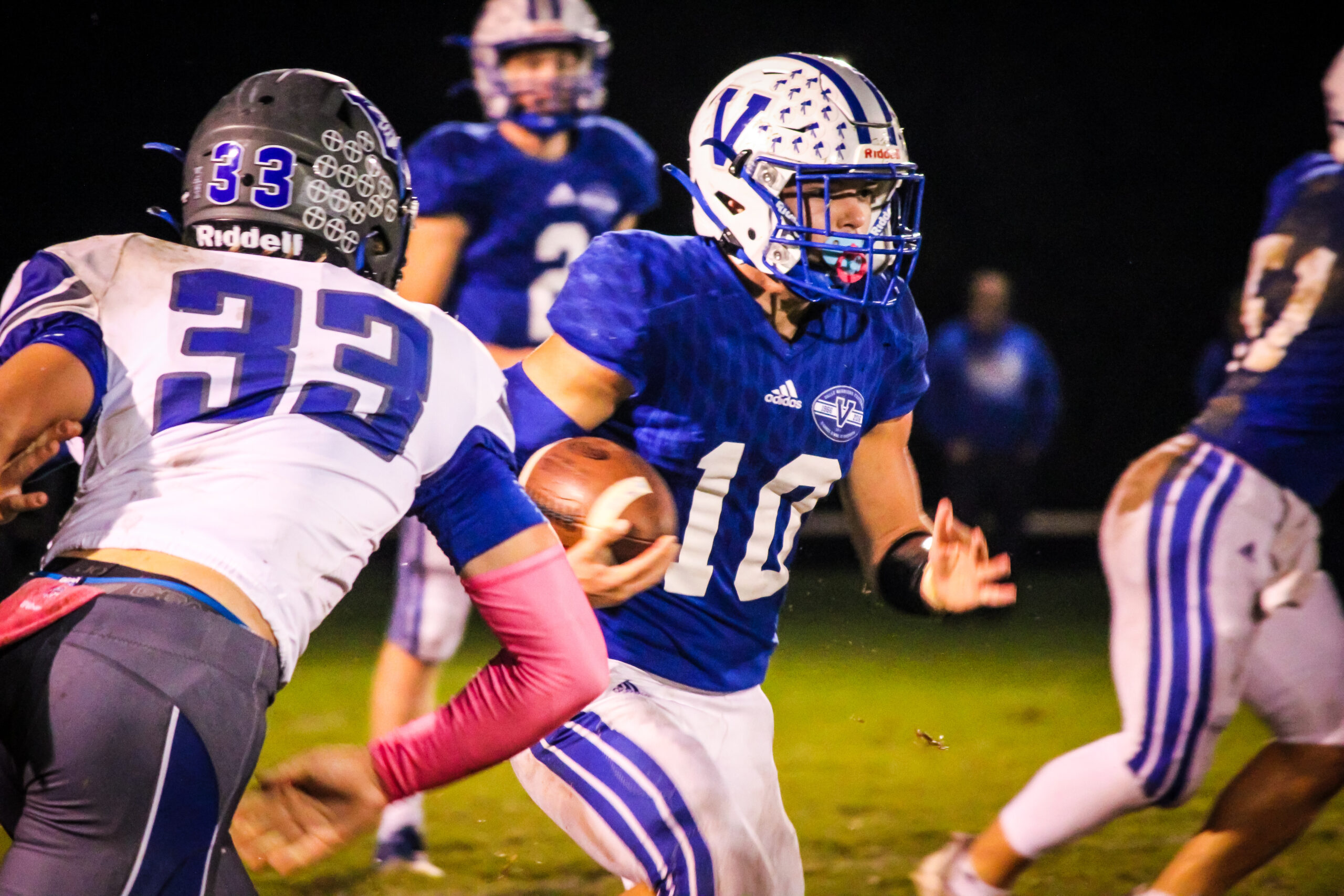 The Valle Catholic Warriors Varsity Football team moved to 8-0 Friday with a 50-14 win over the Westminster Christian Academy Wildcats.

The Warriors have yet to be really pushed to their limits this season and that did not change this week, as they did what they wanted throughout the entire game against the Wildcats. They got things started in the first quarter with a four-play 75-yard drive that ended with a four-yard Bryce Giesler touchdown that gave Valle the lead. They came out on defense and forced a Wildcat turnover before Grant Fallert tossed his first touchdown pass of the game to Aiden Heberlie from 25 yards out that extended their lead to 13-0.

Fallert continued to do damage in the second quarter when he found the end zone with his feet, capping off a seven-play, 60-yard drive. Then, Valle decided to mix things up and dive deep into their bag of tricks. They drew up a play that allowed Heberlie to heave a 37-yard touchdown pass to Isaac Roth. That put the Warriors ahead 25-0 at halftime.

The Wildcats finally found their way onto the scoreboard in the third quarter. That didn’t stop the Warriors attack though. Giesler found pay dirt again, this time it was a 43-yard touchdown run that extended the lead to 32-7. He scored his third touchdown of the game a short time later when he punched in a two-yard score. As If their offense wasn’t enough to deal with, the Warriors blocked a Wildcat punt, recovered it, and returned it for a touchdown. That made it 44-7 going into the fourth quarter.

In the fourth, Tim Okenfuss picked off Westminster to give the ball back to the Warriors’ offense. He then got rewarded for his interception when they handed him the ball and he scored from seven yards out. The Wildcats scored one more time before the game ended and Valle wrapped up the 50-14 victory.

Giesler had as dominant of a game as he’s had all season. He carried the ball 21 times for 195 yards and three touchdowns. Fallert racked up 117 all-purpose yards and two touchdowns. Heberlie caught five passes for 46 yards and a touchdown and also threw a touchdown, while Roth put together 80 yards and a score.

Carson Tucker led the Valle defense with nine tackles and also had a sack and three tackles for a loss. Josh Bieser and Michael Okenfuss each had eight tackles, a sack and a forced fumble. Giesler racked up six tackles while Roth, Noah Elbert and Isaac Viox all had five tackles.

Another week, another Valle Catholic Football victory. The Warriors continue to take care of business and tear apart any team that is put in front of them. For their regular-season finale, they take on the 7-1 St. Pius Lancers on Friday, October 22nd.