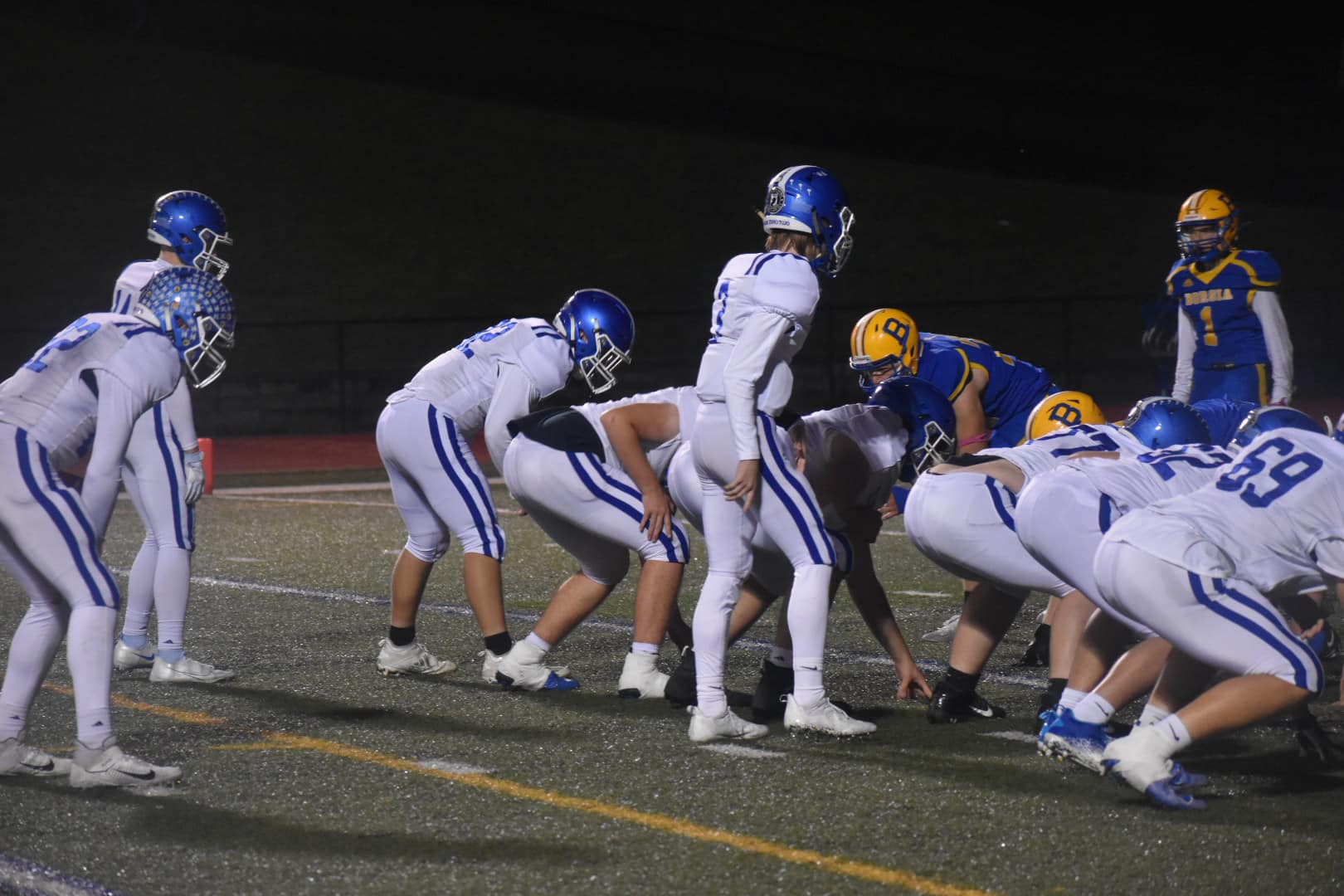 The Hillsboro Hawks Varsity Football team traveled to St. Francis Borgia and gave the Knights a 50-0 beating on Friday.

The Hawks came into this game on a five-game winning streak and had every intention to keep that streak going against Borgia. It didn’t take long for Hillsboro to show its dominance. Griffin Ray found Austin Romaine for a four-yard touchdown pass that gave the Hawks the lead, and they never looked back.

Hillsboro really began to lay it on in the second quarter as Jaxin Patterson broke of two huge touchdown runs in back-to-back drives. The first was from 51 yards out and the second was 61 yards, pushing him past the century mark on the ground before halftime. Romaine then found the end zone once again from nine yards out, which capped off the first-half scoring. The Hawks led comfortably at halftime 28-0.

It was more of the same in the second half. Hillsboro continued to score while also suffocating Borgia’s offense. Ray threw his second touchdown pass of the game, this time to Patterson from 17 yards out. Then, in the fourth quarter, Cohen Linderer made his impact. He scored two rushing touchdowns that put the exclamation mark on the blowout for the Hawks, and they secured the 50-0 victory to move to 7-1.

Romaine once again led the defense in tackles with six and a half. He dominated with three tackles for a loss and a sack, while Cody Bishop was right behind with five and a half tackles of his own. Cruz Valencia and Tyler Watson each had two tackles and Hillsboro held the Borgia offense to a microscopic 23 total yards of offense.

“Our offense has always been dominant, but our defense has never been this consistent and dominant,” Patterson said. “I truly think we play like we’re more brothers than teammates and friends. It’s hard to defeat a team who will ride and die for the guy standing beside you.”

That makes it six in a row for the Hawks. They continue to run the ball all over their opponents while making it increasingly difficult for opposing offenses to score or establish any sort of rhythm.

This team is playing extremely well as the regular season is approaching its end. Next, they travel to Poplar Bluff to take on the 6-2 Mules in what could be their toughest test yet on Friday, October 22nd at 7 pm.