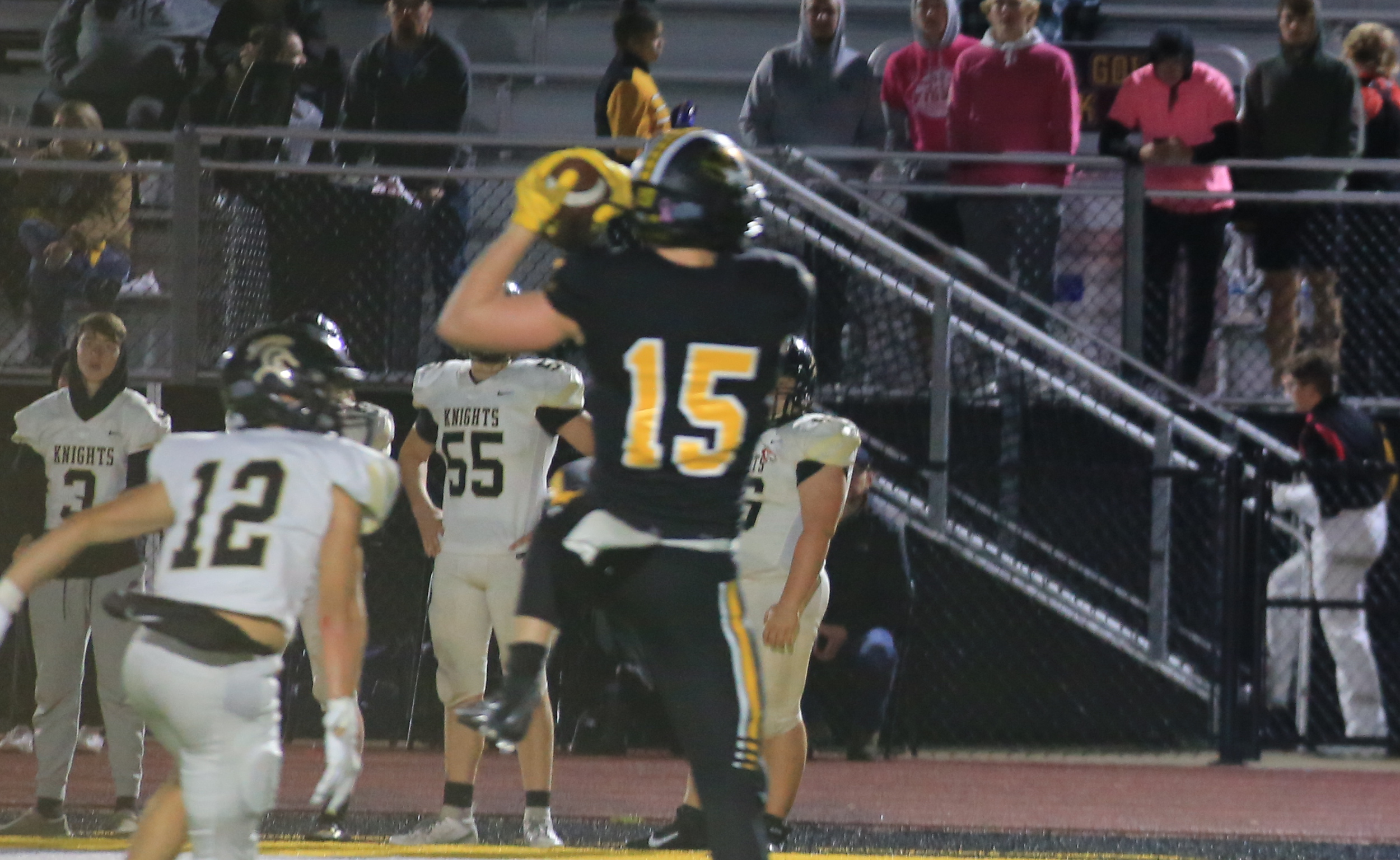 The Festus Tigers Varsity Football team loses another heart-breaker on Friday as their comeback falls short against the Farmington Knights.

The Festus Tigers Varsity Football team dropped another fourth-quarter heart-breaker on Friday as they fell to the Farmington Knights at home 28-20. If you’re thinking you’ve heard this story before, that’s because you have. This is the fourth time this season the Tigers have lost a game they had a chance to tie or win as they had the ball when the clock ran out.

The Tigers have been dominant in all of their wins, and fallen just short in all of their losses. They now sit at 4-4 on the season, and there has to be some frustration for a very good football team that has just had that big play escape them at the last minute. To add insult to injury, the Tigers would be without Dalten Yates and Kaian Roberts-Day in this one.

Week eight started out on a sour note as Farmington had their run game going early. They managed to punch in the only score of the first quarter on a rush from 26 yards out. They would tack on another in the second quarter on a massive 85-yard scramble to go up 14-0, but Festus would respond. Signal caller Cole Rickermann got the Tigers on the board with a 79-yard bomb to WR Arhmad Branch. The extra point missed though and Festus still trailed 14-6.

Things would get worse before they got better, as Farmington ran in another touchdown, this time from five yards out to make the score 21-6. Festus didn’t have an answer as the half came to a close, and they would need to find another level to get back in this game.

Thankfully, Head Coach AJ Ofodile was able to put some fire in the bellies of his Tigers, as they came out with a new kind of mojo in the second half. Rickermann found Branch again, this time from 12 yards out and after three quarters the Tigers had trimmed the deficit to 21-13.

Sadly, the Knights’ rushing attack would continue to be a bugaboo, and they ran in their fourth score of the game with a 46-yard scamper. The Tigers weren’t about to roll over and die though. Rickermann had one more TD in him, this time hooking up with RB Landen Bradshaw for a 66-yard catch and run.

That made the score 28-20, and a one-possession game, with over eight minutes left on the clock. Unfortunately, the Tigers couldn’t muster up another complete drive down the field to tie the game. Turnovers, fourth down stops and inefficiency in the red zone hurt Festus in what could have been a winnable game, but it was still a valiant effort by this gutsy squad that continues to search for that one big play.

Rickermann was excellent once again with 364 yards through the air on 15-of-26 attempts and three TDs. Branch was his go-to receiver in this one, who led in yards and catches with four and 129, respectively, and had the aforementioned pair of touchdowns. Eric Ruess was the other statistical standout through the air with four grabs for 78 yards.

The ground game that was missing some key components, still managed 100 yards rushing, with Bradshaw leading the way with 75 on 12 totes. Rickermann was able to scramble for an additional 23. The defense managed to hold a perpetually-dangerous Farmington squad to just 28 points, and was efficient handling the pass, but they simply didn’t have an answer for the ground game.

The Tigers will attempt to end their regular season on a winning note, with a winning record, as they host St. Charles West next Friday, October 22nd. Kickoff is at 7 pm in Festus.