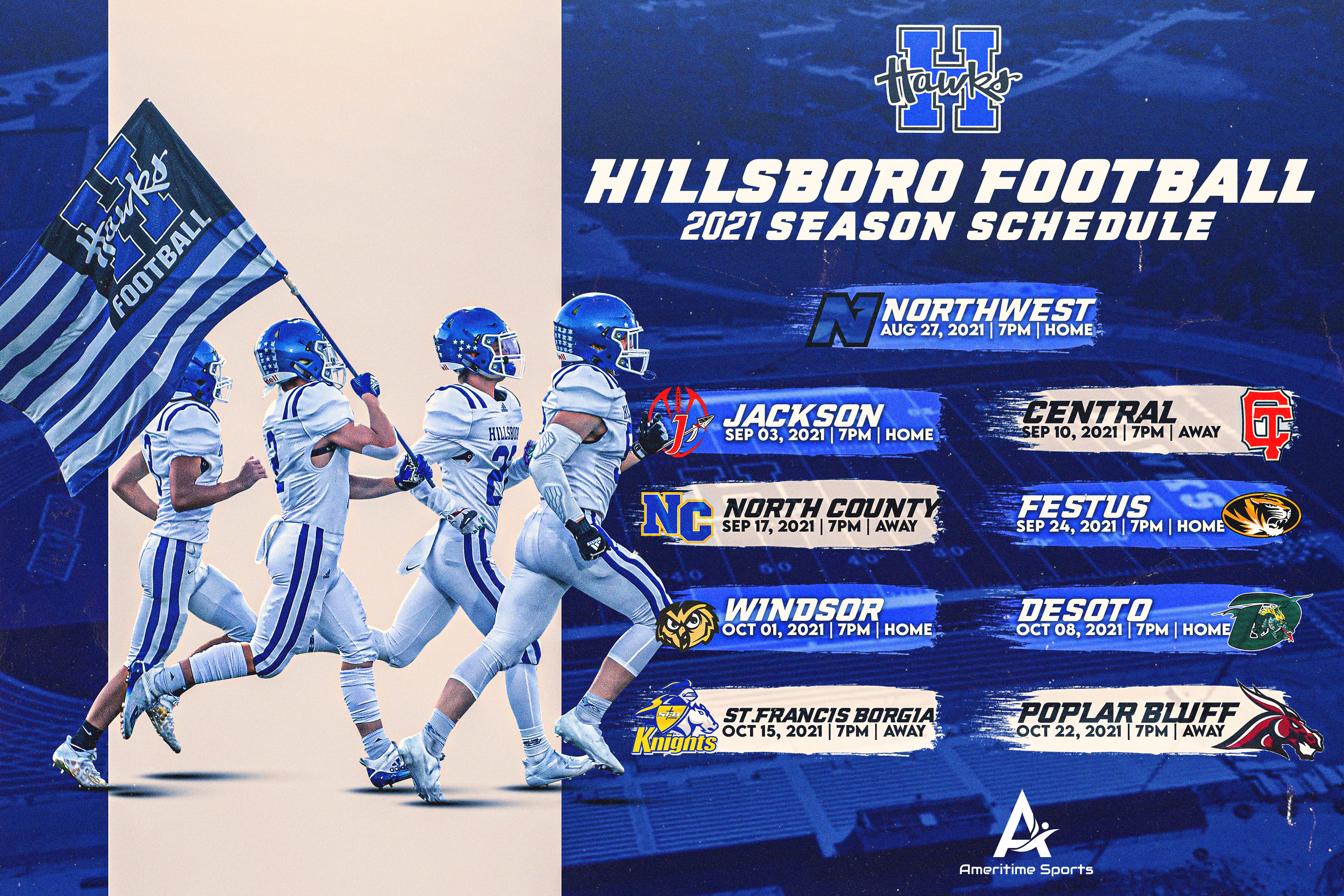 The Hillsboro Hawks Varsity Football team takes on the St. Francis Borgia Knights on Friday, October 15th. The Hawks come into this game looking to extend their winning streak and avenge last year’s loss to the Knights.

The Hillsboro Hawks Varsity Football team is looking for their sixth straight win this week when they run up against the St. Francis Borgia Knights on Friday, October 15th.

Hillsboro is coming into this one riding high off of a 47-0 blowout over the De Soto Dragons last week, boosting their record to 6-1. As it has been for most of the season, the Hawks’ rushing attack was their most effective weapon. Austin Romaine carried the ball eight times for 98 yards and two touchdowns and Jaxin Patterson carried the ball eight games for 87 yards. On the passing side of things, Griffin Ray completed nine of 13 passes for 140 yards and two touchdowns. He also ran in a touchdown. Hillsboro only allowed De Soto to pick up 65 yards of total offense throughout the whole game.

As for the Knights, they have had a rough go this season. They are 0-7 and are coming off of a 54-14 whooping by St. Dominic last week. They have scored just 30 points on the season and have failed to score a point in four of their games.

Last season, Borgia beat the Hawks 35-8, and Hillsboro will surely be coming into this game looking to avenge the loss. The Hawks are going to be eager to extend their win streak while Borgia is still searching for their first win of the season. Look out for the Hawks to travel down to Borgia to take on the Knights on Friday, October 15th.