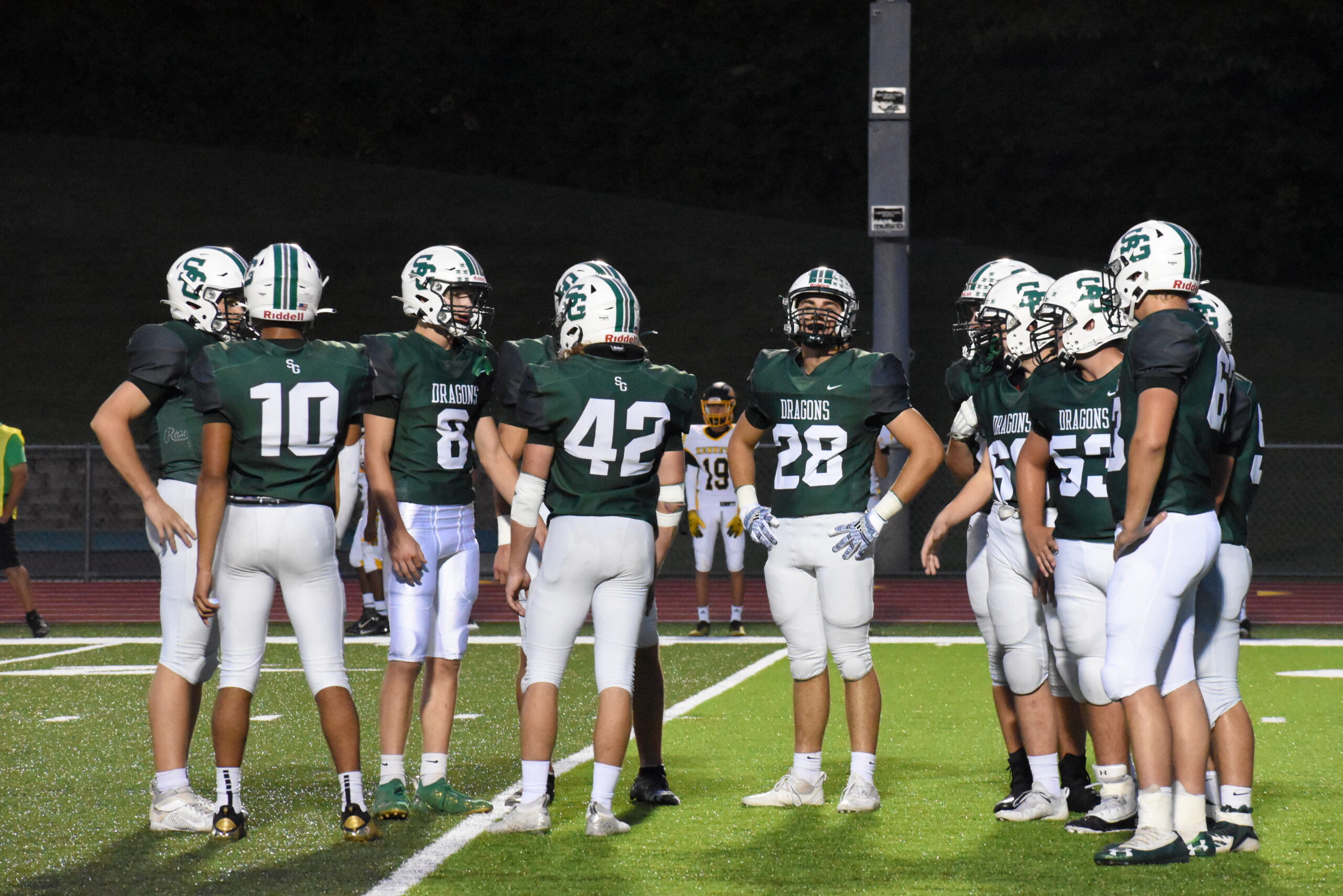 Ste. Gen Explodes for 61 and Cruises Past Perryville

The Ste. Genevieve Dragons Varsity Football team sends the Perryville Pirates home with a 61-7 loss on Friday. Next, Ste. Gen takes on the De Soto Dragons on Friday, October 15th.

The Ste. Genevieve Dragons Varsity Football team welcomed the Perryville Pirates to town on Friday and sent them packing with a sizable 61-7 loss on Friday night.

The Pirates were on the wrong end of a bounceback performance from the Dragons. Ste. Gen lost 28-14 last week to Park Hills Central and it was clear they were eager to get back in the win column.

The Dragons started things off with a special teams touchdown when they blocked a kick and Thomas O’Brien returned it for a quick six. Then, Aiden Boyer and Zach Boyer connected on touchdown passes on back-to-back possessions. Both were over 60 yards and put Ste. Gen ahead 21-0, but the Dragons offense didn’t stop there. Austin McBride broke off a 55-yard touchdown run and then Klayton Squires recovered a fumble and ran it back for a touchdown to cap off a 34-0 first quarter for Ste. Gen.

That was just the beginning though, as the Dragons continued to pile on in the second. McBride found pay dirt for the second time in the game, again from 55 yards out, and Aiden Boyer followed that up with a 29-yard touchdown pass to Wyatt Springkamper. Then, it was yet another play made by the Dragons’ defense when Carter Klump ran back an interception 44 yards for a touchdown. That gave Ste. Genevieve a 55-0 lead at halftime.

The first half contained just about all of the relevant scoring for the game. Perryville broke the shutout in the third when they ran in a six-yard touchdown, but Charlie Corbett capped things off for Ste. Gen with a four-yard touchdown run for the final score of the game. The Dragons won 61-7 and bumped their record to 4-3.

“We played well, we executed early and kept our foot on the gas,” O’Brien said. “We just need to keep playing like how we played Friday and we should be in good shape.”

Jacob Johns led the Dragons’ defense with five tackles. Klump and Tanner Weiler had three tackles each and one for a loss. Klump had a pick-six and Mason Nix had an interception as well, while Squires had two tackles and recovered a fumble for a touchdown. The Pirates were held to just 68 yards of total offense.

The Dragons’ offense, more specifically the passing game, got back to its high-scoring ways this week after a lackluster performance last week against Park Hills. There’s no doubt they are glad to be back over the .500 hump and they’d like to stay there for the remainder of the year.

Next, they travel to De Soto to take on the Dragons next Friday, October 15th at 7 pm.

Ste. Gen Explodes for 61 and Cruises Past Perryville