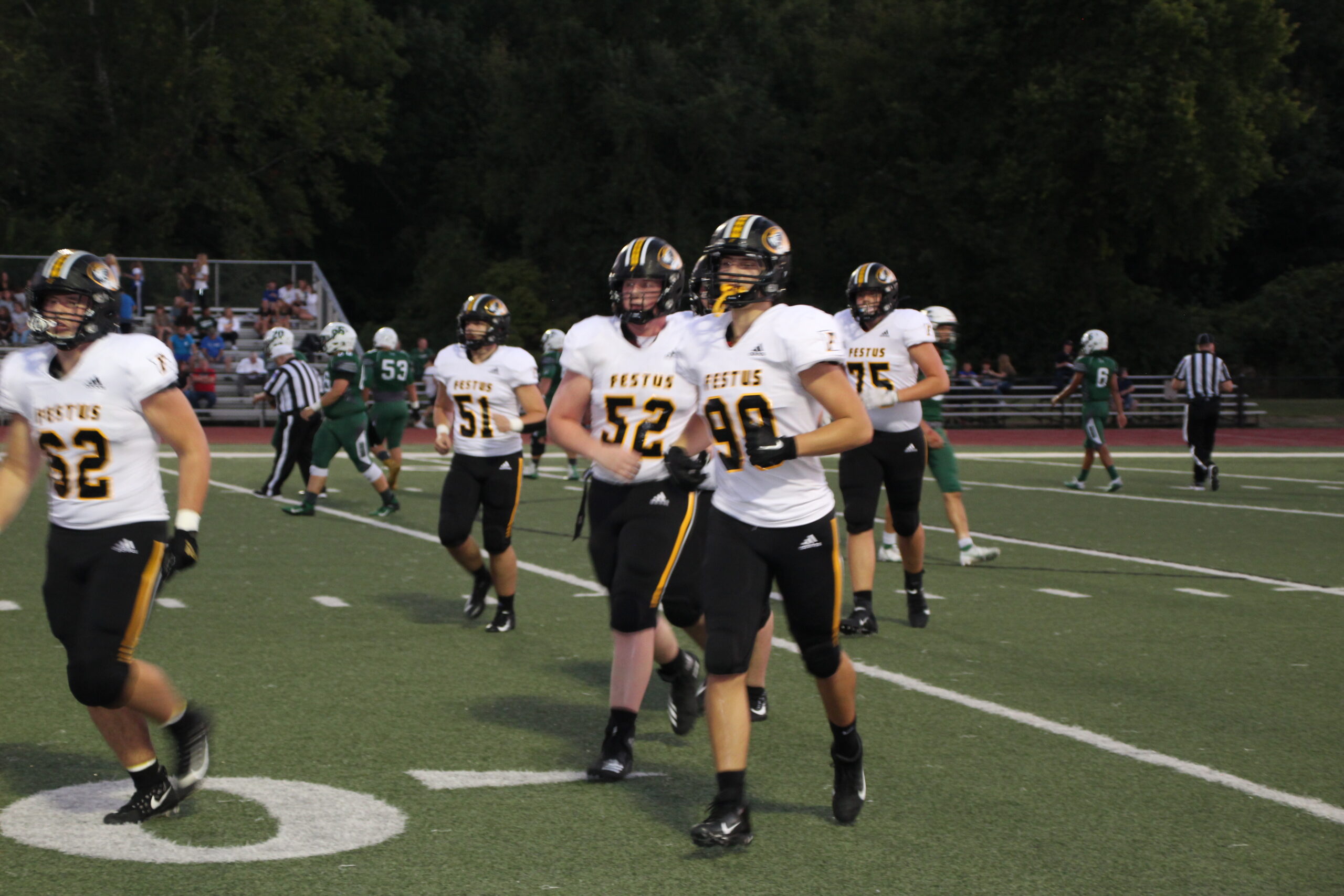 The Festus Tigers Varsity Football team wins their third straight after dismantling the De Soto Dragons 62-6 on Friday night. The Tigers now sit at 3-1 on the season.

The Festus Tigers Varsity Football team moved to 3-1 on the season as they leveled the De Soto Dragons 62-6 on Friday night in De Soto. It was the third win in a row for the Tigers after a heart-breaking loss in week one to Ste. Genevieve.

The game started off with a defensive firework, as Dalten Yates snagged an interception and took it 38 yards to the house for a pick-six and a 7-0 lead. The Dragons answered quickly with a TD of their own, but failed on the point after try and still trailed 7-6. That was the only offense De Soto would be able to scrounge for the entirety of the game.

About a minute later Landen Bradshaw would punch one in with an eight-yard run before QB Cole Rickermann hooked up with WR Isaac Stucke for a 35-yard TD pass to make the score 21-6 after one quarter of play.

The second quarter opened up with a big lead and the ground game in full force. Bruising running back Kaian Roberts-Day found the end zone from three yards out and then D. Yates did the same with his three-yard TD about four minutes later. Rickermann then got back to work and connected with Landen Yates for a 42-yard bomb that made the score 42-6. But the half wasn’t over yet. Roberts-Day got after it again and this time broke one off for a 37-yard TD and put the Dragons in a 49-6 hole as the half came to a close. 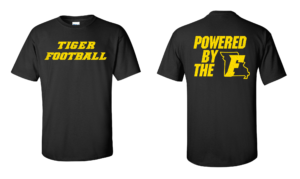 The second half showcased some of the younger talent as the game was already out of hand. Essien Smith got in on the fun with a 33-yard TD run in the third quarter, while Gavin Grass ran one in from nine yards out for the cherry on top. That made the final score 62-6 and Festus had their third straight victory.

Defense and kicking were key in this one as the Tigers kept the Dragons off the board after that first quarter touchdown. Dalton Yates, in addition to his INT for a TD, also blocked a punt and an extra point, and new addition Emily Holt was brilliant once again going 8-of-9 in PATs. She’s now 15-for-17 on the season and has been a revelation at the kicking position for Festus.

Rickermann was 4-of-7 through the air for 165 yards and a pair of TDs, but the ground game was the story in this one. Smith was the leader with 54 yards rushing, but Roberts-Day was just two behind him with 52 and a pair of TDs. Arhmad Branch led in receiving with a pair of catches for 88 yards, followed by Stucke who had two catches for 51 and a score.

The Tigers seem to have put all the pieces of their overall game together the past three weeks, and the timing couldn’t be better. Next Friday the Battle for Highway A continues as they take on their crosstown rivals, the Hillsboro Hawks. This year the matchup is being called the POW/MIA game and will take place next Friday, September 24th in Hillsboro. Kickoff will be at 7:30 pm.