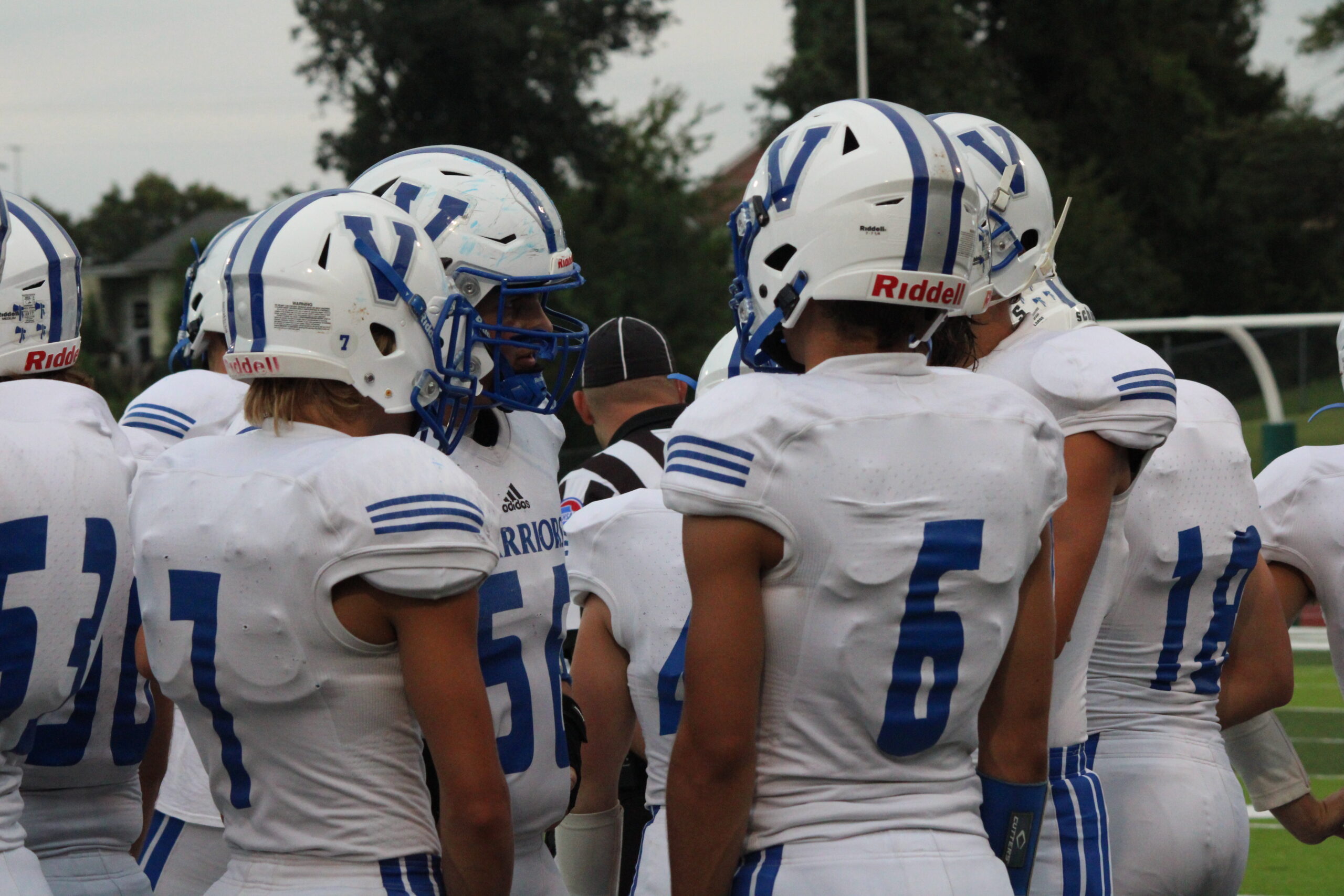 By the end of the first quarter, you wouldn’t have guessed this game ended so lopsided. Chase Fallert kicked things off for Valle with a 67-yard touchdown pass to Bryce Giesler that gave the Warriors the initial lead. St. Dominic evened things up a short time later when they stuffed in a one-yard touchdown. The second quarter started knotted at seven.

To say Valle turned it on in the second would be an understatement. Grant Fallert started the avalanche when he ran in a two-yard touchdown to give his team back the lead. Grant then took over for his brother, Chase, at QB after the latter suffered an injury. Aiden Heberlie decided he wanted in on the fun and ran back a punt 58 yards for a touchdown. Then, Giesler found the end zone again with his legs from two yards out. Grant Fallert finished the quarter as he started it, in the end zone. He ran in another touchdown from four yards out to cap off a 28-point second quarter for Valle. They went into the half ahead 35-7.

Neither side made too much noise in the second half. Giesler found the end zone once more in the third quarter to put the cherry on top of the blowout. Nobody scored in the fourth. Valle wrapped up the 42-7 victory and opened their season 4-0.

“Everyone played their heart out this game,” Heberlie said. “We had a lot of people banged up and younger players stepped up and gave us everything they had. The season is going great. We are still putting things together and looking to get better every game.”

The upperclassmen continued to commend the young guys for stepping up and making things happen in the absence of some key players.

“We had a couple of guys get hurt including myself, but we had people step up big time,” Chase Fallert said. “Grant Fallert took over for me and did a fantastic job. This is a win that will give us momentum going forward and I look forward to the rest of the season.”

Josh Bieser led the defense with eight total tackles with three of those tackles going for a loss. Brandon Giesler was just behind with six of his own. Bryce Giesler, Michale Okenfuss and Carson Tucker all had four. They held the Crusaders to 140 total yards of offense.

The Warriors have cruised through their first four games of the season, which all happened to be away games. They finally come home for the first time this season to battle it out with St. Francis Borga. They take on the Knights on Friday, September 24th at 7 pm.