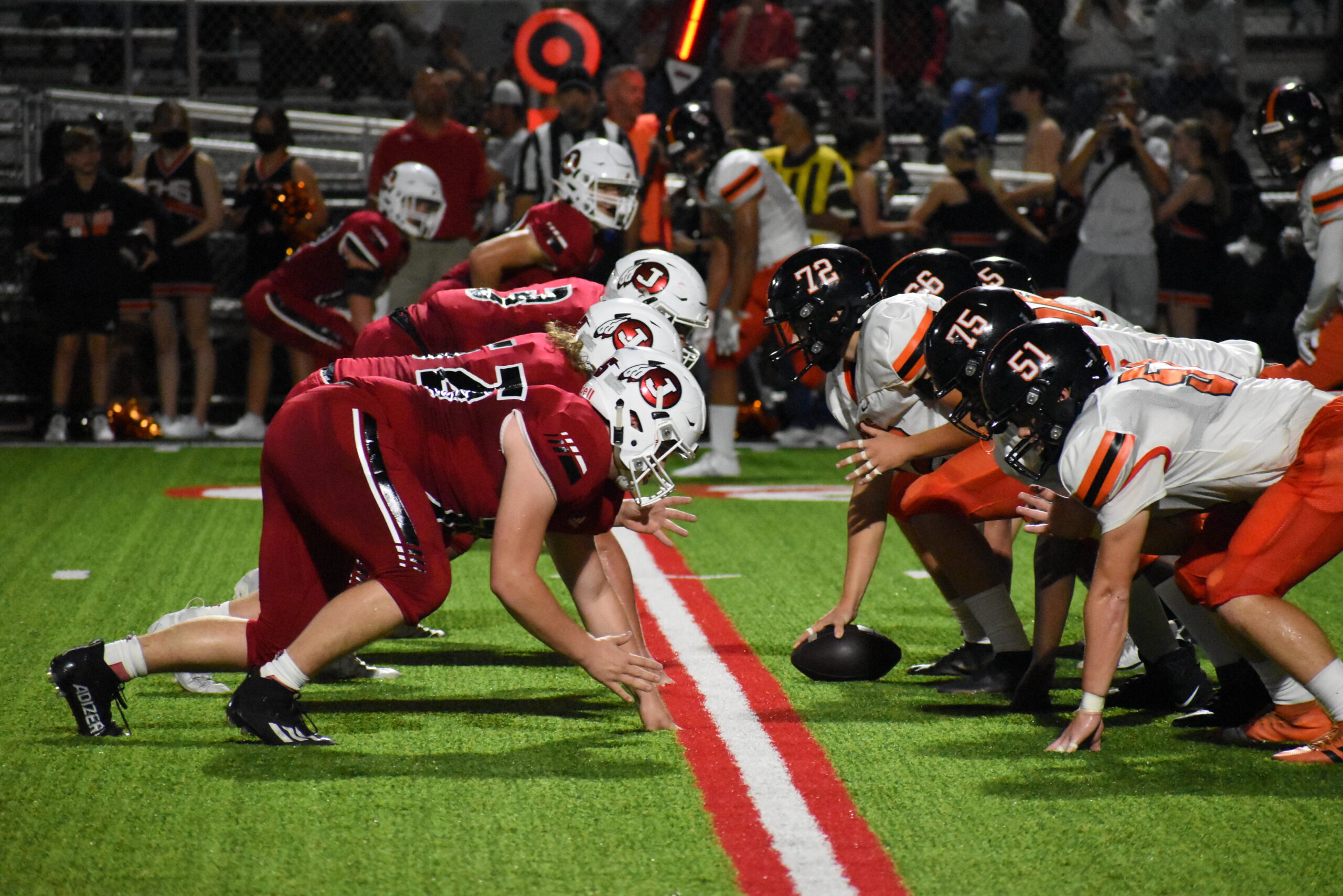 The Jackson Indians Varsity Football team kept their perfect season alive on Friday as they shut out the Cape Central Tigers in the annual rivalry game. The Indians are now 4-0 to start the year.

For us, it was our first night witnessing the incredible atmosphere of a Jackson football game at “The Pit”. It was an amazing experience that you won’t find anywhere else other than Jackson, and that folks is something to hang your hat on!

The stretch of domination continued on this Friday night as the defending State Champion Jackson Indians Varsity Football team shut out the Cape Central Tigers 48-0 on rivalry night. The Indians now sit at 4-0 on the season and have yet to be legitimately challenged in 2021.

The first quarter started out with a bang, as the Indians had their ground game working. Running back Tony Williams punched in a score from three yards out at 9:47 and then again from two yards out just three minutes later. After a pair of successful PATs by Logan Bruns, the Indians were up 14-0.

The second quarter started out much like the first, except this time it was Joshua Wehrenberg with a 50-yard scamper that made the score 21-0. Then on the Tigers’ possession, after being forced to punt, Flint Guilliams secured the kick and ran it back 67 yards for the score. Less than two minutes later it was Williams again as he bulldozed his way to an 11-yard TD. That made it 35-0. 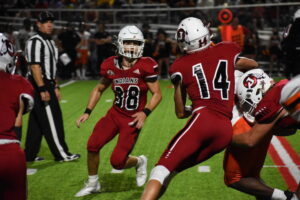 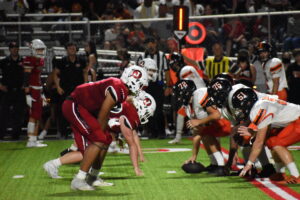 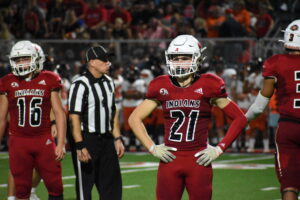 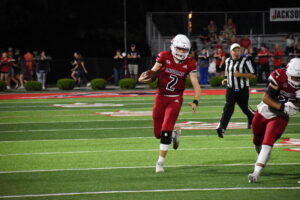 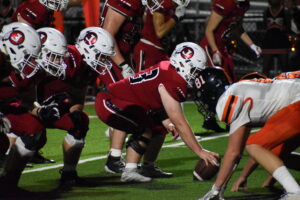 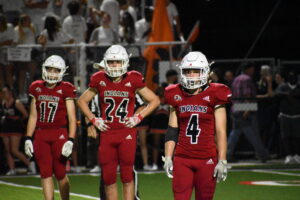 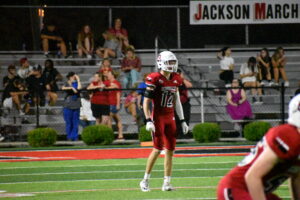 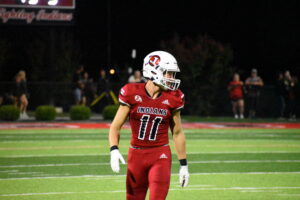 Flint Guilliams commented on the first punt return TD of the season and the Indians’ positive results to this point in the year. “It was exciting to finally take one back for a TD, especially on rivalry night. I think all the guys are feeling pretty pumped after that win last night, but there is still some stuff we need to clean up on both sides of the ball for sure. I’m excited for the upcoming games and getting better throughout the season.”

Quarterback Cameron Marchi wanted to get in on the fun as well, so he hooked up with his favorite target Kannen Turley for a 36-yard passing touchdown with less than a minute to play in the quarter. After one half of football, the Indians found themselves with a 42-0 advantage and the victory securely in  their grasp.

Marchi commented on the win, saying, “I thought the game went well. Our Linemen had a great game and really opened up our running game. Also our receivers made big plays when their name was called, and it was really good to see the young guys get in and get some work too.”

Turley echoed his QBs’ thoughts, saying, “I believe we started off well. Everyone did there job and worked hard. The season is going well. Working hard pays off.”

The second half saw plenty of substitutions and valuable minutes of experience for some of the younger players. Running back Zach Zimmerman got in on the scoring with a four-yard run in the fourth quarter and Jackson had themselves a 48-0 win, and a perfect 4-0 record.

Marchi was 7-of-9 for 94 yards and a TD through the air, but this one was all about the run. Wehrenberg led the ground attack with 99 yards and a TD on just five carries, while Williams had 89 yards and a trio of touchdowns. Turley was the leading receiver with his 36-yard TD grab.

The defense was on point in this one though. The Indians were virtually impenetrable as they allowed just 50 total yards of offense on 42 plays by the Tigers. Out-gaining an opponent 405-50 is about as dominant as it gets, and resulted in the Indians’ second shutout of the season. Griffin Horman and Gavin Guilliams led the way with six tackles apiece, and Flint Guilliams chipped in with four tackles (two for a loss) and that huge punt return TD. TJ Altenthal added the game’s lone interception.

As for the kicking side of things, Bruns was a perfect 6-of-6 on PATs and had this to say about his team’s kicking game, “The reason our PAT team is so dominant is because of the countless extra hours we put into our preparation. Our long snapper Nick McClard and I went to St. Louis just about every Sunday last season for kicking/snapping lessons. Those Sundays plus the extra time after practices we put in builds a trust between the three of us that makes our mechanism look so smooth and automatic in games.”

He followed up with, “The biggest moment to me was the pure electricity I felt from the crowd on that opening kickoff. Opening a game with the kickoff always gives me butterflies in my stomach, but those butterflies, the anticipation of setting the tone, and the roar of the crowd always seem to give me an extra boost on that first kick. After feeling the ball bounce of my foot, seeing it fly through the back of the end zone, and finally letting in that electricity from the crowd… there’s no better feeling in the world. The town of Jackson is just so good at bringing energy to football games.”

The Indians are firing on all cylinders this season and will look to make it five wins in a row this year and 19 straight since the beginning of their Championship run in 2020. Next Friday, September 24th they take on the 2-2 Sikeston Bulldogs in their continual pursuit of perfection. Kickoff is at 7 pm in Jackson.