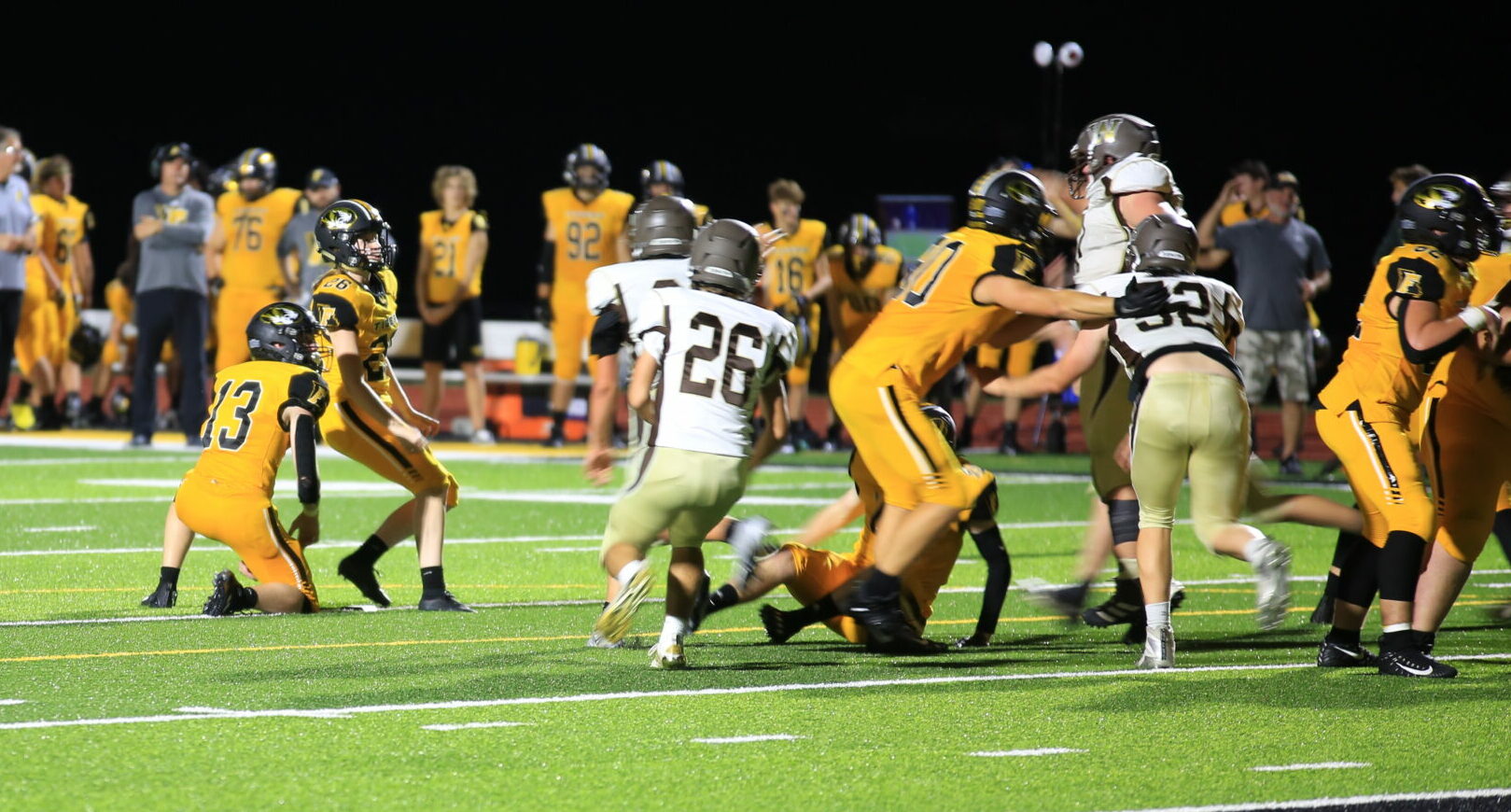 Festus Dismantles Windsor and Makes History in the Process

The Festus Tigers Varsity Football team crush the Windsor Owls for their second win of the season and make history by starting Emily Holt at kicker, cementing her as the first female football player in Festus history. Holt goes 7-of-8 in PATs in her ground-breaking start.

The Festus Tigers Varsity Football team absolutely wrecked the Windsor Owls on Friday night 62-14, but two prominent things occurred outside of the impressive final score. Baylor-committed running back Kaian Roberts-Day found his groove for the first time this season and kicker Emily Holt broke the barrier as the first female athlete to compete on the football field for Festus.

Despite how impressive the win over the Owls was, which moved the Tigers to 2-1 on the season, some recognition for a barrier-breaking player is certainly warranted. Kicker, Emily Holt, who accrued enough practices to compete in a game for the first time, put on a clinic with her leg. The first ever female football player for the Festus Tigers went 7-of-8 in PAT attempts and looks like she has cemented a well-deserved spot on the Tigers’ roster moving forward. 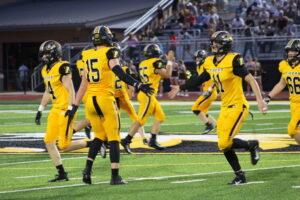 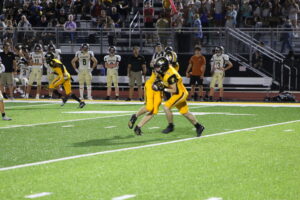 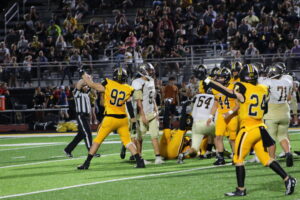 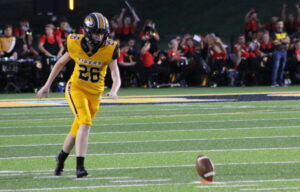 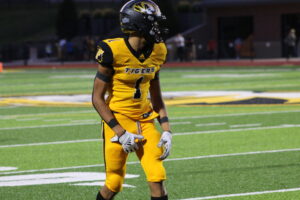 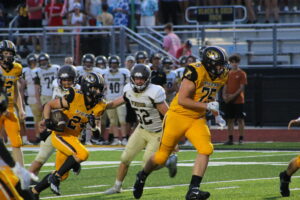 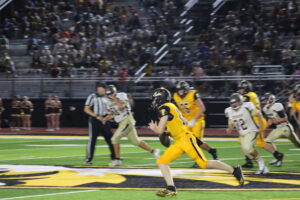 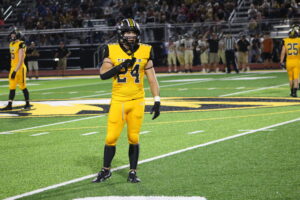 As for the game itself, Ms. Holt wasn’t the only one who dominated on Friday. The Tigers as a team just flat-out ate the Owls’ lunch, and cruised to a dominant victory before the first quarter even ended. Rushing the football was the name of the game in this one and it started with Roberts-Day making waves with his revamped ground game. The Senior RB, who is headed to Baylor next year, had a quiet first two games, but showed why he is a highly sought after D1 talent in this one.

Roberts-Day broke off runs of 1, 5, 25 and 98 yards on Friday. All for touchdowns. He managed to gain 163 yards on just eight carries and found the end zone half of the time he touched the ball. That’s good for 20.4 yards per carry for those keeping score at home. The big right arm of QB Cole Rickermann in tandem with a running back like Roberts-Day is a duo that should strike fear into the hearts of opposing teams this season. And it looks like Festus has found their groove.

Roberts-Day described his day with this, “I just needed to find my spark and intensity. And it felt good finally getting something going and something I can build on.”

Dual threat Eric Ruess commented on the game by saying, “We played with high intensity and great effort through all four quarters. This was a great game to get things rolling and play as a team so the rest of the season I just want to continue to play to our potential.”

This tilt against Windsor wasn’t your typical Festus box score as Rickermann had just 156 yards through the air and no TDs, but that was because the ground game was so unstoppable that the match just got out of hand too early. Festus rushed for 340 yards as a team and, despite Roberts-Day’s big total, Landen Bradshaw (8-yd TD), Dalten Yates (13-yd TD) and Essien Smith (64-yd TD) also found the endzone with their legs in this one.

Center Connor Holt chimed in about his QB’s impact on a weekly basis with, “I think Cole is really seeing the field well and making big plays same with our wide receivers and tight ends. I see us continuing to get wins and improving on both sides of the ball, working on little things like hat placement and footwork.’

But let’s not forget the defense, who held Windsor to just two scores all game and also put some points on the board themselves. An 87-yard kickoff return for a touchdown on special teams and a pick-six helped pad an already insurmountable lead for the Tigers.

Tyler Harris commented on the team’s overall performance by saying, “I think the team is really getting familiar with how we want to do things and who we are as a group. I see us doing some big things the rest of the season if we just stick together and go out and work as hard as possible every day.”

Festus made waves in this one and showcased some impressive and historically ground-breaking talent along the way. They now have put back-to-back wins together, are sitting at 2-1 overall and look to make it three in a row next week.

Next Friday they travel to De Soto to take on the Dragons and attempt to pick up their third victory this season. Kickoff is at 7 pm on Friday, September 17th.

Festus Dismantles Windsor and Makes History in the Process