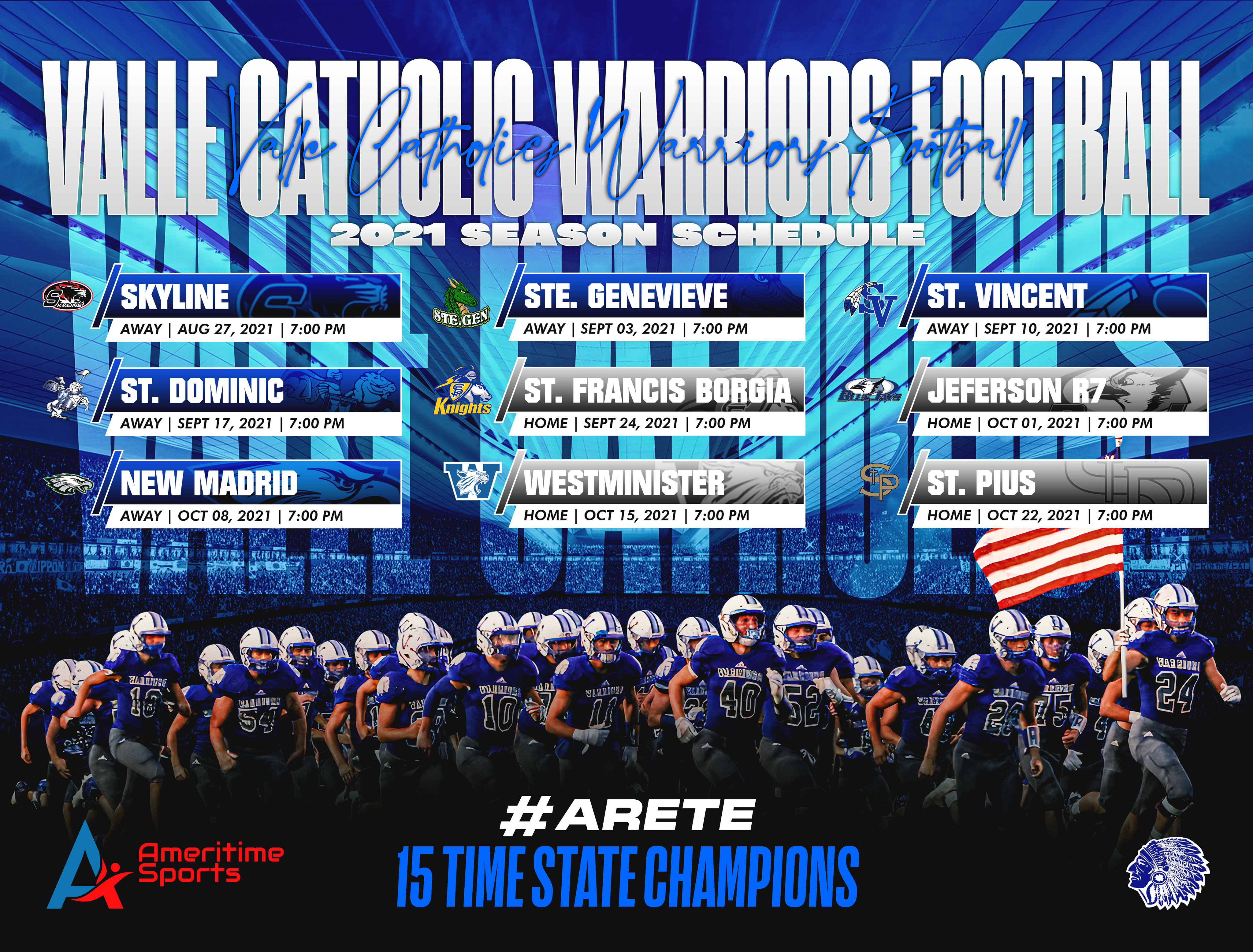 The Valle Catholic Warriors Varsity Football team is looking for their third win of the season Friday, September 10th against the St. Vincent Indians. They are coming off of two blowout wins against Ste. Genevieve and Skyline that led them to 2-0 in 2021.

The Valle Catholic Warriors Varsity Football team is off to a red-hot start. They are 2-0 and set to run up against the St. Vincent Indians in their week three matchup on Friday, September 10th.

Valle made quick work of their crosstown rivals, the Ste. Genevieve Dragons, last week. The Warriors won 46-0 and ran the ball down their throats for the entire game. Chase Fallert ran for 104 yards on 11 carries and scored three touchdowns. He also passed for 157 yards and one touchdown. He was the Dragons’ worst enemy from whistle to whistle. Aiden Heberlie caught five passes from Fallert which was good for 116 yards and a touchdown. Bryce Giesler and Alex Viox each ran for over 70 yards as well.

The Indians have started their season 1-1 and are coming off of their first win. They beat Scott City last week 28-26. In week one, they didn’t have as much luck. They were blown out 40-0 by Park Hills Central.

Valle and St. Vincent have been running up against each other for years and the Warriors have controlled the rivalry for over a decade. St. Vincent has not beaten Valle since 2006 in the State Playoffs. Since then, the Warriors are 14-0 and have let St. Vincent score over ten points in just one of those games. Last season, Valle crushed the Indians 63-7.

You can bet Valle is motivated to maintain the dominance they’ve had over St. Vincent. The Warriors have outscored their opponents 96-14 so far this season and they aren’t going to let up this week. The week three battle kicks off at 7 pm on Friday, September 10th at St. Vincent.