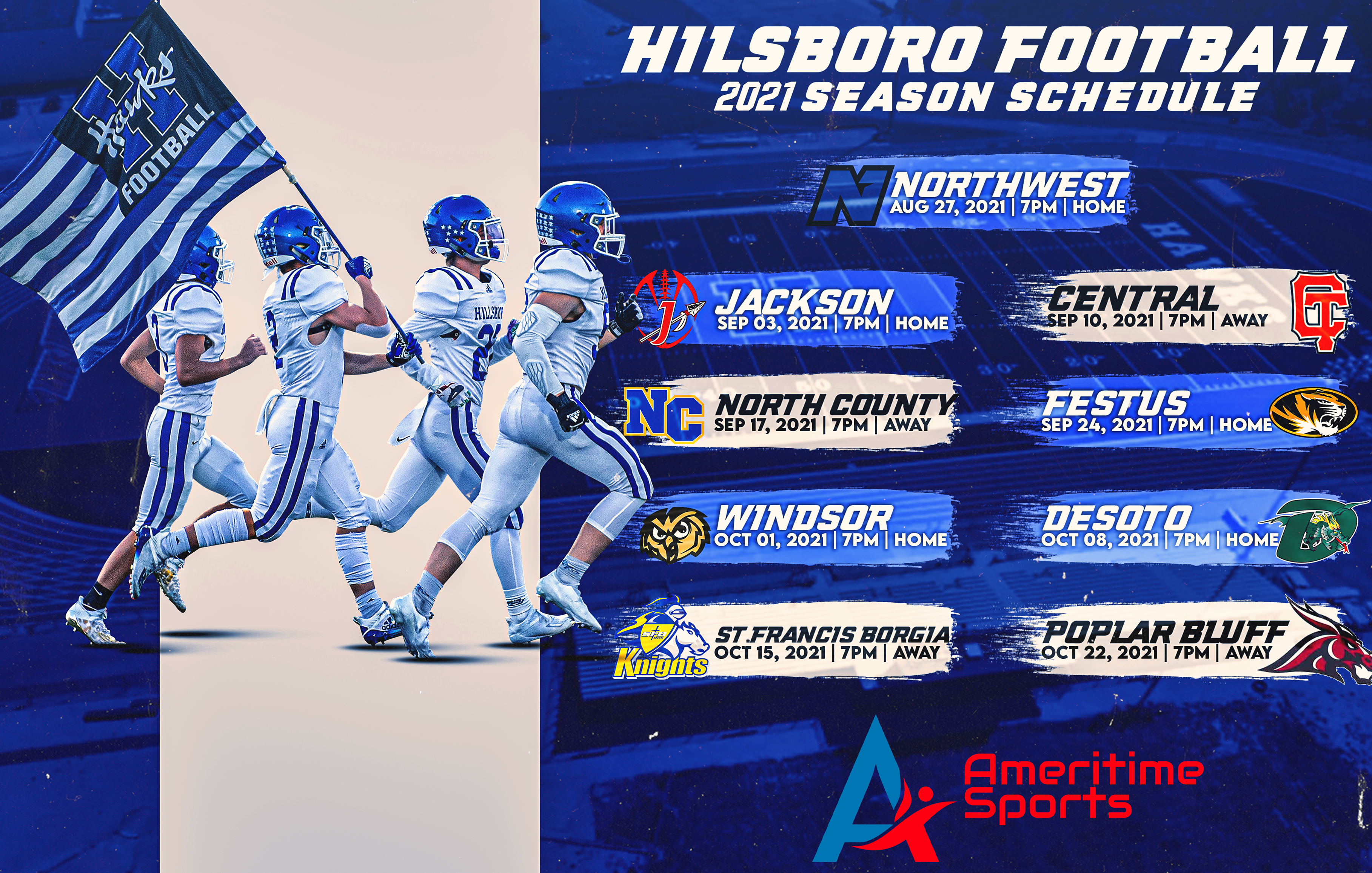 The Hillsboro Hawks Varsity Football team runs up against the Cape Central Tigers on Friday, September 10th as they try to bounce back from a big week two loss to Jackson.

The Hillsboro Hawks Varsity Football team comes into week three off of a humbling loss to the Jackson Indians. They look to pick up their second win of the season against the Cape Central Tigers on Friday, September 10th.

The Hawks took care of business in a big way in week one in their blowout win over Northwest. Then they welcomed the defending State Champion Jackson Indians to town in week two and it didn’t go as well. Jackson won 42-0 and kept Hillsboro quiet all game. Jaxin Patterson had some success though, as he carried the ball 30 times for 132 yards. Payton Brown also picked up 48 rushing yards on ten carries. Hillsboro only completed three passes throughout the entire game though and struggled to find the endzone.

Central has only played once this season. They ran up against Parkway North in week one and lost 50-19. By the time the game against Hillsboro kicks off, they will have had 13 days without playing a football game.

This matchup has swung back and forth over the years. Last season Hillsboro beat Central 47-20, and the Hawks have won two of their last three meetings. However, they are 3-4 against the Tigers dating back to 2012.

Hillsboro was on cloud nine after their week one win over Northwest. They were at the opposite end of the spectrum in their big loss last week. They are very motivated to get back on track and Central is standing in their way. This game kicks off at 7 pm Friday, September 10th in Cape Girardeau.