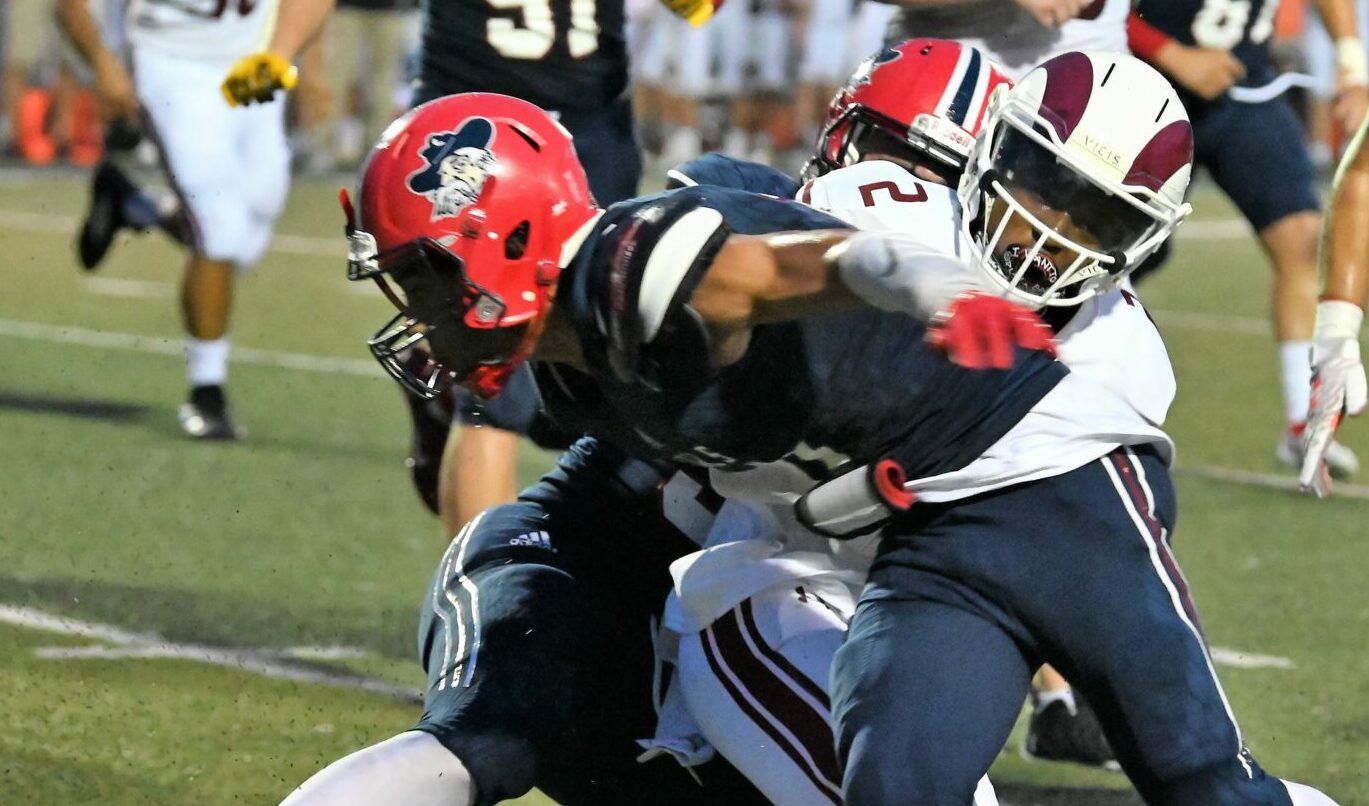 The Park Hills Central Rebels Varsity Football team fall by the score of 59-52 in a week two offensive shootout with the MICDS Rams.

When the dust settled late Friday night, September 3rd, the MICDS Rams had defeated the Park Hills CentralRebels by the score of 59-52. After an explosive football game, the Rebels are now 1-1 on the season.

Central received the opening kickoff and moved the ball 80 yards in only three plays to put up a touchdown at 11:02 in the first quarter. Dayshawn Welch had the final carry of the drive, taking the ball 21 yards, to put the Rebels up by seven early.

MICDS fired back and managed to score two touchdowns in the first quarter. The Rams first extra point was blocked by Dylan Holifield, but still took a lead 13-7 lead into the second quarter. 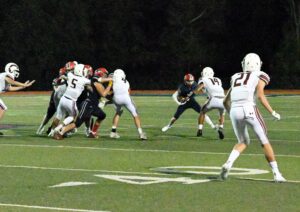 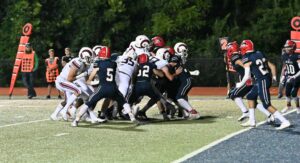 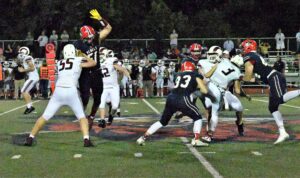 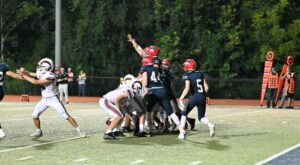 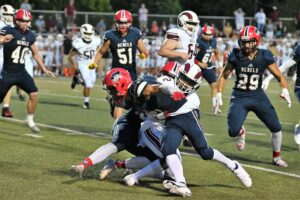 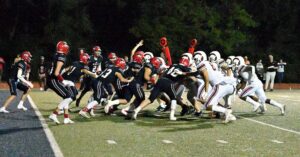 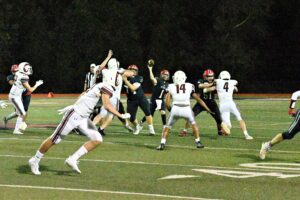 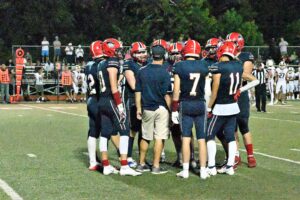 Five touchdowns were scored in the second quarter. The Rams scored first, putting up another quick seven.

The Rebels responded as Welch went 76 yards on the first play of the drive to make the score 20-14, with 9:38 left in the half.

The defense came up big and stopped the Rams on their ensuing possession. The Rebel offense took the field and marched down to the 10-yard line, where Jett Bridges found Slade Schweiss on a fourth and goal play with only 2:05 remaining, putting the Rebels up by one, 21-20.

MICDS responded quickly with a touchdown in only 40 seconds, taking the lead 27-21.

Central, working with very little time, ran a shovel pass to Jobe Bryant who carried the ball 55 yards down to the four-yard line. Welch then pounded it three more yards getting to the goal line, but didn’t cross it. On the final play of the half, Bridges found Ruger Sutton in the back of the end zone for the final score of the half, giving the Rebels the lead 28-27.

The third quarter started with a big defensive stop by Central. Upon receiving the ball back, Central was hit with a false start penalty that kept them from converting a third and six. The fake punt also failed, so MICDS took over on downs. The defense held firm and forced MICDS to kick a field goal to take the lead 30-28 with 7:27 left in the third.

On the ensuing possession, Central moved the ball down the field, but once again turned it over on downs. MICDS capitalized on that and completed a 41-yard pass to score a touchdown, and take a 37-28 lead, with 2:59 left in the quarter.

Central then was able to pound in a touchdown on a one-yard run from Welch, who also scored the two-point conversion, cutting the MICDS lead to one-point, 37-36.

On MICDS’ next possession, they scored a touchdown and also converted for two extra points, making it 45-36 with 8:44 left in the fourth.

Next, Welch again scored a short yardage touchdown run. Sutton added the two-point reception to bring Central back to within one, now 45-44 with 6:57 remaining.

MICDS put up another quick seven, stretching the lead back out to 52-44 with 3:39 left in the quarter.

Central fired back, as Bridges hit Bryant on a slip screen for a 60-yard touchdown pass. Welch punched in the extra two points, tying the game 52-52, with only 1:50 remaining in the game.

A big MICDS return on the kick-off, plus an additional late-hit penalty, put the Rams on the Central 30-yard line. With only 10 seconds left, MICDS ran the ball into the end zone for the final touchdown, and the win, 59-52.

Central’s Jason Pyatt commented on his team’s performance after the game, and said, “We will take our effort going into week three! Even though we lost we played our hardest and will be a potential threat after districts.”

Offensively, the team lit up the skies. Bridges attempted 25 passes, completing 16, with three touchdowns. His main receiver was Bryant, who collected five passes for 142 yards, and a touchdown. Schweiss had four catches for 39 yards and a touchdown.

On the ground, Welch had 22 caries for 240 yards, four touchdowns and a pair of two-point conversions. Welch said, “We just need to work on the little things. Don’t turn the ball over like we did last night, but overall I think we played really well and we just need to keep working to get better.”

Bridges also had 16 carries for 98 yards.

The Rebels will now take a long weekend to regroup, as they prepare for week three foes, the 1-1 Perryville Pirates, who will travel to Central for a 7:00 p.m. game on Friday, September 10th.