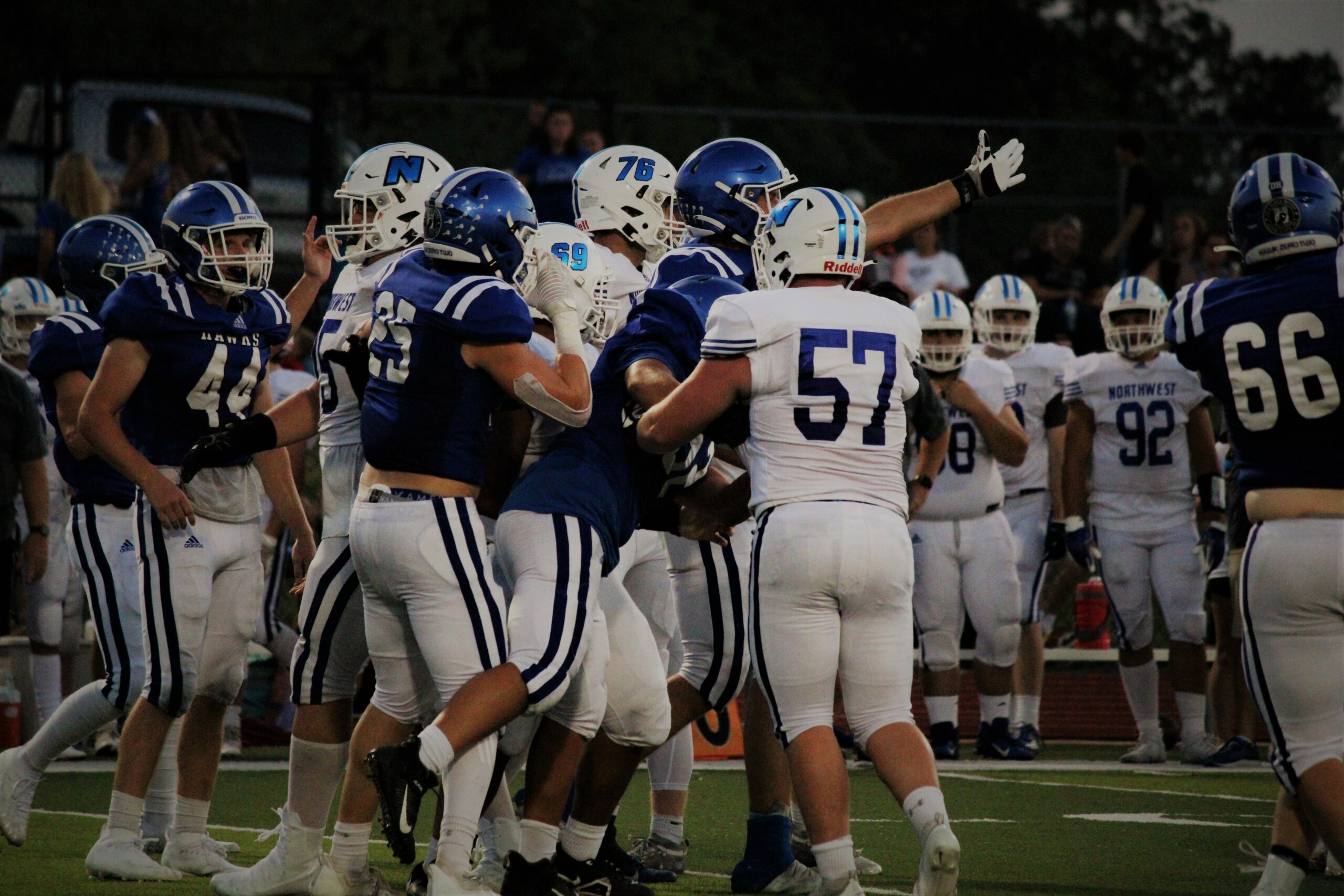 The Hillsboro Hawks have officially kicked off the 2021 football season in dominant fashion. They shutout the Northwest Cedar Hill Lions 49-0 on Friday for their first win of the season.

“It felt great to be back again,” Austin Romaine said. “It’s been a long offseason and we’ve been itching to play.”

The Hawks were eager to get their season underway and it showed early. Romaine ripped off a 70-yard touchdown run with less than a minute off the game clock and gave his team the initial 7-0 lead. The game was far from over, but Hillsboro never looked back.

About two minutes later, Griffin Ray pushed a four-yard run across the goal line. Nicholas Marchetti converted the extra point and put the Hawks up 14-0. Hillsboro continued to do damage in the first quarter. Romaine gouged the Lions’ defense once again with another huge touchdown run, this time for 76 yards. Tyler Watson capped off their first quarter frenzy with a 63-yard touchdown run. Marchetti converted both extra points and Hillsboro was up 28-0 heading into the second quarter. 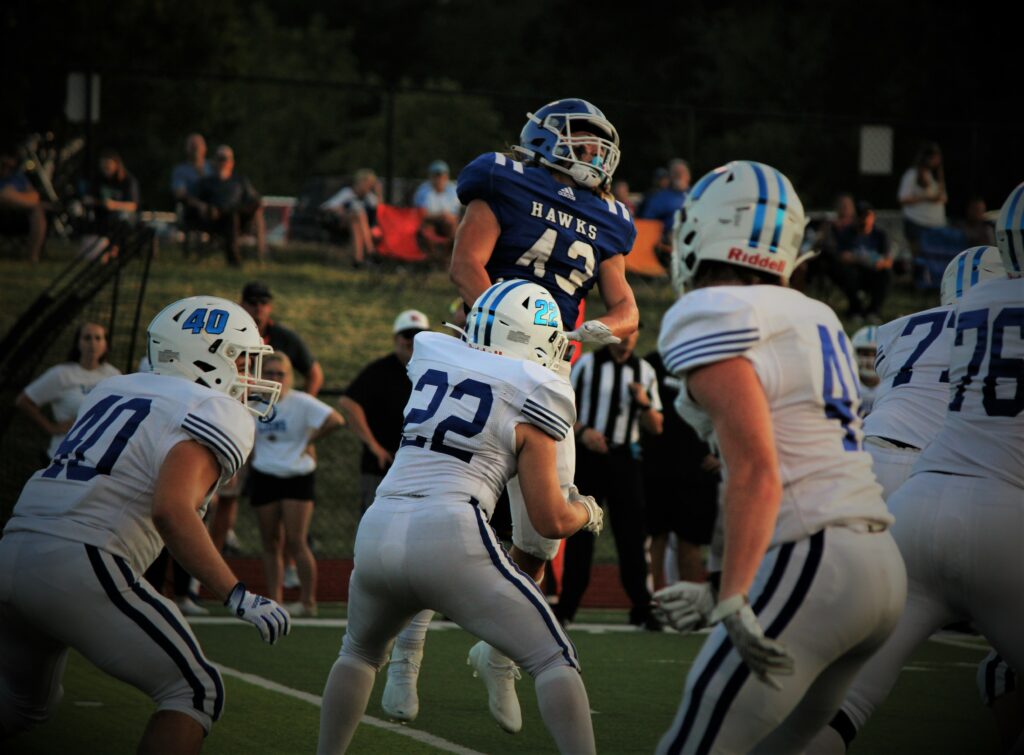 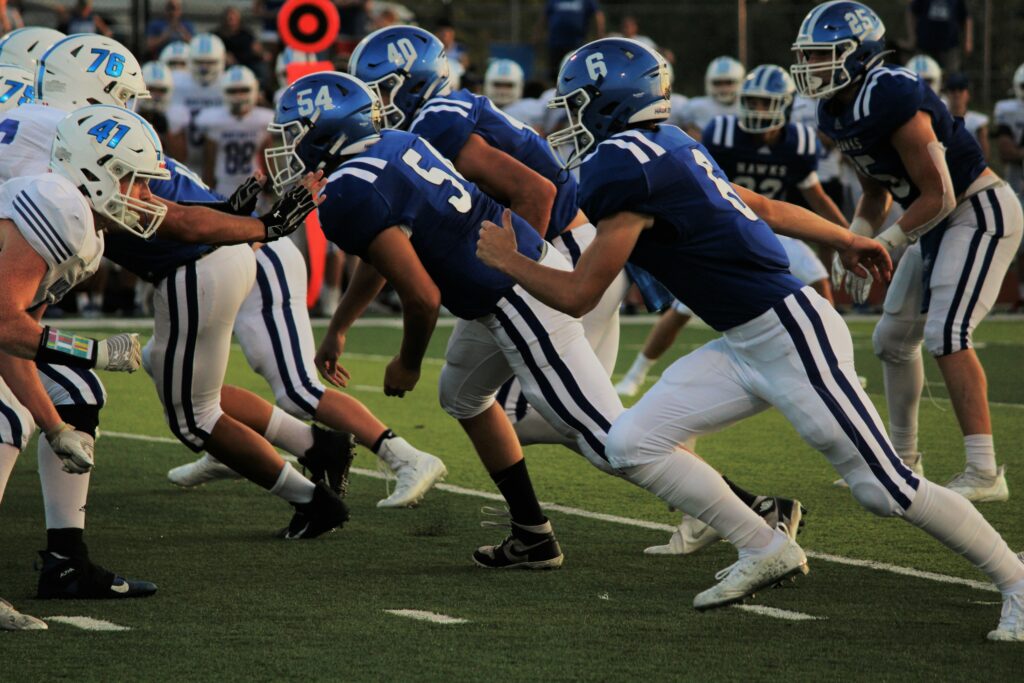 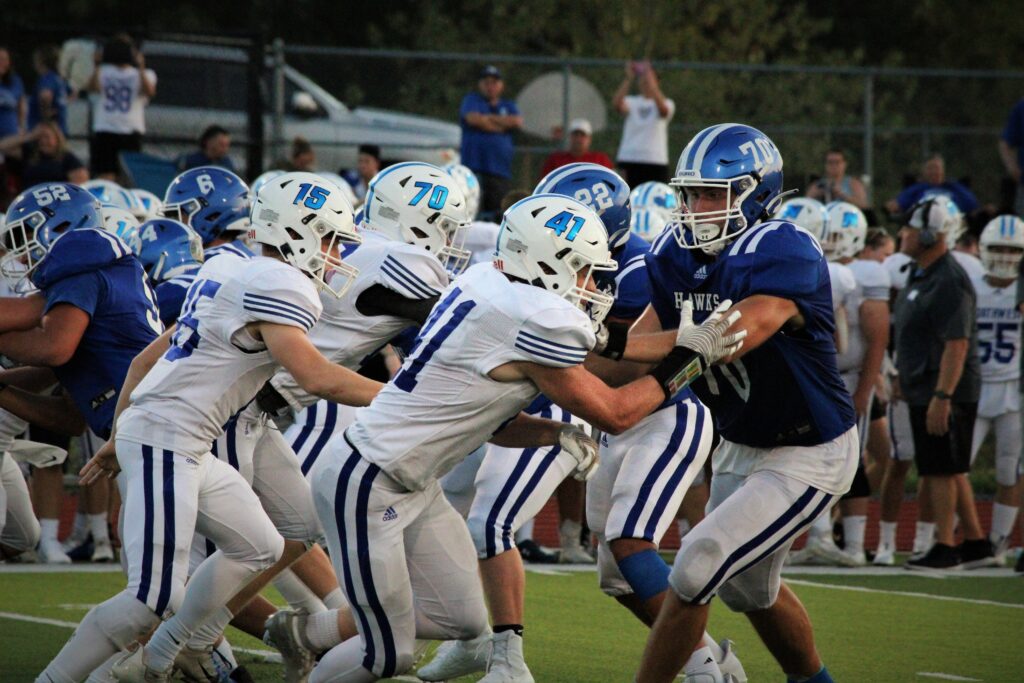 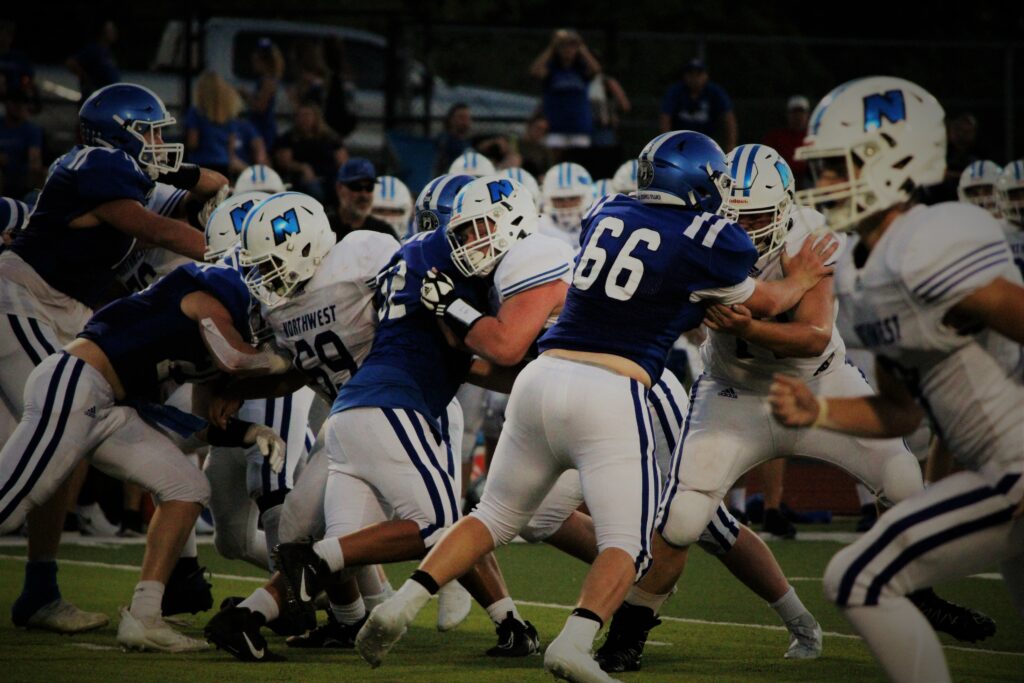 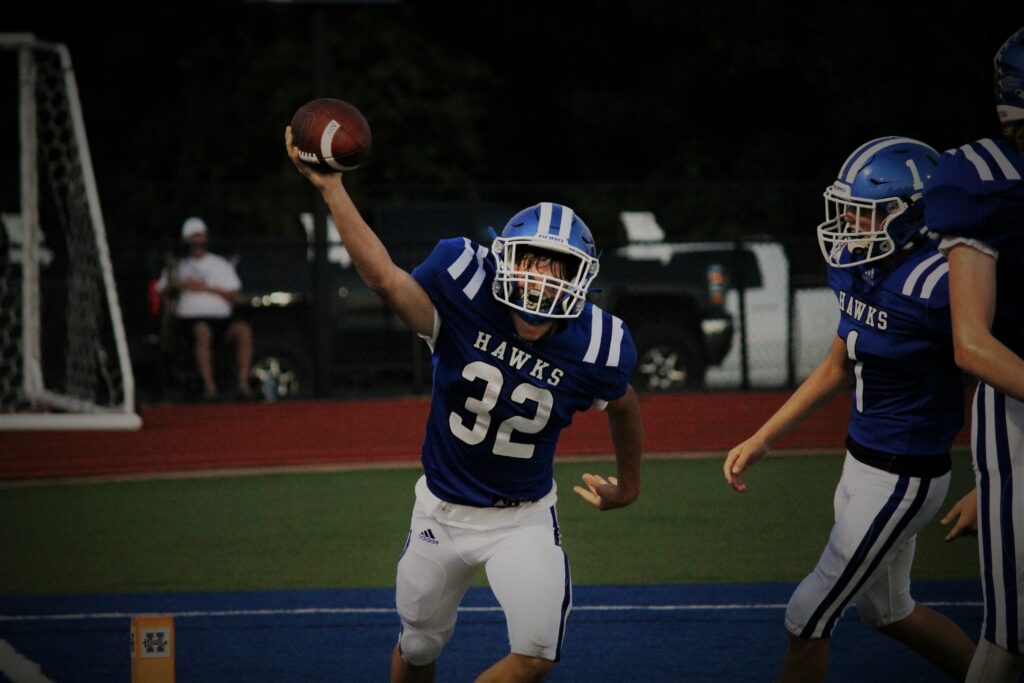 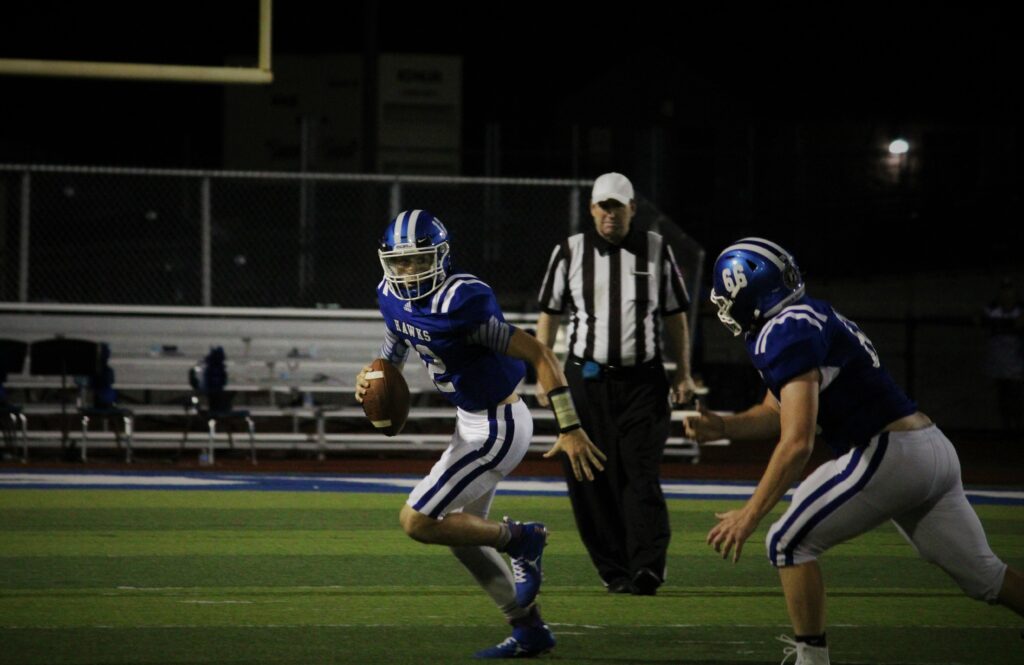 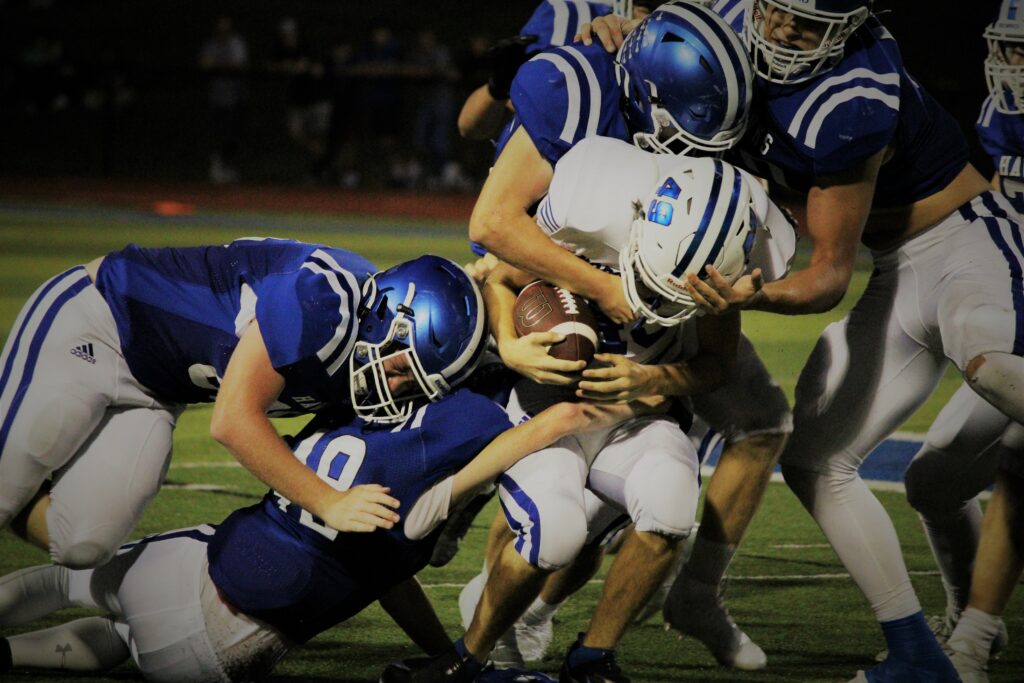 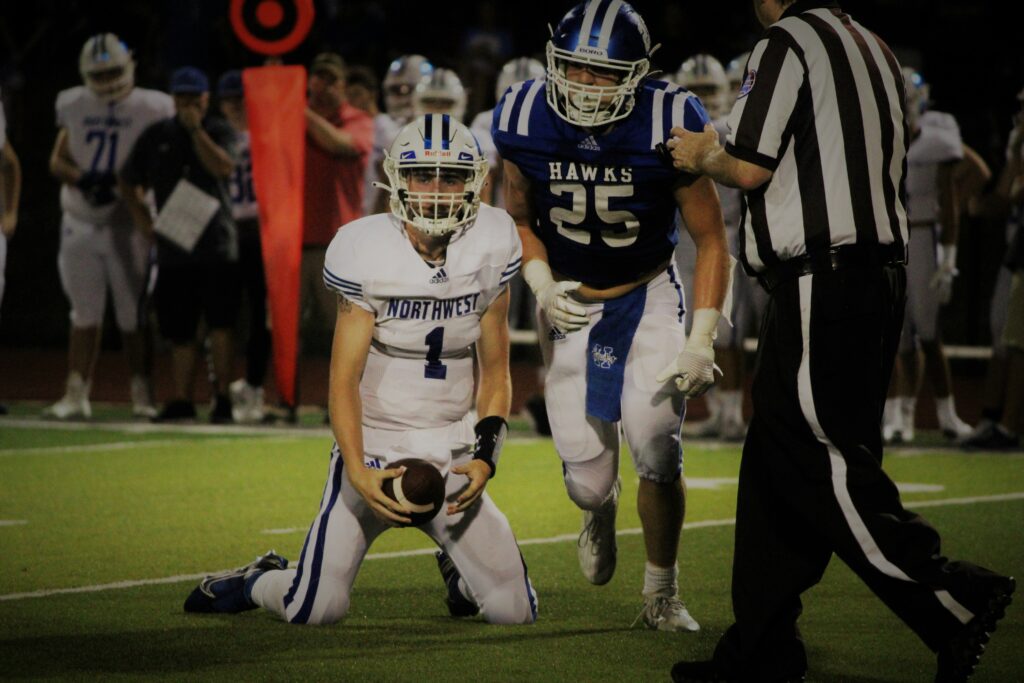 The Hawks ground game continued to reign supreme into the second quarter. This time it was Payton Brown that ripped off a whopping 97-yard touchdown run. That was the only damage they would do in the second and Hillsboro went into the half ahead 34-0.

Northwest came out of the half and still struggled to establish any sort of rhythm, as the Hawks continued to pile on. Romaine picked up his third score of the game, that came by way of a five-yard pass from Ray. They converted their two point conversion and pushed the lead to 42-0.

Their final score of the game came with just under nine minutes to go in the fourth quarter. Cohen Linderer ran in a three-yard touchdown that sealed Hillsboro’s 49-0 victory. The Hawks were pleased with their performance and riding the high of their first victory of the new season.

“It was great, it felt amazing. We came out ready to play and kept up the intensity the whole game,” Jordan Jarvis said. “We want to go all the way to the State Championship this year. We won’t settle for anything less.”

Jarvis is the leader of the Hillsboro defense that allowed less than 100 yards to Northwest through the entire game. Watson and John Bennett led the team in tackles with eight each. Cody Bishop was just behind with seven and Romaine followed him with six.

The rushing attack did nearly all of the offensive damage for the Hawks, as Romaine racked up 173 yards on only 7 carries. He also caught two passes for 16 yards. Watson carried the ball five times for 73 yards. Jaxin Patterson led the team with 12 carries and picked up 69 yards. He also caught one pass for 13 yards. Brown had just one carry, but it was for the aforementioned 97 yards and a touchdown.

“Everyone did their job whether it was offense or defense and the energy was very high,” Romaine said. “I expect us to dominate offense and defense for all four quarters and keep working. Then we will see what happens. I believe we can make a run this year.” 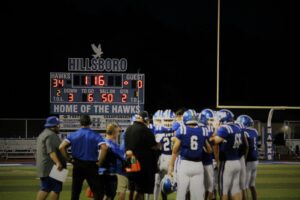 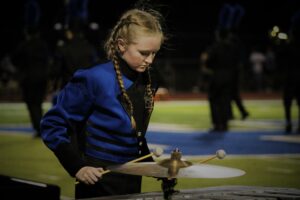 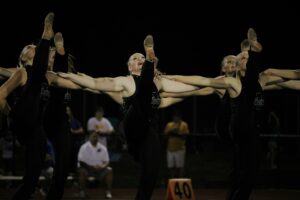 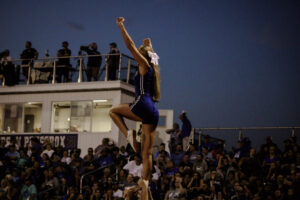 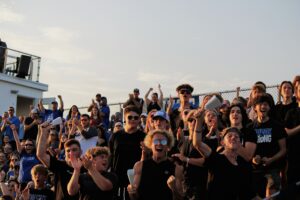 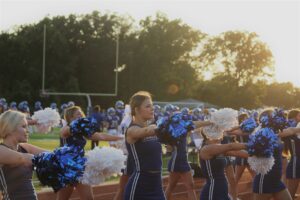 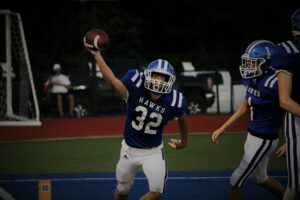 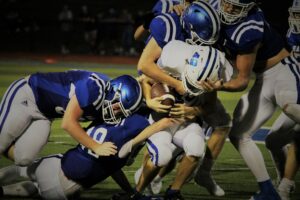 So far through one week, the offseason work has paid off. This team is excited to be back on the gridiron and expects to be a force throughout the year. However, their work will be cut out for them when the perennial powerhouse Jackson comes to town next week. The Hawks take on the Indians on Friday, September 3rd in Hillsboro.