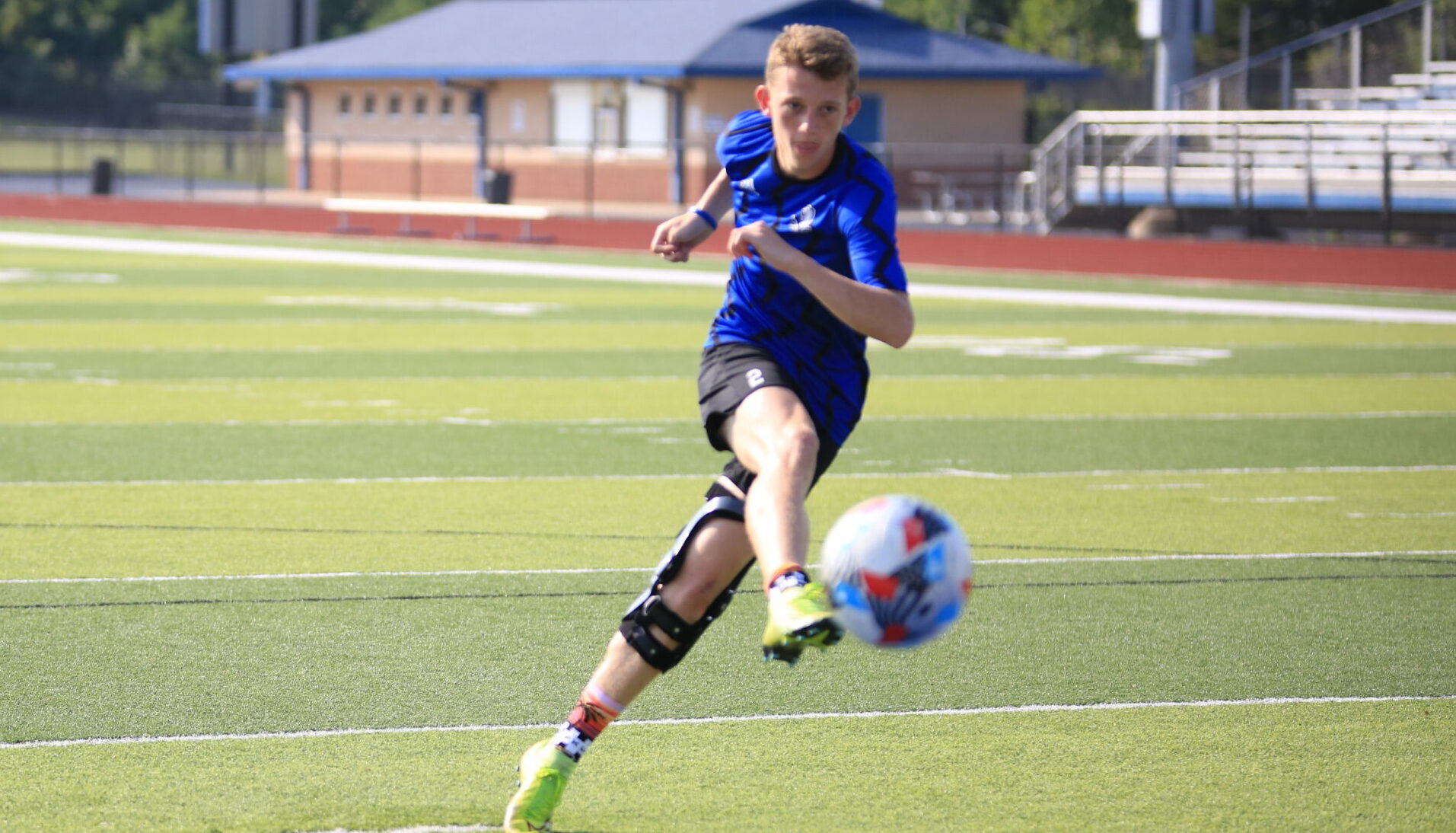 The Hillsboro Varsity Soccer season looks to be filled with many exciting matches and opportunities for the Hawks to prove they belong on the pitch.

The year 2020 was wild and chaotic for the entire world, and high school sports were no exception. The Covid restrictions played havoc on all sports in Missouri and affected every team, from coaches to players, and even the families and fans. With that in mind, let’s look at how the Hillsboro Hawks Varsity Soccer program fared in last year’s Fall season.

In 2020, the Hawks finished with a 6-14 record, which was well below what the team had mapped out for their quest to win a District championship. Nonetheless, in high school sports, every team makes the play-offs, and if a team gets hot late, they can make a run, which is exactly what happened to the Hawks.

Unfortunately, Hillsboro finished in second place in their District, having been defeated by North County 2-1 in a heartbreaker of a Championship game.

Head Varsity Coach Sam Nansel spoke to Ameritime Sports and gave us his thoughts on what to expect this year.

Nansel commented on some key athletes who could play a major role in the team’s success. He said, “Colton Leonard played striker for us all last season. He will be moving to attacking midfielder for this season. Last year, Leonard was All-District, First Team All-Conference and a member of the Regional Radio Dream Team.”

Nansel continued, “Mooney plays outside defender and has speed and experience. He’s great offensively and defensively. He is a good crosser of the ball, and hard to get around due to his defensive ability and speed.”

Another player Nansel is excited about is Guenther. Nansel stated, “Guenther is a center midfielder who has been patiently waiting for an opportunity to shine. He has great size and ability, and is a long range passer and shooter with a high soccer IQ.

Lastly, Nansel mentioned Williams. “He (Williams) was injured for most of last season, and has been chomping at the bit to get back on the field. He has shown great potential in Summer workouts.”

Said Nansel, “Our goal is to win the District Tournament. My expectation is that the players learn what it means to be a good teammate, and play as a team.”

Nansel noted, “We have several key games, including 8/31 vs. Northwest and 9/7-9/11 in the Timberland Shootout. We also play several strong Class 4 schools to start the season. It’s important to get off to a good start and set the bar high early. On 9/16 we play Perryville which is an important Conference game against a perennial powerhouse in our region.”

He continued, “In October we play in the Laker Shootout in Camdenton. It provides an overnight team bonding experience for the players, and an opportunity to play teams we normally wouldn’t get to. Finally, on 10/25 we host Lutheran South which is our Senior Night for all 14 of our Seniors.”

Nansel commented, “Our strengths are our skill and experience. However, we need to work on respecting each other as teammates, knowing our roles and executing them.”

Nansel mentioned a few other key Hawks players. “Volmert is our Senior goalie who finally gets his shot as the Varsity starter. Ethan Canania is a Freshman looking to make an immediate splash at the Varsity level. Marchetti is a Sophomore who has shown vast improvement and is hungry for success.”

He continued, “Puhse is a Junior who is looking to make an impact after a quiet Sophomore season. Carson Leonard is a Junior who will be instrumental in both building our attack and defending. Finally, Groner has the skills to be an All-State defender, but is working on maturing as a player/teammate.”

The Hillsboro Hawks season kick-off is just around the corner! Don’t miss a shot, because this season is sure to be fun and exciting!