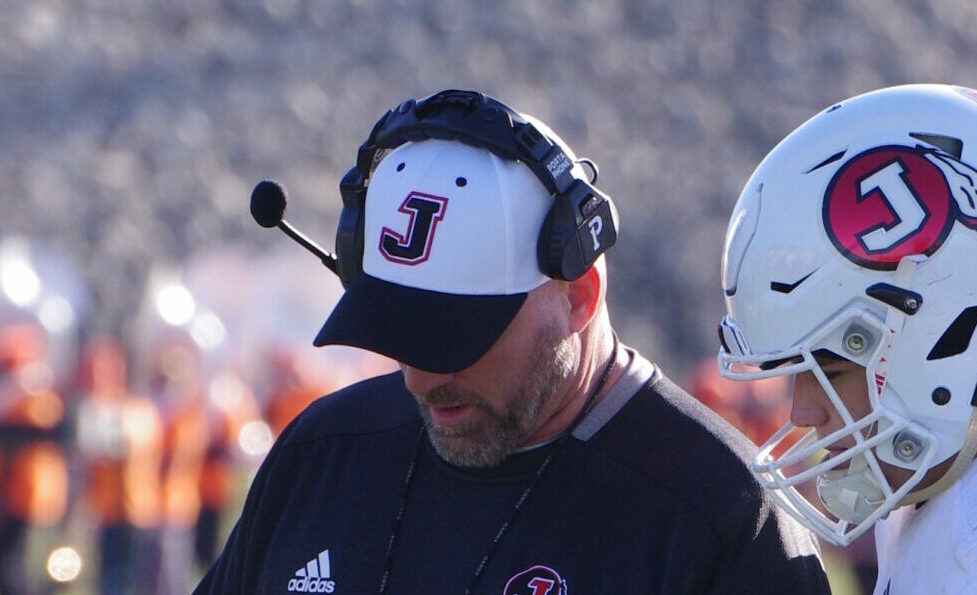 Fresh off their first ever State Championship, the Jackson Indians are primed for a repeat. Ameritime Sports caught up with Head Coach Brent Eckley to pick his brain about this upcoming season.

The 2020 season was a magical and momentous one for the Jackson Indians, as they won their first State Championship in their storied history.  They came close in 2019, but lost in the State Finals in overtime.  Fast forward one year and several gut checks later, and the hope of victory became a reality.  Under the tutelage of Head Coach Brent Eckley, the Indians were able to accomplish the always possible, yet impossible dream for a football program that has existed for over a century and is one of the most prominent fixtures in Missouri state history.  Ameritime Sports had a chance to catch up with Coach Eckley and ask him five burning questions about last season’s championship and what 2021 looks like.

1. Your Indians won their first State Championship in the program’s long and storied history (that dates back over 100 years) in 2020. Was there a defining moment or specific memory that stood out to you?

“Our defining moment came in our overtime loss in the State Title game in 2019.  I think everyone in our program became very determined to get back and win our last game of the season.  We had several special moments.  One came in our game vs Sikeston.  We were without our starting QB and our defense played at an unbelievable level and won the game for us. Another moment came in our semifinal game, we put in a new wrinkle on offense, called it on our second play of the game and it went for a touchdown.”

2. You are entering your 10th season as Head Coach at Jackson, and the results clearly show that the Indians’ compass is pointed North. The years prior to you becoming Head Coach, it’s seems the program might be headed in the wrong direction. Do you have a recipe for success for building such an outstanding program or is it just good old fashioned hard work?

“I feel very fortunate to be the coach here.  We are blessed to be in a community that values football, and really everything that is school oriented.  Football is important to our community, school and families.  It’s critical that if you want to be great, you’ve got to be committed to compete against other schools and not fight against each other.  We’ve done that really well at Jackson.  That’s not a me thing, but a Jackson thing.”

“A couple things that I’ve focused on are:  Year-round strength and conditioning-focused on injury prevention and athlete development with consistent regular testing.  Our training is in the mornings, when we can all workout together.  The energy level is higher, and the commitment is greater. I have also focused on offense and QB development.  I try not to interfere with our defense too much, as we have tried to get our players to play on one side of the ball only.”

“We have tried to set our program up to be process oriented, focusing on what creates success in general, not just on the scoreboard.  Consistent effort, and a focus on key categories that lead to winning are key and we have implemented leadership training as well as character education within our program.”

3. Following up a State Championship season is never easy because there is an automatic target on your back from your competition, and heightened expectations from the fan base. How do you keep your players grounded and not overlooking any team, and is there anything you do with the community fanbase to achieve this?

“We have always focused on the work and we try to look forward and not backward.  I believe our community is proud of us regardless if we win or lose as long as we play hard, appear to be prepared and are in good shape. We do want our players to expect to win any game they play in.  That’s what we train for.  We want to focus on being our best, not how we are compared to an inferior or superior opponent.”

4. You are a very involved Head Coach. Is there anything in particular you do to help/motivate your student athletes and fans off the field?

“We try to develop themes for game nights that include the community, like our veterans and first responders recognition night as well as our teacher appreciation night.  We recognize a teacher of the week.  We do donuts with dads at our elementary schools and we run youth camps and spring flag football.”

5. How instrumental is the Jackson community in what Indians Football accomplishes as a program? What are a few of the impacts they’ve had on the program in your tenure?

“Our community is closely tied to our football program, and we feel that support daily.  They show up huge at home games, and our fan base travels better than almost any school has at their home games. If we have a player that can’t afford camp or shoes, there are several people that volunteer to help every year. Our tribal council (booster club) works tirelessly to provide for all of our sports.  These are just a few examples.  Our community starts talking about the next football season before Christmas.”

Thoughtful and intriguing words from a dedicated coach in the heart of a dedicated community.  The Jackson Indians seem to be beaming with confidence as we head into 2021, and a large part of that is the knowledge, hard work and compassion exuded by Coach Eckley.  Repeat championships are rarer than the bloodiest steak you’ve ever had, but if any program has a shot it’s Coach Eckley’s Fighting Indians.

Good luck, Coach.  And good luck to your Indians.