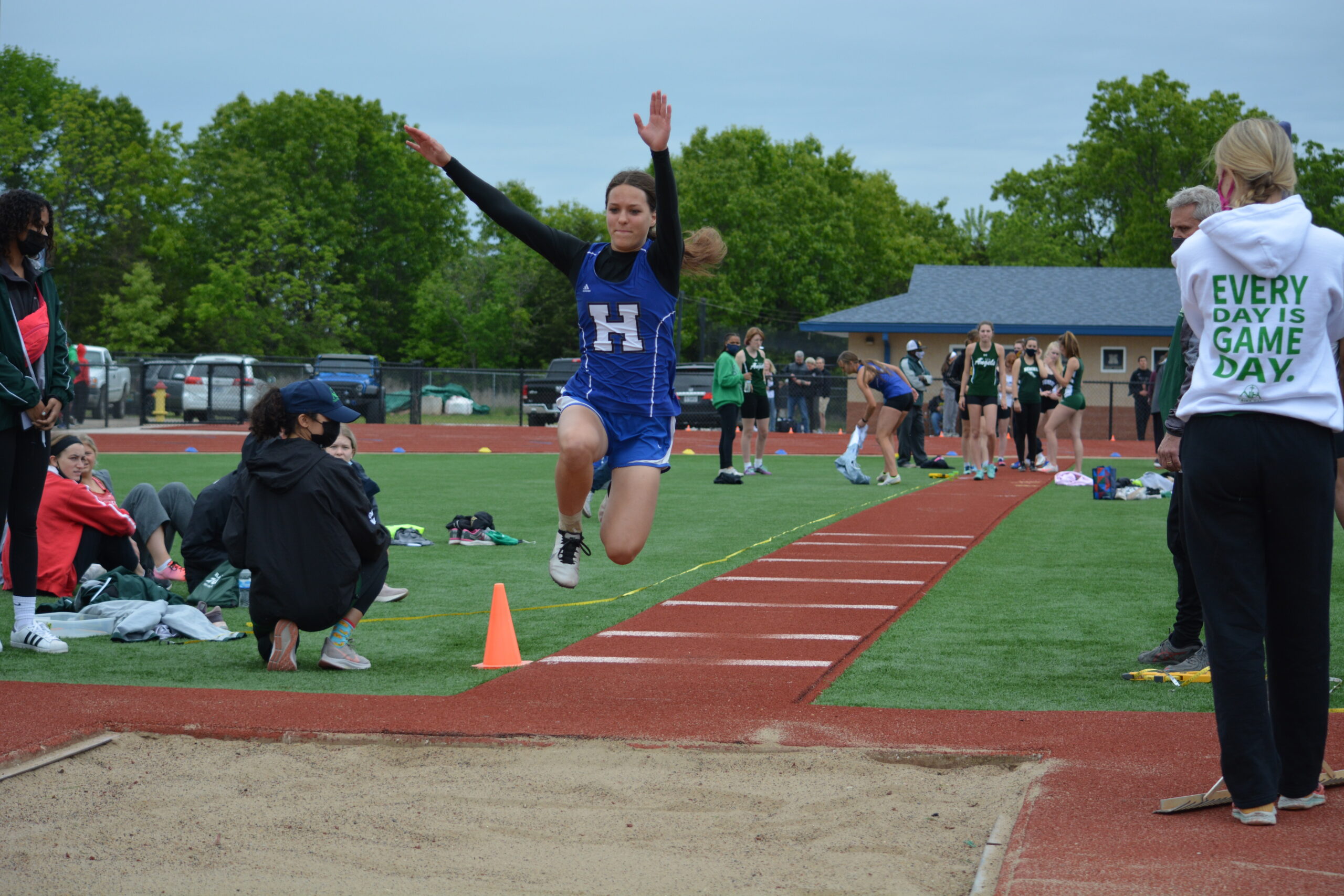 The Hillsboro Hawks Girls Track and Field team sent several athletes to the capital this weekend for the State Championship and came away with two All State performances.

The Hillsboro Hawks Girls Track and Field club traveled to Jefferson City on Friday May 28th to compete in the Class 4 State Championship and had an admirable showing. Two girls managed to secure All-State honors.

Head Coach Dina Holland spoke on her team’s performance at the highest level, saying, “We capped off an amazing season at the State meet on Friday. Maya Wright placed seventh in the 300 Meter Hurdles to capture All State status. Cassidy Herget placed 7th in the High Jump as well. We were very excited for them and are looking forward to next season already.”

Wright ran her seventh place race, earning 300 Meter Hurdles in 48.02 seconds and also placed 10th in the 100 Meter Hurdles with a time of 16.02 seconds. Wright commented on making it to State after losing her Sophomore season. “I was so excited about the season coming in to it, I had been getting ready for the entire off-season and the cancelled season before! I loved every single meet. The state meet was so fun and I was so proud of myself because I placed seventh, but I was only ranked 13th!”

Herget’s seventh place High Jump was a 1.56 meter effort, only .02 meters shy of third place. She spoke on the experience of reaching State for the first time. “In the beginning of the season I never saw myself coming this far, but about mid-season I really got set on High Jump. Ever since I won Districts I set my expectations super high for myself and I didn’t want to accept anything less. I let my nerves get the best of me a few times but everything worked out well. I’m so glad I was able to take this trip.”

Holland also highlighted her relay team’s performance. “The 4×4 team of Wright, Sidney Buettner, Reese Buettner and Lauren Nichols came up just shy with a 9th place finish – again with the entire team returning,” said Holland. The relay team finished their race with a time of 4:15:41.

Nichols commented on reaching the state championship as a Freshman. “I think this season we did really well. I have no doubt that next year we will be much better as a whole because of how many young people we have on our team. The State Meet didn’t go as well as I would have liked, but just the thought of getting to State as a Freshman makes it much better.”

Fellow Freshman Krista Miller found herself at 11th and 13th place in the Long Jump and Triple Jump after her first State appearance, clearing 4.81 meters and 10.30 meters respectively.

“Our lone senior Evie Roland captured 10th place in the State in Javelin and will be missed dearly!” said Holland. “It was a great end to a great season!”

Roland threw for 33.68 meters and ,while a little disappointed in her state performance, she is positive overall, and looking forward to college-level competition. “I’m not very happy with how the State Meet went,” said Roland. “But I’m proud of how much I improved this season and I know that I will continue to get better in college.”

The future looks bright for this track team. With so much returning talent, it would be no surprise to find even more Hawks competing at State next year.