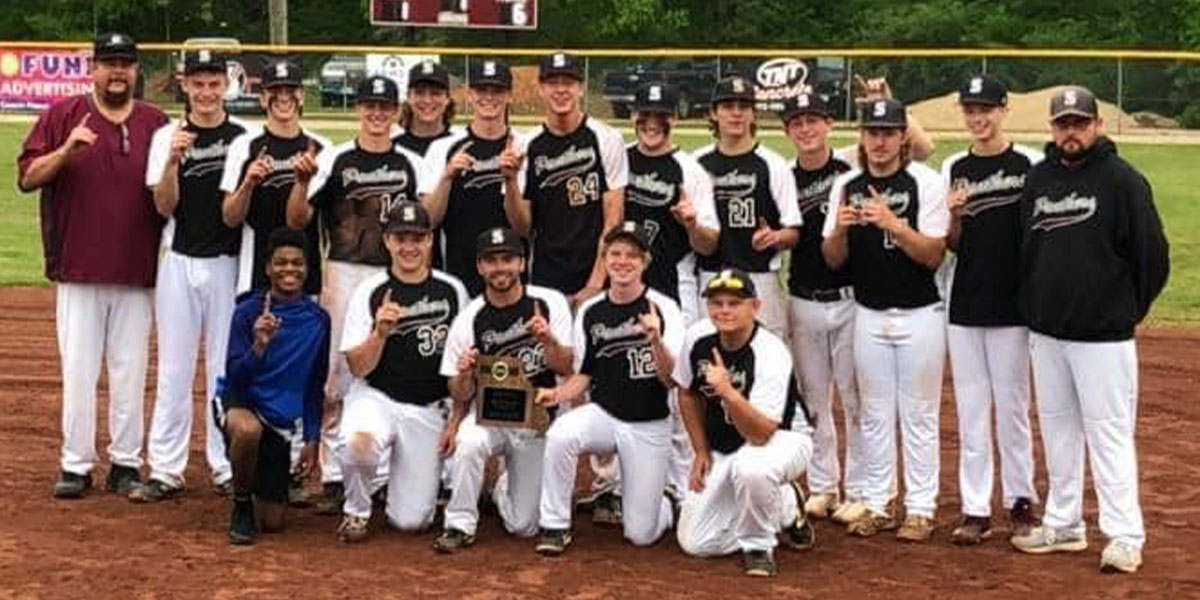 The South Iron Panthers Varsity Baseball team beat the Valley Vikings 6-1 and claim the very first district championship in school history. They now take on Norwood in the first round of the State Playoffs.

The South Iron Panthers Varsity Baseball team won their first District Championship in their school’s history on Wednesday with a 6-1 win over the Valley Vikings.

It was a slow start to the District Championship game. Neither side scored a run until the Panthers’ broke the drought in the bottom of the third. Cody Hughes hit an RBI single that scored Brock Wakefield. The very next at-bat, Joel Poston grounded out, but Drenin Dinkins was able to make it home. Hughes also scored later in the inning and gave the Panthers a 3-0 lead.

Valley got themselves on the board in the top of the fourth when they scored on a dropped third strike. Wakefield was on the mound and that was the only damage he allowed them to do.

South Iron added on to their lead in their half of the fourth. Hughes hit an RBI single that brought Wakefield in to score again. Poston barreled up a triple the very next at-bat that brought two runs home. That gave the Panthers a 6-1 lead.

That was all either side would come up with. The Panthers locked up the 6-1 victory and were crowned Class One District Three Champions for the first time ever.

“It took a lot of hard work and dedication over the past couple of years to achieve this great accomplishment,” Dinkins said after the win.

“It was definitely a great moment for our team,” Wakefield said. “We’ve put a lot of time and hard work into this game so to see it pay off was a great feeling.”

Wakefield started the game on the mound and dominated the whole way. He allowed one run on one hit and struck out a whopping 13 batters.

The Panthers took down their District and now have their sights set on something much bigger. South Iron plays Norwood in the first round of the State Tournament on Monday, May 24th.