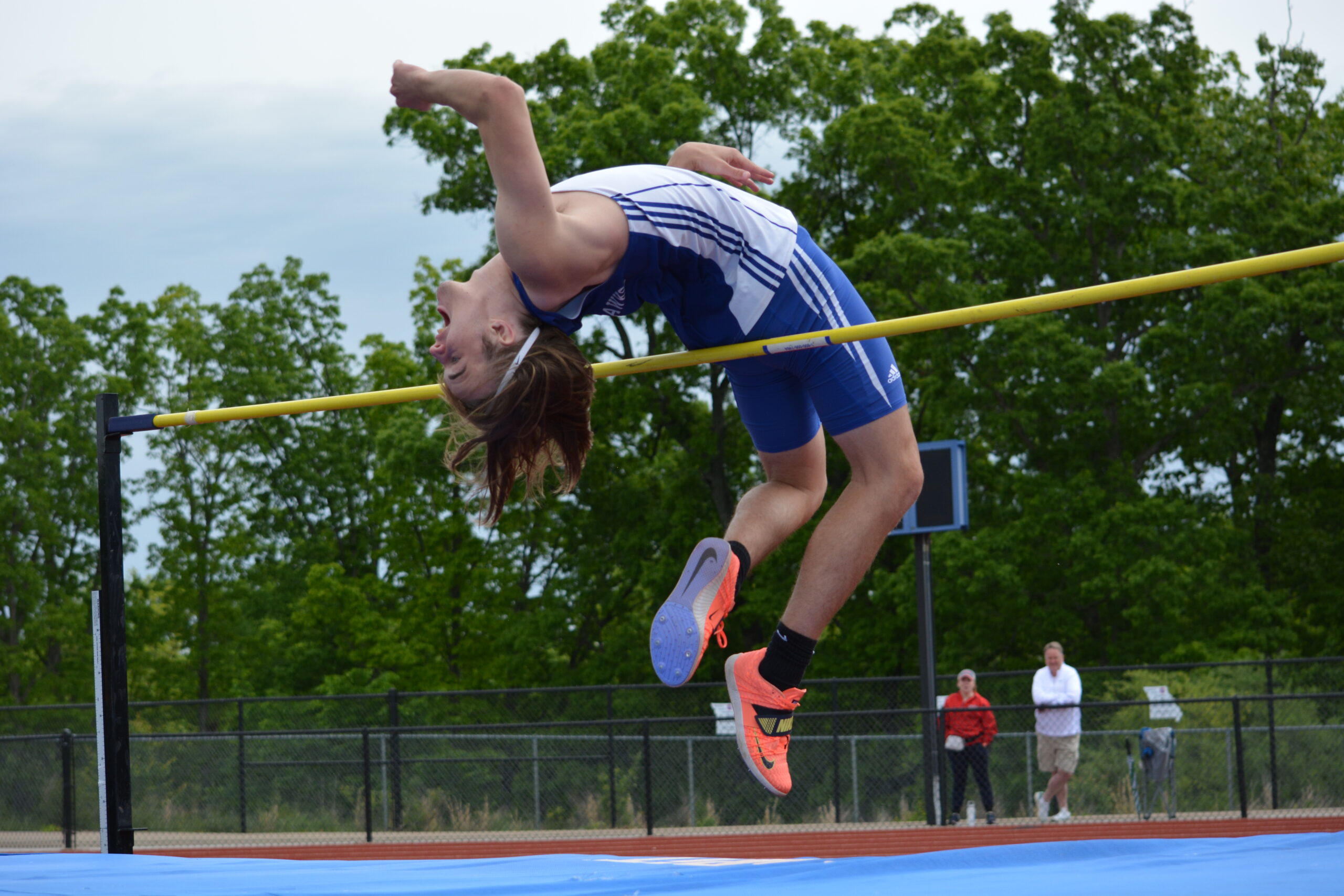 The Hillsboro Hawks Boys Track and Field team brought home the 2021 Class 4 District 2 Championship on Saturday May 17th with a spectacular performance.

As if taking home the 2021 District Championship in extremely convincing fashion wasn’t enough for the Hillsboro Boys Track and Field, they also had an athlete or team qualify for Sectionals in every single event. Nine events had multiple qualifiers. Head Coach Todd Medley spoke on his team’s exemplary effort.

“It means a lot any time you can win any level of championship as a team,” said Medley. “But at this level, winning districts means your kids did really well in their events to put the team on that position. To qualify someone in every event is very rare and special, and to have 9 events with multiple is incredible.”

“We have been putting in the work and it has paid off,” said Wright. “I was very happy with how I did, I have to keep grinding and make it worth it.”

“Very good competition, very fast runners. It was good to see that competition, but qualifying isn’t enough for me,” said Valencia.

The 4x800m team of Jonah Allison, Josh Allison, Jesse Gore and Mann also took first place with a time of 8:37.21. Medley thinks the relays will have their work cut out for them in the next level, but also thinks the teams can rise to the occasion.

“They will have to really focus and buckle down this week to have a shot at sectionals,” said Medley. “I also totally believe in them answering the call, and I’ve also been around long enough to see crazy stuff happen at Sectional meets.”

Tristan Jones and Jonathan Carey took 1st and 2nd in the Triple Jump extremely convincingly. Jones cleared 13.16m and Cary cleared 11.21m, over half a meter further than the 3rd place finisher. Jones also finished in 2nd place in Long Jump with 5.93m.

Patrick Lee earned first place honors in High Jump with 1.75m, and Cody Bishop and Ryker Williams had a first and second place finish in Pole Vault, both clearing 3.75 meters, just ¼ inch short of 11ft. Bishop commented on the level of competition increasing for this meet. “The weather was a bit rough, but besides that it was pretty good. The top three vaulters were all pretty close so it was some good competition. I was real proud of my teammate who [reached his personal record] a few times and we are both looking forward to a good week of practice and Sectionals next week.”

Freshman Payton Brown earned a new personal record at the perfect time, using it to rocket into first place in Javelin with an extremely impressive 48.91m. Zach McNees also qualified in Javelin, taking home 4th place with a throw of 39.36m. McNees took 1st place in the Shot Put and the Discus as well with throws of 11.5m in Shot and an impressive 37.13m in Discus. Tyson White also qualified in Discus, taking third place with a distance of 34.11m.

The boys team was not the only success Hillsboro saw on the track this week, as the girls team also took home first place in their District competition as well. Both teams will make the journey to Park Hills for the Class 4 Sectional 1 meet this Saturday May 22nd.