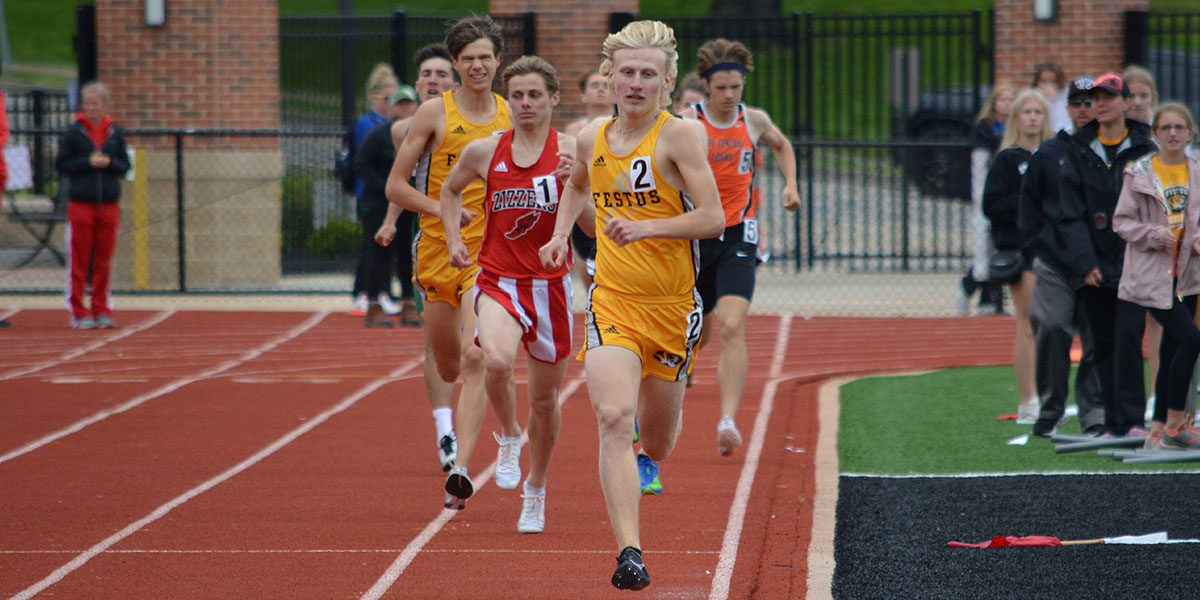 A tremendous performance from the Tiger Boys on the track and in the field yielded incredible results, as they win the District Title. The Girls also have an excellent day, placing third, and both teams advance many athletes to Sectionals.

The Festus Tigers Varsity Track team had an amazing day as they hosted the District Track Meet. Both the Boys and Girls teams were able to advance quite a few athletes in many different events to the Sectional meet, coming this weekend, at Park Hills.

The Boys won the District Title with 156 team points, beating eight other schools. Of the 19 events the Tigers were entered into, athletes in 14 events advanced. In total, 17 athletes are moving on to the Sectional meet.

The Girls team also had a nice showing, placing third among 10 schools, with 102 team points.

In the Boys results, Lucas Smith placed second in the Shot Put, and Austin Anderson took fourth. Smith had a toss of 44’4”, and Anderson had a best of 43’5”. Anderson said he was feeling it, and noted, “I was thinking about doing good enough to move onto Sectionals and getting points for the team.”

Arhmad Branch took third in the Long Jump with a leap of 20’3”. He also took second in the Triple Jump, clearing 42’4”. Branch knows what he has to do now, “I need to just eat right and rest my body really.”

In the Discus, Luke Greenstreet took third with a throw of 126’6”.

Ian Schram placed second in the 3200m Run with a time of 9:25. Just behind him was Jacob Meyers in third with a time of 9:57. Schram will now prepare for Sectionals, and said, “Going into Sectionals will be just about the same as any other meet. I’m just planning on trying to survive and advance. More effort will be put on the little things from here on out, as there’s little room for error in postseason track.”

Schram also took second in the 1600m Run with a time of 4:19. Cullen Krieg took third with a time of 4:20. Krieg spoke on his pre-race thoughts, “I was just preparing myself mentally and trying to get into the champion mindset.” 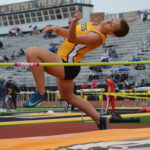 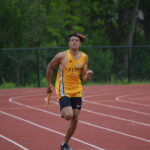 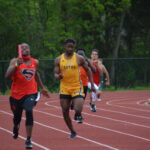 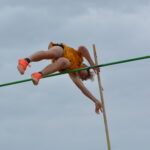 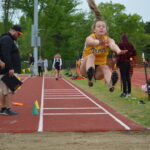 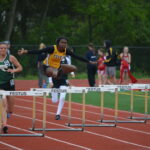 In the results from the Girls meet, Taylor McMillin took fifth place in Discus with a throw of 96’1”.

Gabbi Burkard took fifth in the Triple Jump with a leap of 33’2”.

Ciara McDonald took fourth in the Javelin with a throw of 102’4”.

In the Long Jump, Sophie Nolen took fourth with a jump of 15’7”. Nolen said she was prepared, “I was very determined throughout the day. I’ve worked hard all season long to get where I am, so advancing to Sectionals was very important to me.”

Kayla Roberts-Day won the Shot Put with a throw of 33’6”.

In the Pole Vault, Ella Shy won first place clearing 10’1”. Nolen came in third with a vault of 8’11”. Shy said, “This week I’m really focusing on my technique in both events that could lead me to higher heights and faster times.”

Dari White placed third in the 3200m Run with a time of 11:41. White is ready to keep running, “This week I will be trying to get in some good workouts and recover!”

Alexis Biehle won the 200m Dash with a time of 27.28. Biehle was ready to race, and said, “I worked hard all week getting ready for my events. I was really focused on the 200m Dash. I just told myself I needed to give everything I had to give myself a shot to advance on to Sectionals.”

It was an outstanding day for both teams as they managed to push through many athletes to the Sectional Meet, taking place next weekend, at Park Hills.