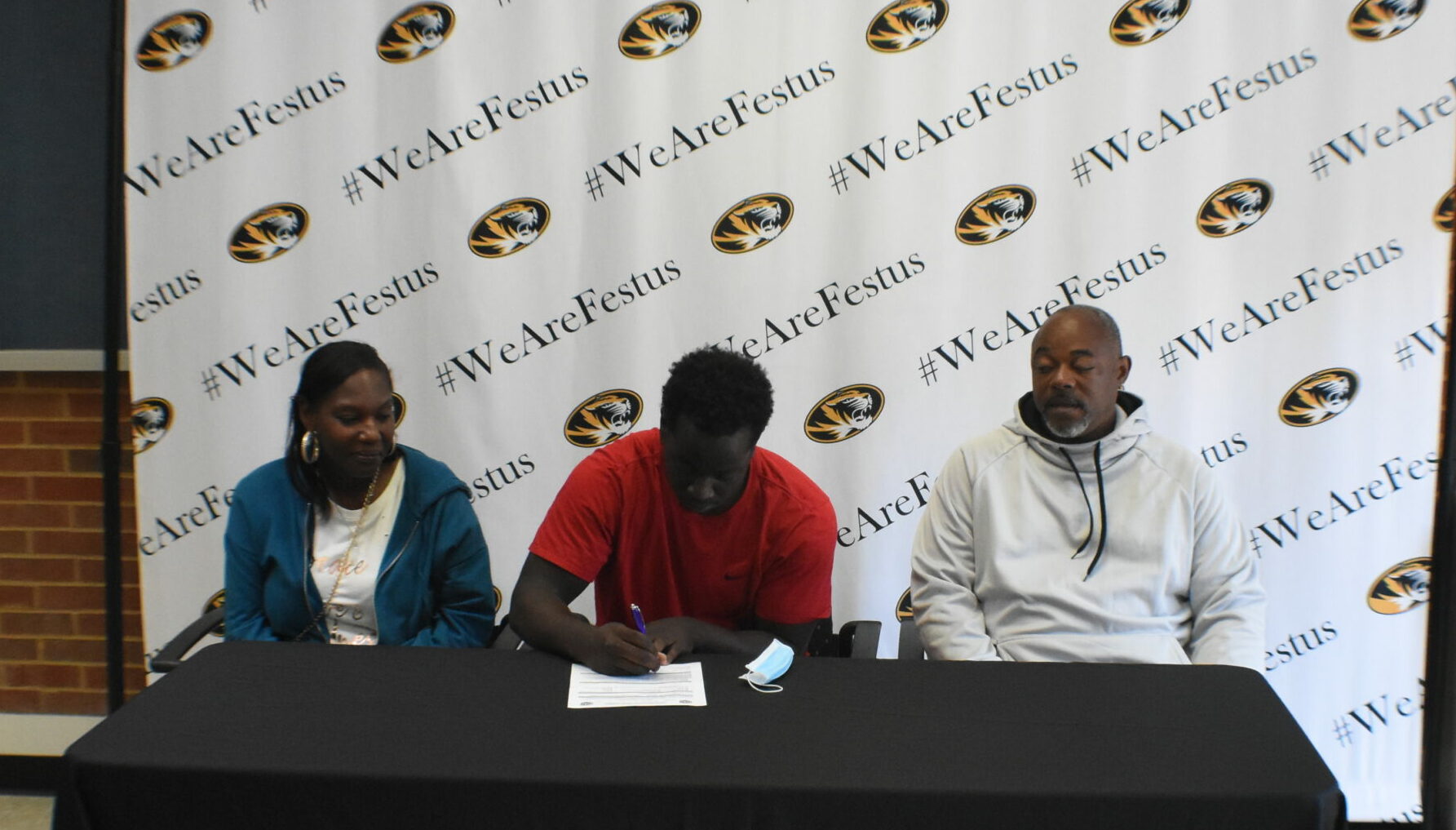 Truck Davis has big motivators driving him to be successful at Coffeyville College, none bigger than making everyone who’s supported him proud!

It’s every athletes’ dream to play the sport that they love at the next level. Most athletes don’t get the privilege to do so. For Desmond “Truck” Davis, playing football at the college level was always a goal, but most recently, became a reality.

Davis played the first three years of his high school football career at Caruthersville before transferring to Festus to play out his Senior year for the Tigers. He has now committed to play for Coffeyville Community College, where he will suit up as a Red Raven for the foreseeable future. 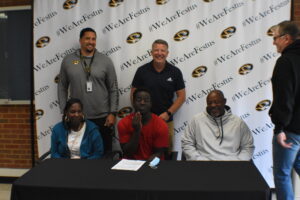 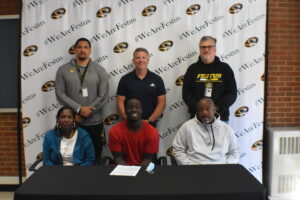 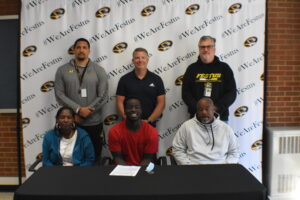 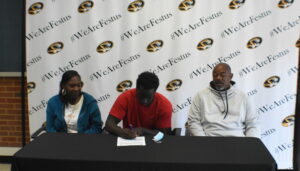 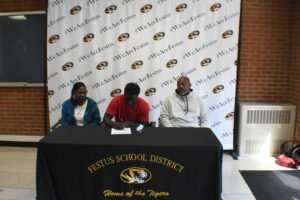 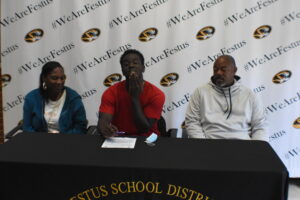 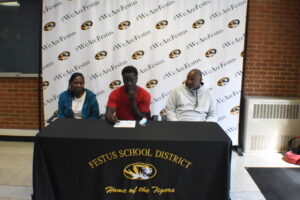 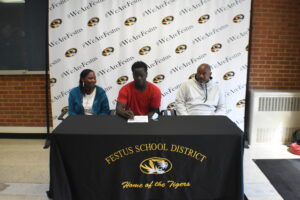 Festus had one of their most successful years in recent memory. They finished the season 10-2, but had their season put to a stop in the State playoffs by Union. However, Truck played a big part in the Tigers’ success. The Uber-talented Defensive Tackle was named MAFC All Conference Defensive MVP, placed on the First Team All Conference Defensive unit and was named to the SMAFCA All Region Football Team. He terrorized opposing offenses by posting 86 total tackles (71 solo, 15 assists), five sacks, two fumble recoveries and had 26 tackles for a loss. Nothing to shake a stick at there.

According to his Head Coach, AJ Ofodile, “Truck is a very likeable kid with a big smile and great sense of humor. He’s a naturally explosive athlete with great quickness and body control. By choosing Coffeyville, he is going to be competing at the highest level of Junior College football, and has the chance to create great opportunities for himself in the next two years.”

But football wasn’t always Davis’ priority. He originally had dreams of being a high-level basketball player before steering his interest toward football. It wasn’t until his Sophomore year of High School that he started to take football more seriously. Something clicked, and it became apparent that it could help provide him a bright future.

Davis puts in a massive amount of work on and off the field to help further his football career. That’s why it’s easy for a program like Festus to do all they can to help their athletes make it, and strive at the next level. Coach Ofodile has been one of Davis’ biggest supporters.

He continually injected confidence into Davis over this past season… even at times when he referred to him as one of the best players he’s ever coached. Davis returned the favor in practice, by not only working hard on his own game, but making sure he had a hand in improving his teammates around him.

Davis’ work ethic and passion for the game lends a ton of credit to his Aunt April Williams and his Uncle Leslie Williams. They have pushed him to stay on track with his education and have always made sure he has food to eat and clothes on his back.

“I’m really blessed to have them,” Davis said. “They give me that extra push I need and I appreciate them for being strict with me and making sure I’m ready for the real world.”

There’s nothing like family to push you towards your dreams. Thankfully Truck has a pair of aces in his back pocket.

Coaching, love and support has set his future down a path that surely features bright days to come. We at Ameritime are proud of his achievements and only wish him the best.