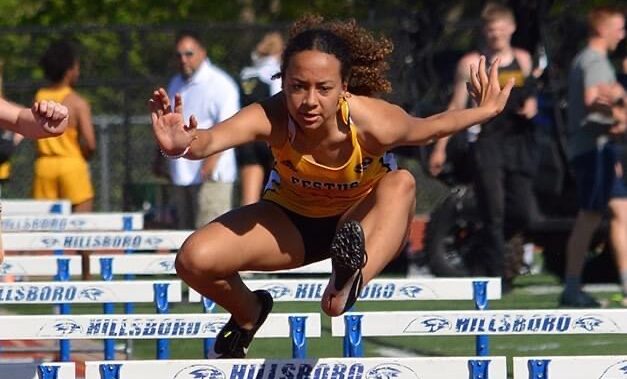 Both the Boys and Girls Festus Tigers Varsity squads had a tremendous performance, with the Girls scoring 134 points and the Boys scoring 171 points, but each fall just short of bringing home the team Gold.

The Girls team had an excellent showing, coming in second place out of 11 schools with 134 team points. It was a big day for the squad as 17 different athletes earned All-Conference honors to go with 34 new personal records. 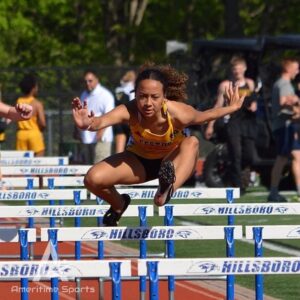 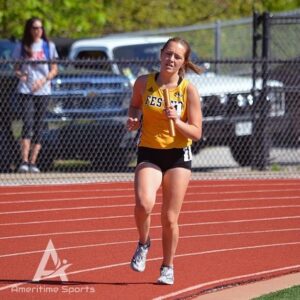 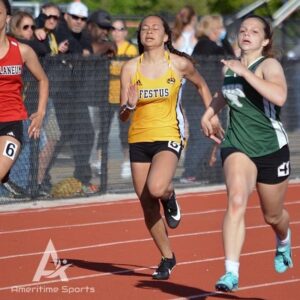 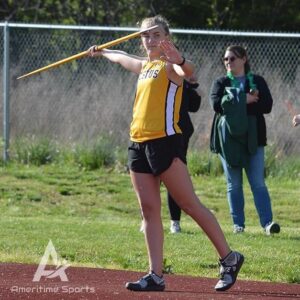 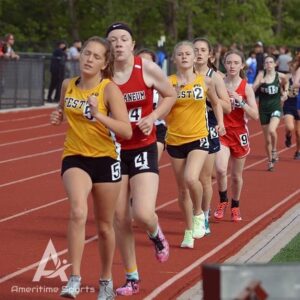 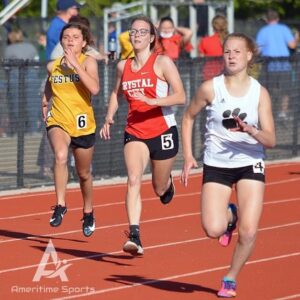 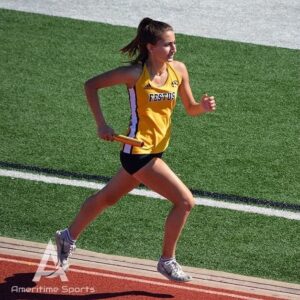 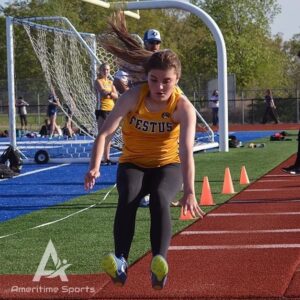 They Boys team also performed incredibly well to take second out of 10 schools, scoring 171 team points. They were just two points behind the winning school, the rival Hillsboro Hawks.

One of those standout athletes was Ella Shy, who continued to show her versatility. Having practiced the high jump for only two weeks, she ended up scoring in the event. She won the Pole Vault with a new personal record of 2.81m and was All-Conference in two other events. She cruised in the 100m hurdles, where she took third, and took third again in the 4x100m Relay. Head Coach Wesley Armbruster was quite impressed, and said, “We feel like Ella is just scratching the surface of what kind of career she will have as a Tiger.”

Shy herself knows that as well, and said, “The fact that we were unable to have a track season last year drives me to train hard and try my best every meet because you never know when it will be taken away. Even though track can seem individual, we are a team and I love to try to bring in as many points as possible.” She continued, “The success this year has been great! I still have big goals set for myself, so as long as I keep training to get better each meet, I know I’m on the right path.”

Alexis Biehle brought home four All-Conference performances, including the 100m, 200m, 4x100m and the 4x400m. She won the 100m and took second in the 200m. Armbruster noted, “The 200m was possibly the most competitive event at the meet, featuring every team’s top sprinter.” He added, “With this being her first year competing as a Tiger, Alexis is building a lot of confidence and it will pay off as we commit to making her a hurdler in 2022.”

Biehle commented on what she will work on, and said, “This week I will work on my block starts and endurance for my races. I will also encourage my teammates to to push themselves to their full potential at the Hillsboro Invitational and for the meets that follow.”

Another standout performance came from Kayla Roberts-Day. Armbruster said, “Kayla was ranked seventh going into the week in the Shot Put. Coach Ecker felt like she was going to break out all week and break out she did.” Roberts-Day improved her personal best by a full meter and took third, bringing home All-Conference honors.

Sophie Nolen also had an impressive day. Coach Armbruster explained, “It’s nice to have three of the top vaulters in the Conference. When you can only enter two athletes, it becomes very difficult in trying to make decisions. Sophie came to us early last week knowing we had a tough choice to make, and basically said we should vault Shy and Abbie Rogers. She badly wanted to win the team title and said she would focus on the Long Jump and the 4x100m Relay.” Rogers took second in the vault.

Nolen took second in the Long Jump. Armbruster added, “She displayed the selflessness and leadership that we have leaned on her for this year. She’s an incredible kid and her performance was incredible considering she only had about four jump sessions to prepare.”

Also making an impact was Kinsey Benack. She finished All-Conference in two events, the 100m and 4x100m, only seven months after ACL surgery. Benack commented on her performance, “I didn’t do as well as I hoped. I placed third in my 100m as well as my 4x100m. This week we are trying to improve our relays to perform very well in the upcoming Hillsboro meet.”

Even with a few nagging injuries, Dari White was asked to lead the distance team. She took second in the 3200m and scored in the 1600m and 800m.

Ciara McDonald took fifth in the Javelin and eighth in the Discus to score for the team. She was the only Freshman to score in any throwing events.

In the Boys results, Head Coach Chris Partney was thrilled. He said, “The Boys had a fantastic comeback on day two of the Conference Championships to tie the meet with only one race to go. Unfortunately, the Tigers finished second, but had many noteworthy accomplishments.” 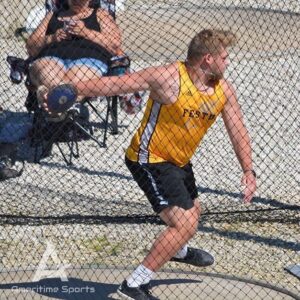 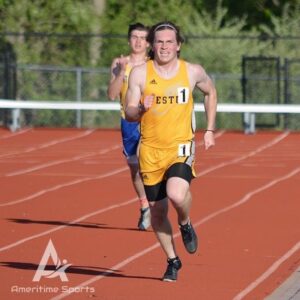 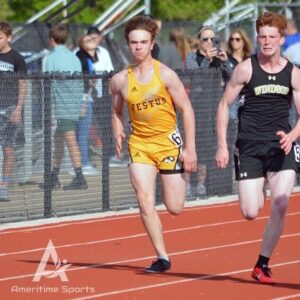 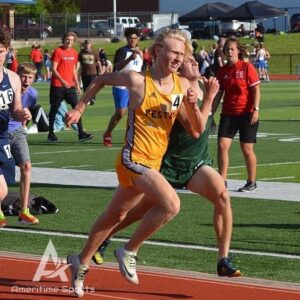 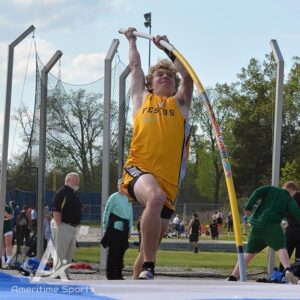 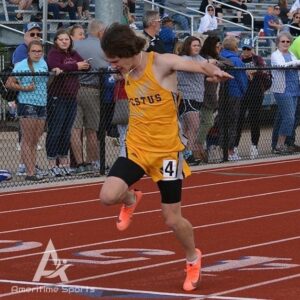 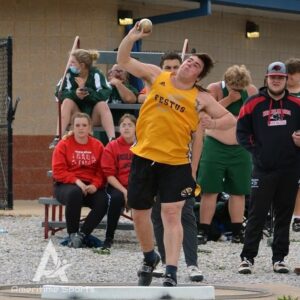 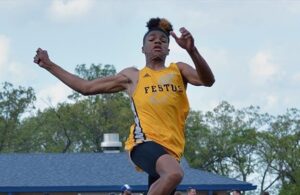 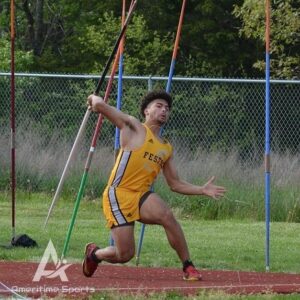 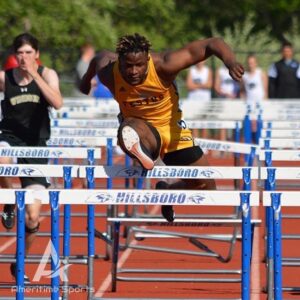 Festus took second in the 4x800m Relay with a time of 8:24.29. The team included Ethan James, Cullen Krieg, Jacob Meyers and Anthony Pittman.

In the Pole Vault, Aidan Grant won the event with a jump of 12’6” while Austin Johnson took fifth with a height of 10’6”. Grant was not satisfied, and said, “It definitely wasn’t my best. I had a lot of issues with the poles and finding the right pole to jump on but still managed to make them work.”

Lukas Smith and Austin Anderson scored for the Tigers in the Shot Put, coming in second and third respectively. Smith threw 45’8.75” and Anderson threw 44’11”.

The 4x100m Relay team took second with a result of 45.42. The team consisted of Branch, Johnson, Martin Cayse and Roberts-Day.

The 4x200m Relay team also took second with a time of 1:36.45. That team consisted of Branch, Grant, Glaze and Cayse.

Both teams now have a week to prepare for the Hillsboro Invitational coming up this Friday, May 7th.