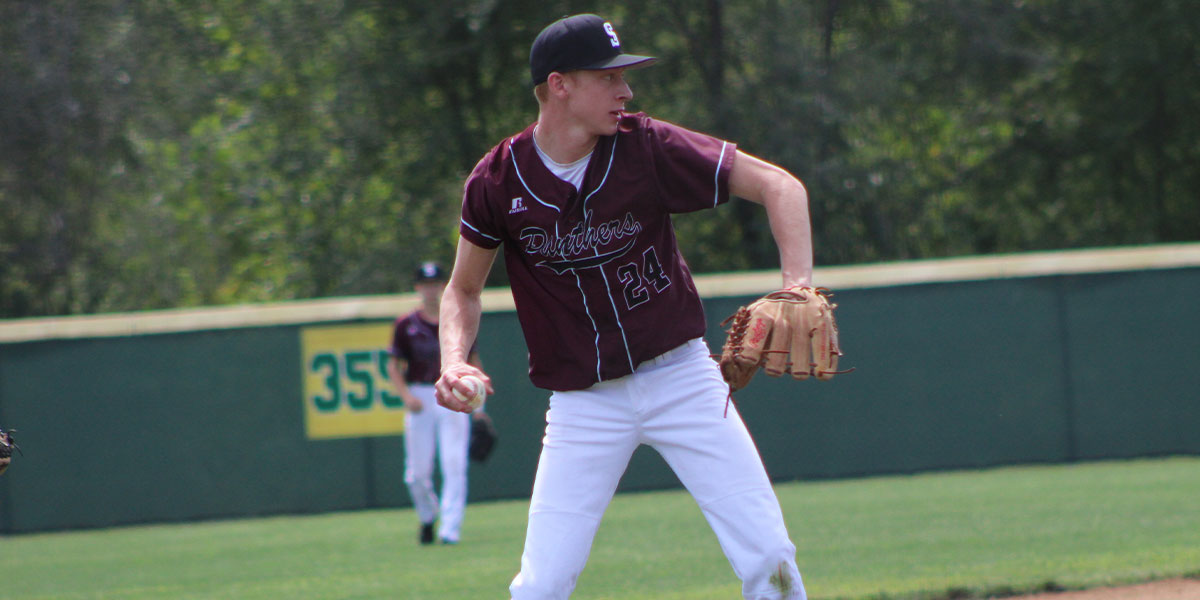 The South Iron Panthers beat the Ellington Whippets, but lose to the East Carter Redbirds in the Black River League Tournament. The Panthers are now 13-4 and look ahead to Puxico on Monday, May 3rd.

The South Iron Panthers Varsity Baseball team beat the Ellington Whippets, but followed that up with a loss to the East Carter Redbirds in the Black River League Conference Tournament.

The Panthers’ game against the Whippets was a defensive and pitching showdown. There was one run scored throughout the entire game and it didn’t come until the bottom of the sixth. Both teams put together a decent number of hits, but the run production didn’t come through.

It was a team effort on the mound from the Panthers. Harley Lewis started the game. He pitched three and two-thirds innings and surrendered four hits. Drenin Dinkins made an appearance on the bump and recorded two outs. Brock Wakefield pitched the rest of the way after that. He gave up only two hits and struck out one batter.

South Iron scored the only run from either side late in the game. Dinkins led off the inning with a double and eventually found his way to third. Joel Poston then hit a single that brought Dinkins across the plate. That was all the Panthers would need, as they locked up the 1-0 win.

Poston and Dinkins led the team with two hits each. Dinkins scored the only run of the game. Wakefield, Cody Huges and Lucas Lunyou all picked up one hit. Lewis and Dinkins each drew a walk in the game.

The Panthers didn’t have as much luck in their second game of the tournament against East Carter. South Iron had already lost to the Redbirds once this season, so they came into this game seeking revenge.

This time around, all of the scoring was done early on. East Carter tallied a run in both the first and second innings that put them ahead 2-0. Then South Iron managed to score a run in the top of the third when Wakefield found his way home on a fielder’s choice.

Unfortunately for the Panthers, that was the only offense they could produce all game. Two runs would be all the Redbirds needed as East Carter won 2-1.

Kelley, Lunyou and Dinkins were the only Panthers to pick up hits in the game. Brodie Miller drew two walks. Wakefield scored the Panthers’ only run.

Wakefield started the game on the mound and went the distance. He threw 98 pitches, allowed two runs off two hits and struck out eight batters. Only one of his runs was earned.

“I thought our pitching and defense was great,” Hughes said, reflecting on his team’s tournament performance. “Our bats let us down and we struggled.”

The loss to East Carter was only the Panthers’ fourth of the season. They sit at 13-4 overall with a few games left on their regular season schedule. Their next challenge is the Puxico Indians on Monday, May 3rd.