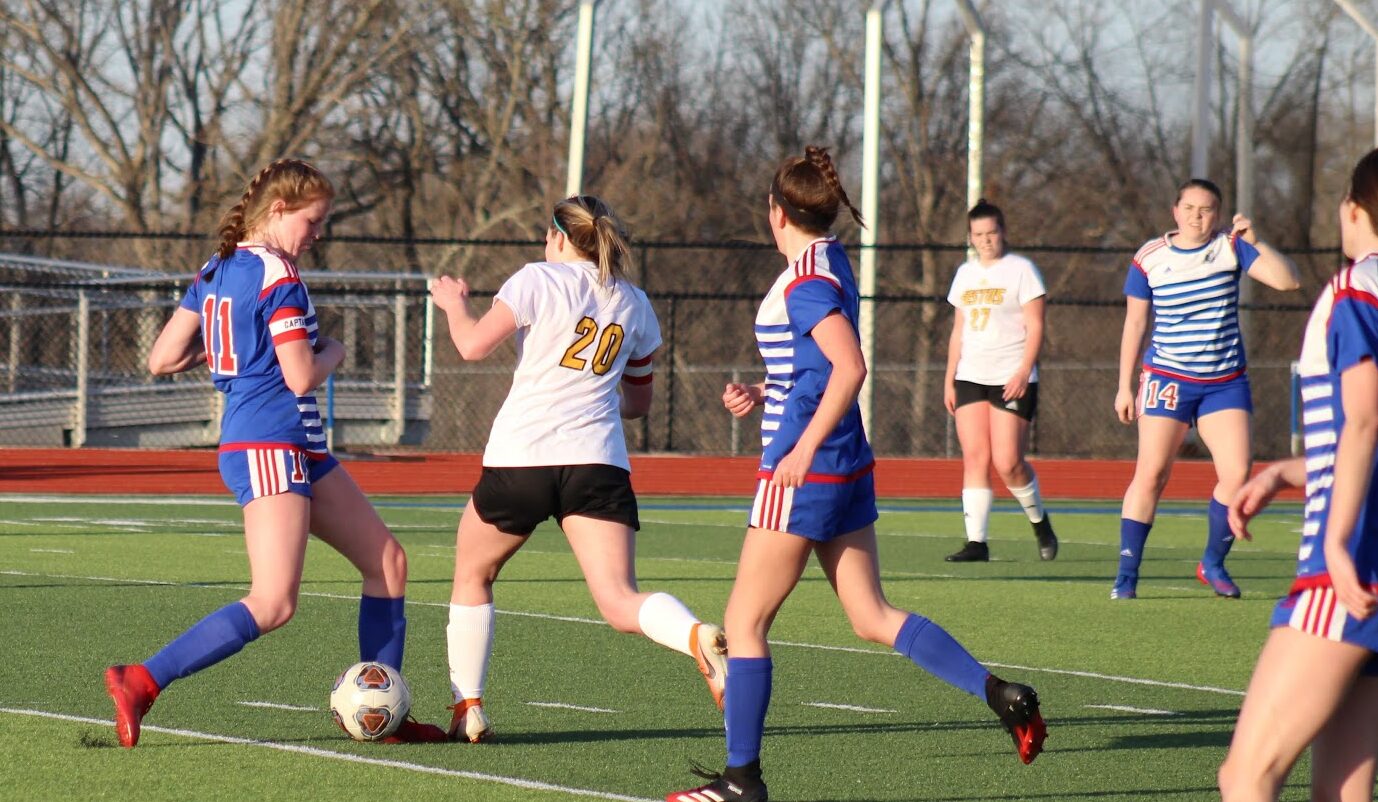 The Hillsboro Lady Hawks Soccer team takes sixth place in their hosted tournament, falling in three of the four games, but picking up a big win over Ritenour.

The Hillsboro Hawks Girls Varsity Soccer Team hosted their 13th Annual Hillsboro Tournament and came out 1-3 on the week. In some intense matchups and one triumphant win, the Hawks continue to find ways to improve.

For the first round of the tournament, the Hawks faced off against Fox. The Hawks played a strong defensive game for most of the first half before giving up goals in the 37th and 38th minutes.

Hillsboro didn’t find the chance to strike back with a goal of their own in the second half, and Fox went on to add four more goals in the 44th, 61st, 72nd and 73rd minutes.

Baylei Clubb played in goal for all 80 minutes and saved 15 of the 21 shots on goal. The Hawks had one shot on goal.

Later that day, the Hawks shook off the loss and came back with a win of their own. Right off the bat, Carolyn Leonard, assisted by Flynn Perry, put a shot in the back of the net in the eighth minute. The Hawks kept up the pressure, striking again in the 30th minute. This time the goal came off the foot of Colleen Theiss and was assisted by MacKenzie Baker.

In the second half the Hawks shut the door on Ritenour. Theiss earned the third goal off of a penalty kick in the 57th minute. Leonard also added another goal to her tally, this time assisted by Theiss, in the 62nd minute.

Clubb took charge in goal once again for all 80 minutes and had one save. The Hawks had ten shots on goal over Ritenour’s one.

“It was nice to see the girls having fun and scoring some goals,” Head Coach Sam Nansel said. “We’ve been working really hard to improve on the little things and it showed in the way we played. We are proud of these girls for never losing hope or giving up.”

Oakville was a tough matchup for the Hawks. Despite the Hawks best defensive efforts, the Tigers scored in the tenth, 16th, 27th, and 39th minutes.

The Hawks didn’t fare much better in the second half, as Oakville added another four in the 41st, 55th, 56th, and 62nd minutes.

Clubb played in goal all 63 minutes and saved 20 of the 28 shots taken by the Tigers. The Hawks did not find the opportunity to take a shot on goal.

The Hawks faced off against the Blackcats on Saturday for fifth place. Fredricktown took the lead, scoring in the sixth minute. The Hawk defense came to life, holding the Blackcats off until later in the first half, where they scored in the 25th and 28th minutes.

Hillsboro upped the intensity in the second half, keeping the Blackcats at three and looking for their own chance to score. Late in the half, Fredricktown snagged two more goals in the 68th and 76th minutes, cementing fifth place.

Clubb played in goal for the first 40 minutes before switching out with Baker for 36 minutes. Clubb returned for the final four. The two had six and five saves respectively. The Hawks had two shots on goal to the Blackcats’ 16 shots on goal.

“During this tournament, we played some very talented teams that challenged us well,” Leonard said. “Going into a game, we kept our spirits high and were excited to play while improving our game. We can always improve, but I think we are only missing a spark that will galvanize our team to play to our full potential.”

The Hawks now prepare to go on the road to take on Winfield on April 19th. The game starts at 6:00 p.m.