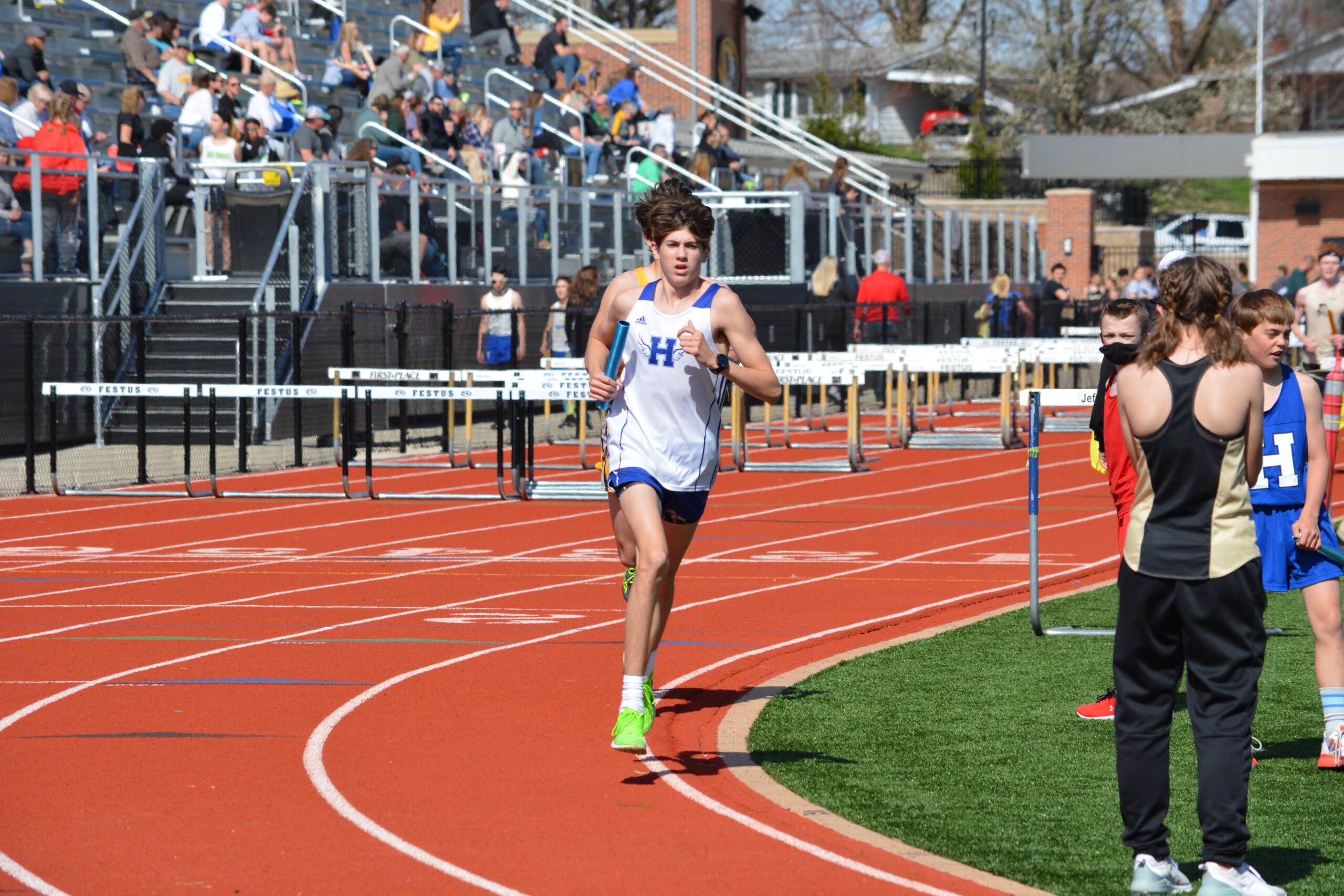 Hillsboro Boys Track and Field take home the gold at the Perryville Invitational on Tue April 6th thanks to several personal best or personal records set.

Hillsboro Boys Track and Field had one of their best meets of the season on Tuesday April 6th, beating out 14 other schools and taking first place inn the Perryville Invitational with 132 points.

Tristan Jones took first in Triple Jump, clearing 13.29m. Sam Wright cleared 1.8m in the High Jump which was good enough for second place, and took first place in the 200m dash, beating the second place finisher by almost half a second. He also came away with first place in the 400m Dash and 110m Hurdles. Gavin Vaughn took second in the 3200m, as did Jonah Allison in the 800m. As a team, the boys dusted the competition in the 4x800m Relay, finishing in 8:48.13, the next closest competitor was Valle Catholic with 9:11.51.

“The Boys performed extremely well yesterday.” Said Head Coach Todd Medley, “It was a very long day but they persevered through it and [had] somewhere around 18-20 personal best/personal records set.  I believe we are just starting to scratch the surface on how good this team can be and it’s exciting.  There are a few events to where we haven’t gotten to where we need to be, and we are working very hard to get there.”