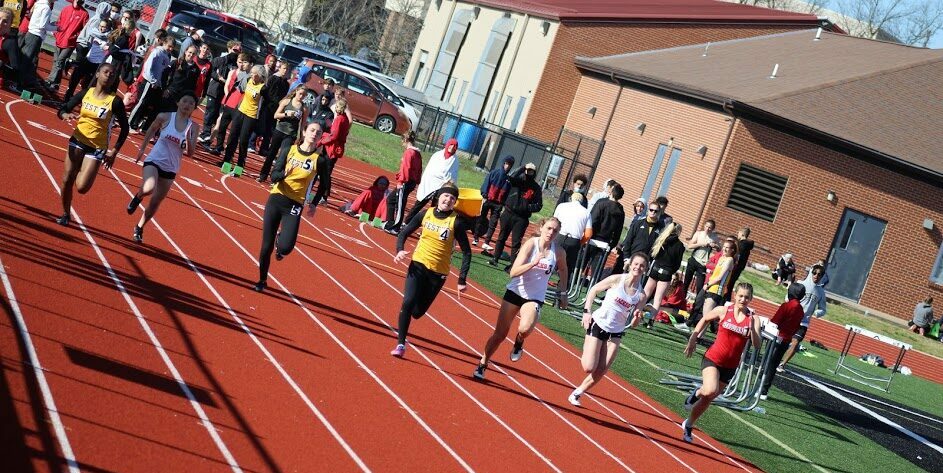 The Tigers do their best to break through and win the Farmington Quad track meet, but fall just short of Jackson, and finish in second with 154.5 team points.

On Thursday, April 1st, the Festus Boys and Girls Varsity Track teams competed in the Farmington Quad meet at Farmington High School. The three other schools participating in the meet were Farmington, Herculaneum and Jackson.

The Tigers made a great effort, and set 56 new personal records, to come in with a team score of 154.5 points, good for second place on the day. Jackson won the meet with 189 points.

In the High Jump, Freshman Delaney Willis set a personal record, jumping 1.37 meters, to finish in third place. She also had a personal best in the Triple Jump with a leap of 9.17m.

Head Coach Wesley Armbruster was pleased with the results, and said, “Early season meetings have stressed the importance of taking chances, and the Festus distance squad took full advantage.”

Courtney Fadler set a personal best in the 1600m with a time of 6:11. She will be looking to crack the six minute mark soon. Armbruster noted, “Fadler’s performance displayed resiliency at its finest. After experiencing an injury this winter, she was unable to train much of January and February.”

Sophomore Presley Perry set personal bests in the Javelin with a throw of 27.43m, the 400m run with a time of 1:09.10 and a 200m time of 30.27. “She finally got her first real chance to show the potential contributions she could make to the 2021 Festus squad,” said Armbruster.

In the Triple Jump, Branch finished second with a jump of 39’9”.

Lucas Smith finished first in the Shot Put and fifth in the Discus.

In other exciting track news for Festus, the MSHSAA announced that the Class 4, District 1 track meet will take place at Festus High School.

Both teams will be in action on Saturday, April 10th, in the Mineral Area Relays.