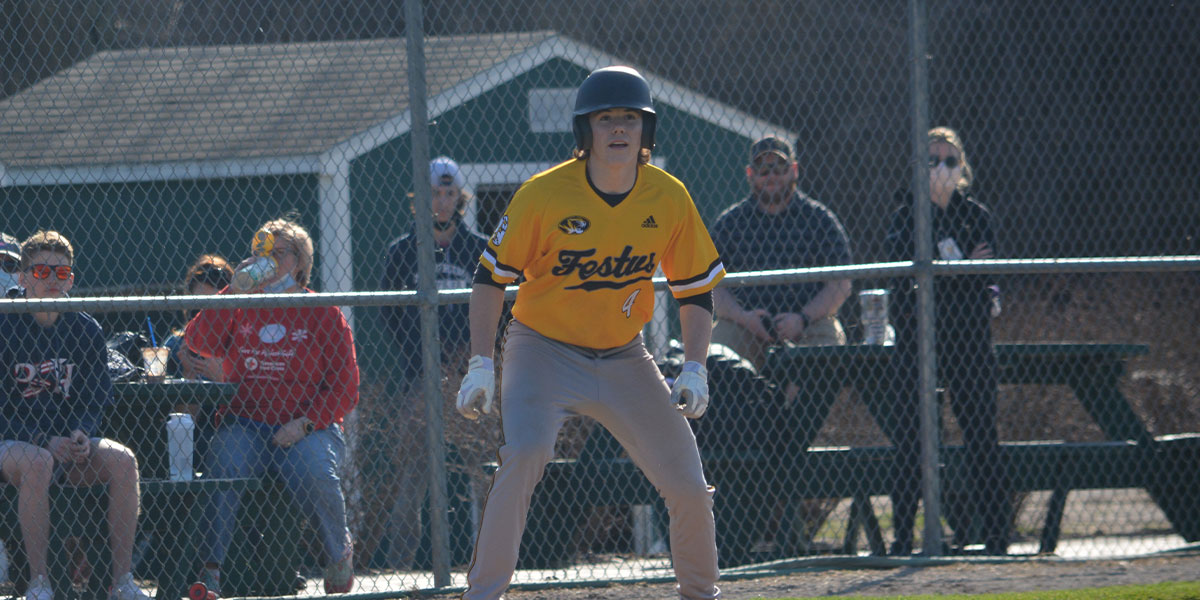 The Festus Tigers lose to the Northwest Lions 8-5 on Wednesday. The Tigers are 3-4 and have the St. Louis Patriots on Monday, April 5th.

The Festus Tigers’ Varsity Baseball team dropped their fourth game of the season 8-5 to the Northwest Lions on Wednesday. The Tigers had previously won their last five matches with Northwest before the loss.

There was a lot of damage done this game and it was almost all done early on. Northwest was the first on the board. They put together a two-out rally in the first inning that resulted in four runs. Festus was in a deep hole heading into their half of the first, but the Tigers responded. Collin Reando and Cole Wagner each came around to score off of Lions’ errors. Festus left the first trailing 4-2.

Northwest picked up where they left off in the second inning. They scored two runs off of Festus’ mistakes before they ripped an RBI-double into left field to take a 7-2 lead.

The Tigers weren’t going to go away quietly. Wyatt Huskey came around to score on a ground ball to the pitcher to get things going in their half of the second. Laine Axtetter grounded into a fielder’s choice that scored Cameron Ford. Then, Nate Moore drove a single into left field that allowed Wagner to cross the plate. Festus cut the lead to 7-5.

Unfortunately for the Tigers, their bats fell quiet the rest of the game. The Lions added one more run in the fifth inning to cap off the 8-5 win.

“We had some big calls that didn’t go our way and had some pretty big opportunities just fall through,” Wagner said. “We really just have to keep swinging through the ball in our at-bats and making the routine plays.”

Reando led the team with two hits. He was 2-4 with an RBI and a run scored. Wagner was 1-2 at the plate and scored two runs. Axtetter, Moore and Ford all had one RBI as well. Northwest outhit Festus 10-6.

Ian Brown started the game on the bump for the Tigers. He let up seven runs through one and two-thirds innings. Moore was the first in for relief. He pitched three and one-third innings, allowed two hits, one run and struck out five. Trent Ellis finished off the last two innings. He threw 28 pitches and gave up three hits.

“I think the biggest factor in our game last night was our hitting with runners in scoring position,” Ford said. “I think we will come through next week with a win as long as we hit the field hard, have a strong first inning and work hard at practice these next few days.”

The Tigers now sit at 3-4 on the young season. They are doing some things well, and it seems like the team is aware of the areas they need to improve on. Festus looks to get back to .500 on Monday, April 5th against the St. Louis Patriots.