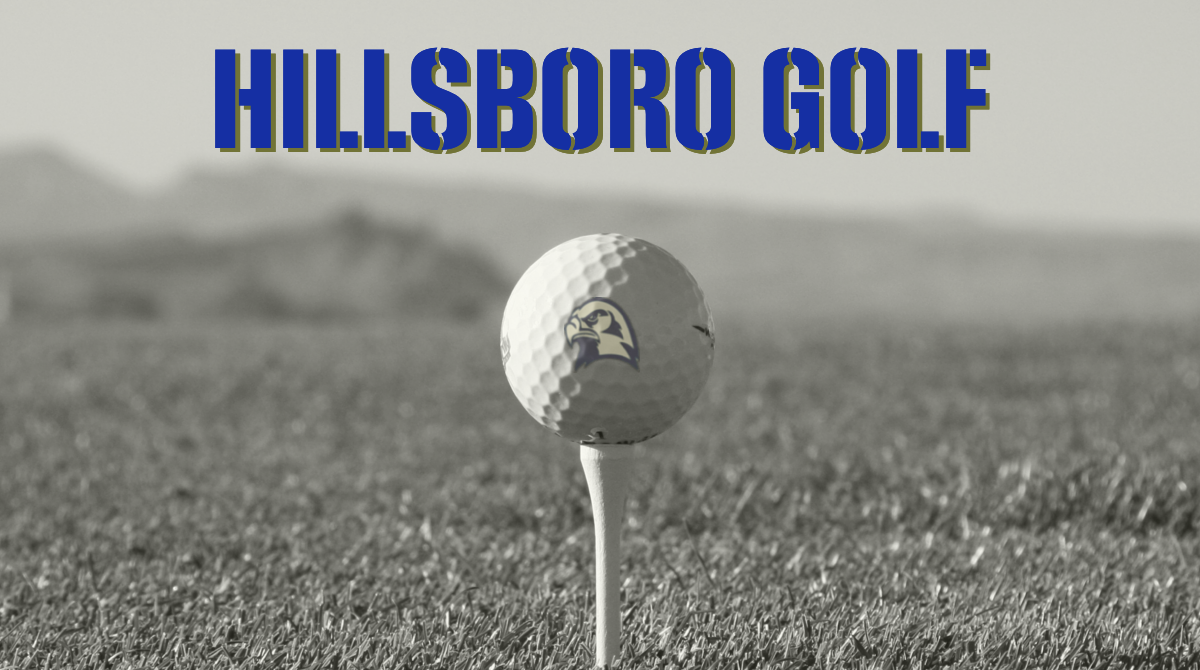 The Hillsboro Hawks Golfers split their opening triad matches to kick off the season. They take second in the first match, but reign in first place in the second battle.

The Hillsboro Hawks Golf  team split their opening week of the 2021 season.  They came up with a second place finish in the opening match against Herculaneum and Festus, and then won the second match against Jefferson R7 and St. Pius X. The Hawks were a picture of consistency at Raintree where both matches were held on the par 36 back nine, with 211 strokes in the first match and 212 in the second.

Werner Finder was the Hillsboro low scorer in the first match, shooting a 51 and showing great composure after a particularly rough first hole. He managed to make par on the second, third and fifth holes. Mason Watkins and Elijah Rogers were not far behind, both shooting a 53. Tyler Bone, was close behind, ending up with a 54. However, he struggled on the seventh hole, which dramatically affected his score. AJ Krasnesky shot a 55, and Ryan Cox put up a 57.

The Hawks’ 211 was not enough to top Festus’ impressive 192, but it was enough to handily beat Herculaneum’s 279. All in all it was a solid performance from Hillsboro’s young men out on the links.

The second match, on the same course, showed much of the same performance. This time Watkins held the lowest score with a cool 50. Rogers, Cox and the ever-consistent Bone all put up 54, with Krasnesky just behind shooting a 55. Finder had 56 after difficult holes on three and four, but made par on the first and eighth holes. Hillsboro was able to walk away with a win this match, with St. Pius X only scoring 221 and Jefferson R7 scoring 248.

The Hawks play in the North County Invitational on Wednesday March 31th, and then take on Perryville the next day Thursday April 1st.