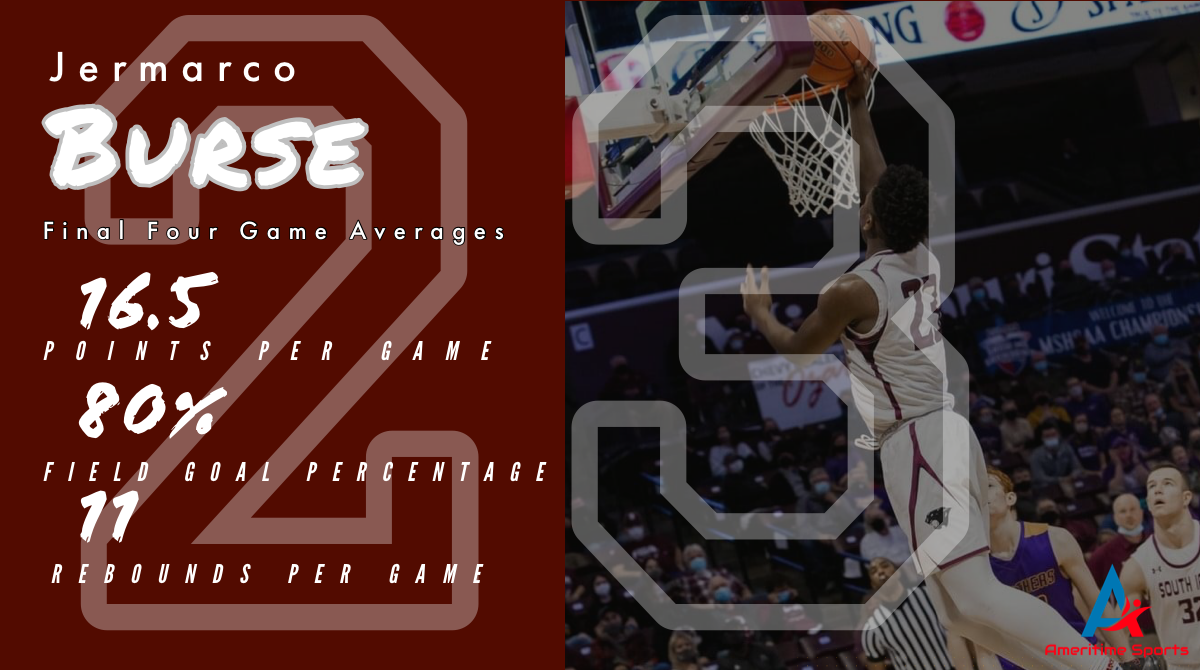 Jermarco Burse Jr. brings a diverse set of skills to the table as a basketball player. Be it on offense or defense, he was a force to be reckoned with on the hardwood this season… and the South Iron Panthers certainly wouldn’t have been crowned State Champions without his invaluable contributions.

Unfortunately, Burse missed all of his Junior year because of a knee injury, but no one could tell with the way he played his Senior season. As a Senior for the Panthers he played an irreplaceable role on a championship-winning team. It’s clear Jermarco has the work ethic and drive to develop into an impactful basketball player at the next level.

Burse is an athletic 6’4 that runs the floor and rebounds at a high level. He shot 67% on 211 two-point attempts, averaged 6.9 total rebounds, 2.7 offensive rebounds and 11.7 points per game over 29 contests in his Senior season. He was consistently dominant in the paint grabbing boards, and was always there for those precious second chance points. This, coupled with his ability to score in transition, along with a fundamental mid-range jumper, makes Burse a threat to any defense.

His rebounding prowess was undoubtedly on display during South Iron’s run to the Class One State Championship, as he averaged 4.3 offensive boards and 9.7 total rebounds throughout six postseason games.

Amazingly, a lot of Jermarco’s ability still remains untapped, but his ability to adjust to what is best for the team is always on full display. He played center every night for a State Champion South Iron team that lacked height. Being 6’4 though, transitioning into more of a wing role with a team at the next level, might make sense in the right system. Regardless of the particulars, it’s clear that Jermarco Burse Jr. will be not only an attribute, but a standout, for whatever school is lucky enough to land his talents.