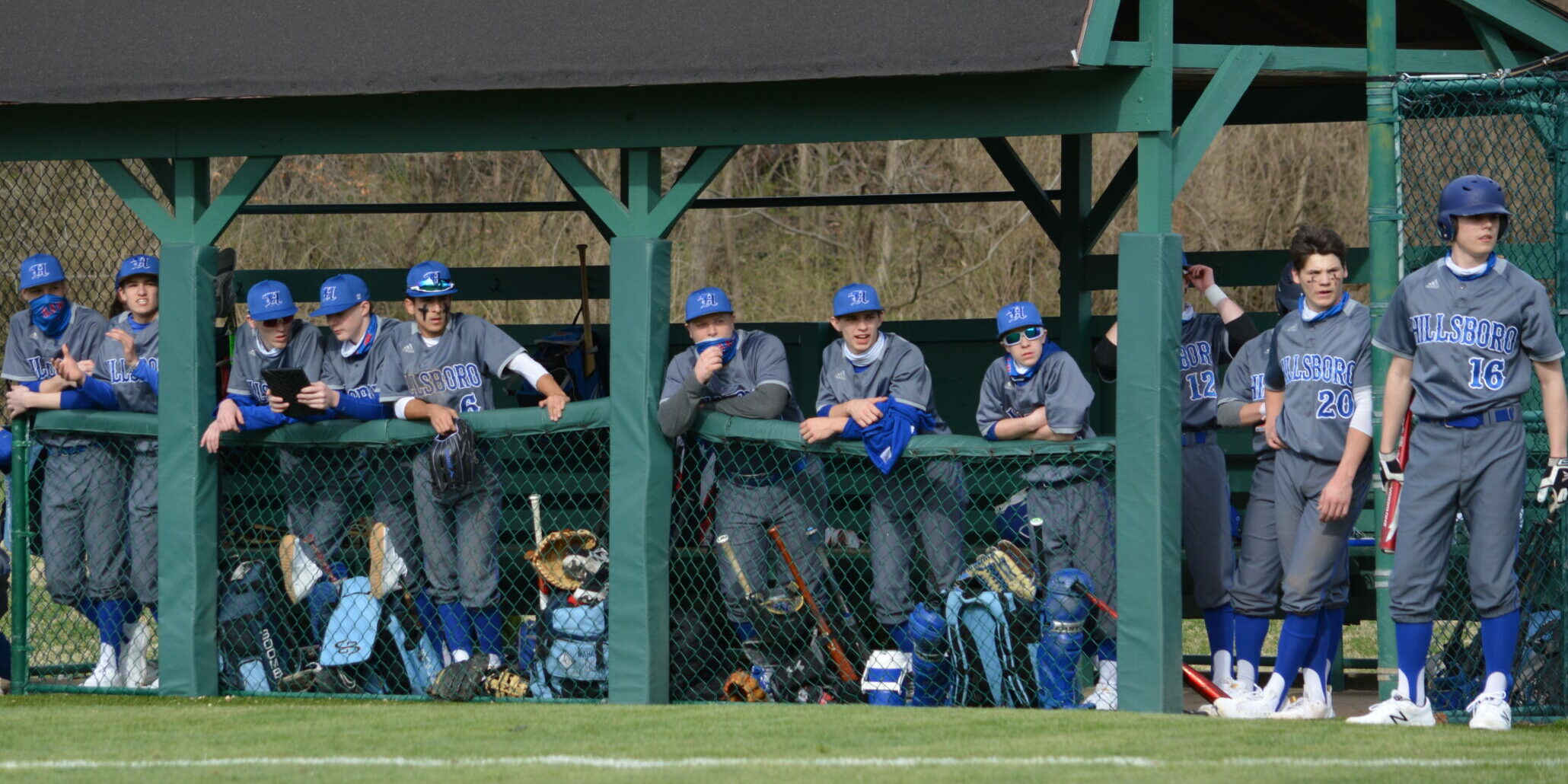 Hillsboro Hawks Varsity Baseball has a frustrating start to the season, falling to Parkway South, but it’s just one game and the Hawks still have a lot to look forward to this season.

The Hillsboro Hawks Varsity Baseball team fell just short in their season opener against Parkway South on Monday, March 22nd by a score of 8-7. The back-and-forth game against the non-conference Patriots was a good test for the Hawks.

Head Coach Kevin Lucas was quick to point out positive takeaways in his comments after the game. “Well I’m obviously disappointed we lost, but I liked the way we battled and never gave up.” Lucas said. “We definitely looked better than we did in our jamboree. We need to be able to make some adjustments at the plate. We hurt ourselves in the first inning running the bases, but that was just those first game jitters.”

It looked like Hillsboro would have a chance to take an early lead when their first two hitters reached base on a hit by pitch and a walk. Then surprisingly, Patriots catcher Nathan Eye threw both runners out on steal attempts. And in the blink of an eye, in the bottom half of the inning, Parkway South scored three runs off the Hawks lefty starter Gabe King.

In the top of the third inning, the Hawks responded by putting up four runs of their own. Designated hitter Zach Whaley led off with a single, and moved to second on a single by left fielder Cruz Valencia. Shortstop Noah Schuman then manufactured a run with a single to score Whaley. Hillsboro kept the line moving and capitalized on Parkway South’s errors, scoring on multiple failed pick-off attempts.

The Patriots came back in the bottom of the inning, however, and scored on an overthrow of an attempted steal. They pulled ahead in the fifth with a leadoff home run by Eye.

Schuman answered for the Hawks with a home run of his own in the sixth. “I was just trying to stay back and get a pitch to drive and try not to get too deep in counts,” Schuman said of his approach. “[I] tried to jump on things early [and] look for my pitch.”

Parkway South followed in the bottom of the frame with two more home runs, pulling ahead 8-6.

Hillsboro attempted their third comeback of the game with a leadoff double from Bailey Heidbreder, who scored on a fielders’ choice in the top of the seventh. It was not enough though, as the Patriots would ride out their one run lead to a victory.

Defensively, the Hawks did not commit any fielding errors, and third baseman Andrew Brody had four infield assists. Offensively, Schuman and Whaley led the team with two hits each, and both teams had nine hits in the game.

“Our bats started coming together as a team, but [the Patriots] just kept scoring,” Valencia said. “When we knock the rust off we will definitely be something to watch in our district.”

Schuman shared Valencia’s feelings, saying, “I feel like we have a good team when all things are right and we are just trying to all get back into things.”

Coach Lucas also pointed out his starting pitcher’s offensive efforts, as well as his pitching, when he settled in after the first inning .“Gabe King did a pretty good job on the mound and at the plate. Typically if you score 7 runs you should win, but not today.”

Hillsboro plays Jackson on Wednesday, March 24th, and then travels back to St. Louis to take on Parkway Central on Thursday, March 25th. 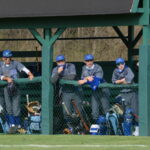 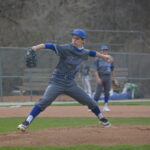 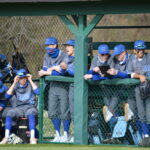 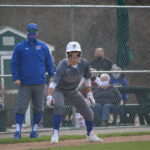 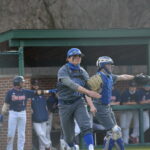 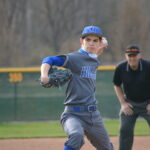 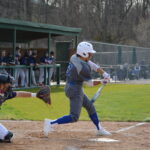 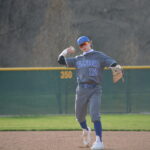 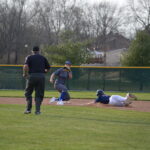 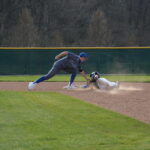 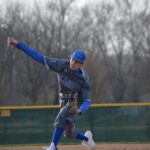 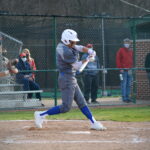 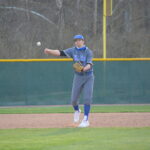 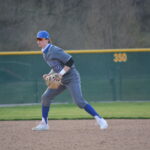 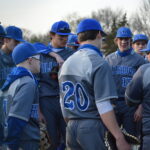 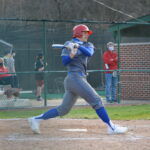