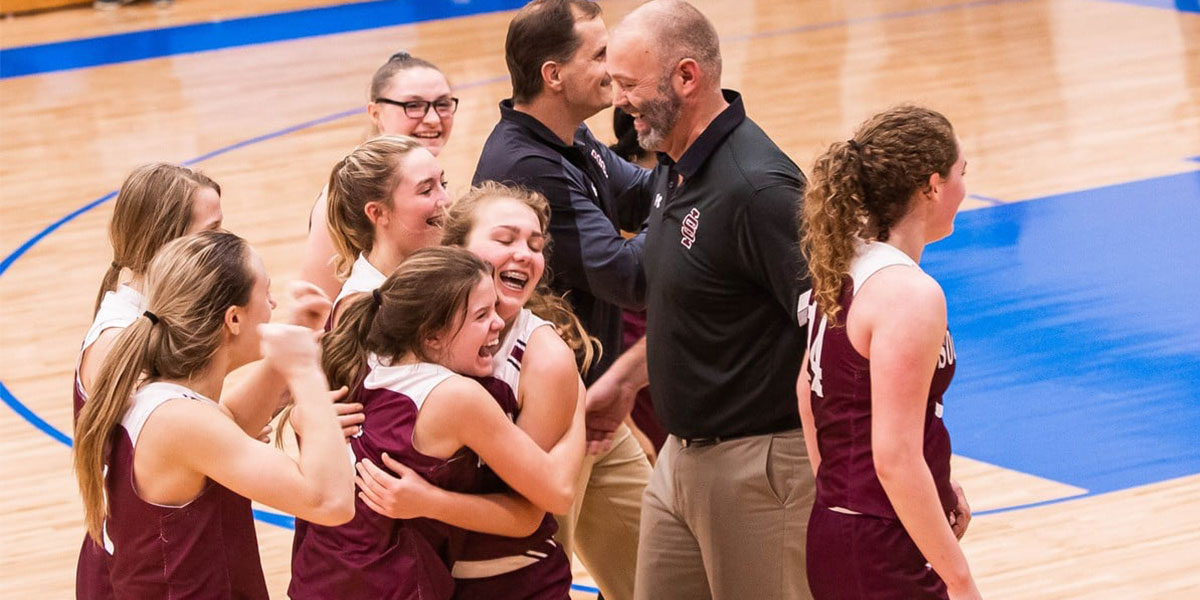 The South Iron Panthers beat the Delta Bobcats 65-63 and put themselves into the Class One State Final Four. South Iron takes on Leeton Friday, March 12th with a trip to the State Championship on the line.

The South Iron Panthers Girls’ Varsity squad is headed to the Class One State Final Four after a 65-63 nail-biting victory over the Delta Bobcats on Saturday.

Intensity was the name of the game Saturday afternoon. With a trip to the Final Four on the line, neither side was going to go down easily. The fans from both South Iron and Delta packed the Bobcats’ gym to where it was practically busting at the seams. There were even fans who couldn’t find a seat floating around the edge of the court. Delta’s stands begin inches away from the court’s sideline so the rowdy fans from both sides truly did play a factor.

The Panthers played well right off the opening tip. Enzley Dinkins scored the team’s first six points and put South Iron up 6-2 early. Delta tightened up their defensive pressure and began to fight back. The Bobcats then went on a run, capped off by an and-one layup. The free-throw gave them an 8-7 lead. The Panthers found themselves holding the ball for extended periods of time, working it through their offense and trying to find a clean look at the basket against the stout Delta defense. The Bobcats ended the first quarter ahead 14-11.

Delta worked to extend their lead early in the second quarter. They scored on a layup and immediately stole the ball back from South Iron when they tried to inbound the ball. Another layup put the Bobcats up 19-11. Then, it was the Panthers’ turn to strike. South Iron was finally able to find good shots within their offense and began to take control of the size advantage they held over Delta.

“Delta’s defensive pressure was really good out of the gate,” Head Coach Lawrence Graves said. “But as the game progressed, the girls started to get a feel for it and settled down… Then we started finding a lot of really good shots.”

They went on an 8-2 run and trimmed Delta’s lead to just two. At this point, the game began to get more physical. More fouls were called and the fans on both sides were growing more irritable as each second ticked off the clock. The energy in the building became more intense as each side continued to trade baskets. South Iron tied the game at 27 before Delta hit a layup as the second quarter buzzer sounded. The Bobcats held a 29-27 advantage at the half.

South Iron came out of the locker room determined to take the lead. Megan Lashley drilled a layup as she was fouled on the Panthers’ first possession. She hit her free-throw and gave her team a 30-29 lead. The Bobcats still found ways to score, but South Iron began to hit their shots from beyond the arc. Three-pointers from Madison Ayers and Anna Parker combined with a fast break layup from Dinkins put the Panthers ahead by six midway through the third. Delta cut the lead to three, but a buzzer-beating layup from Ayers put South Iron ahead 45-40. The Panthers were eight minutes away from the Final Four. 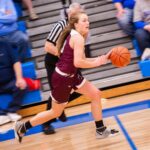 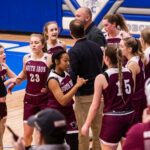 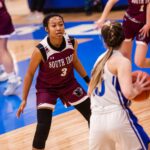 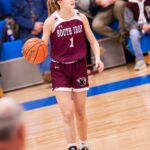 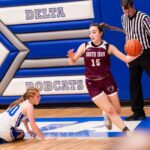 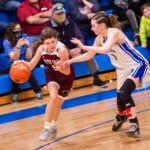 South Iron was off and running at the start of the fourth. Back-to-back threes from Ayers and Drew Gayle gave the Panthers an 11 point lead, their largest of the night. The Bobcats strung together a few baskets from beyond the arc as well to cut the lead down to five with just over four minutes to play. Both sides continued to trade haymakers and played like their season was on the line. Every loose ball saw multiple bodies hit the floor to recover it.

Near the end of the quarter, the Bobcats drew a foul that put them at the free-throw line. Delta missed both free-throws but grabbed the offensive rebound and made an impressive layup through three Panther defenders. Then, South Iron inbounded the ball and it was immediately stolen back by Delta. They were fouled yet again and sent to the free-throw line. The Bobcats made one out of two and put themselves within one point of South Iron.

The Panthers stayed poised. They communicated with each other well and quickly got back on track. With 40 seconds left in the game, Delta committed a double-dribble that proved to be their most costly turnover of the game. Shortly after, with 16 seconds left, Gayle launched an inbound pass nearly the length of the court that landed softly in the hands of Allecia Cornell. She hit the layup and locked in the victory for South Iron. The Lady Panthers were headed to the Final Four.

“The team knew the game against Delta was going to be a dog fight the whole time,” Lashley said. “Delta was really good. We knew if we wanted to win we’d have to keep our heads in the game. We held onto each other throughout the game and played our hardest.”

Ayers led the team with a staggering 28 points. She also had three rebounds and four steals. Dinkins picked up a double-double with 14 points and ten rebounds. She also had six assists. Parker and Gayle each had seven points while Lashley had five and Cornell had four.

“There were a lot of pieces to this puzzle,” Dinkins said. “We had to be mentally prepared for each and every opponent we faced. We have come a long way from the beginning of this season but we are not finished yet.”

The journey doesn’t get any easier from here. South Iron will now travel to Springfield for the Class One State Final Four.

“We want to get into that championship game just as bad as anyone else and we are going to do whatever it takes to get there,” Lashley said. “Win or lose, we’re very thankful to have the chance to go to the Final Four together and make more history for South Iron.”

This young group of Panthers is still hungry. They take on the Leeton Lady Bulldogs on Friday, March 12th with a trip to the State Championship on the line.