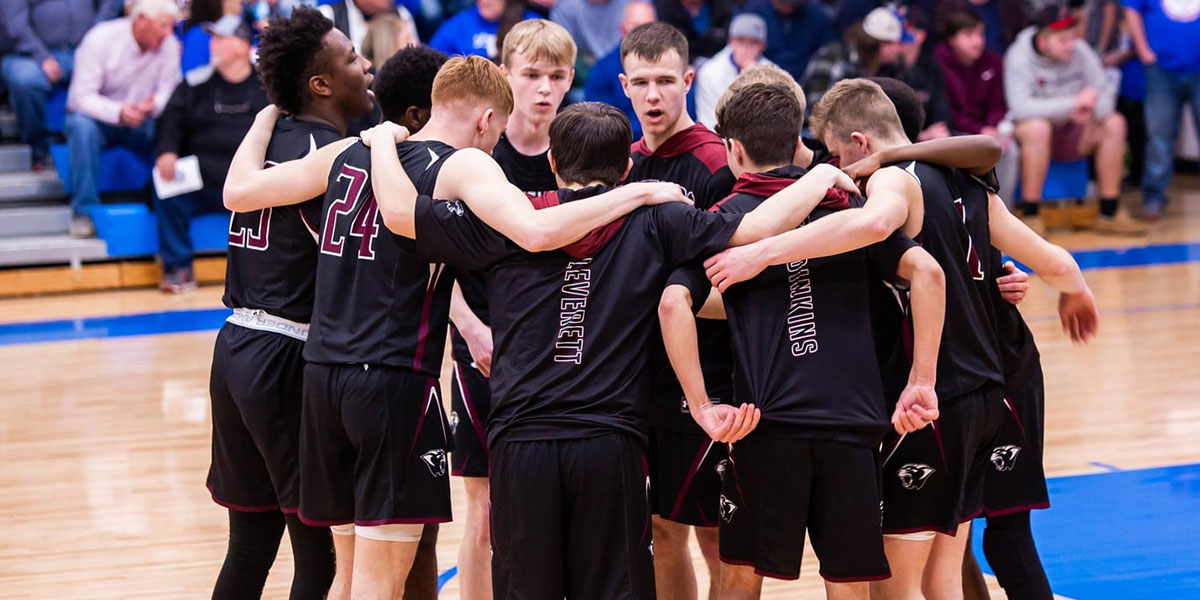 The South Iron Panthers roll past the Delta Bobcats 105-67 and put themselves into the Class One Final Four of the State Playoffs. They run up against the Higbee Tigers with a trip to the championship on the line.

The South Iron Panthers Varsity Boys blasted the Delta Bobcats 105-67 on Friday to put themselves into the Final Four of the Class One State Playoffs.

The Panthers have been playing with their season on the line since the end of February and they have been tearing through everyone in their path. That did not change Friday night.

It was evident early that Delta High School was in hostile territory. The gym was packed to the brim with wired Panther and Bobcat fans. There wasn’t an empty seat in the house, and those who couldn’t find a seat floated around the edges of the court. The stands in Delta’s gym are close enough to the floor that if a fan was to spit it would land near the free-throw line. Delta’s fans and the Bobcat players were anxious to get the action started. However, they were not ready for what the Panthers were about to throw at them.

The Bobcats like to play fast, but the Panthers were faster. South Iron shot out of the gate and immediately began to put the hurt on Delta. In the blink of an eye, the Panthers were up 20-3 with four minutes still left in the first quarter. Brock Wakefield was Delta’s biggest problem. He was doing it all early. Drenin Dinkins lobbed up an alley-oop pass that Wakefield threw down and finished. Wakefield landed and let out a passionate yell that set the tone for what the Bobcats were in for the rest of the night. The alley-oop made it 32-9.

Delta heaved a three from about half-court that went down as the buzzer sounded in the first quarter. The Delta fans roared, but the players looked disjointed. South Iron led 38-15 at the end of the first.

The Panthers kept the pressure on in the second quarter. One of their biggest strengths was active hands on defense. They were constantly poking the ball away from the Bobcats and getting easy fast-break points as a direct result. Lucas Lunyou did everything he could to be a pest to any Delta ball handler, and he had an excellent quarter scoring the ball as well. 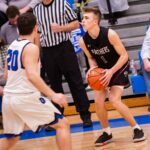 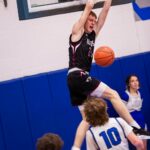 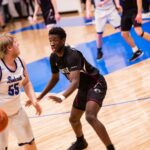 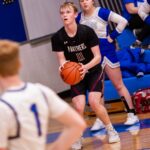 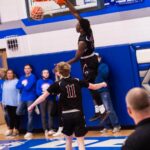 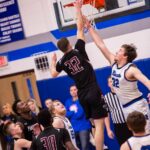 The Bobcats continued to struggle to get back on defense and weren’t knocking down their shots. Three-point shooting was the focal point of their offense and, unfortunately for them, they struggled to get uncontested looks at the rim. That translated to South Iron extending their lead to 63-34 by halftime.

Delta was forced to slow down their offense and really work the ball around to get good shots. Much like their game against Chadwick, that worked right into the Panthers’ favor. They were already ahead by 30 so the longer Delta held the ball the better. At one point in the third, the Panthers pushed the lead to 50.

The Bobcats were able to string together some shots from downtown that cut the Panther lead to 40 before the end of the third, but the Panthers bench put the cherry on top of the blowout in the fourth quarter. South Iron won 105-67 and is headed to the Class One Final Four.

“It took lots of discipline on the defensive end,” Jermarco Burse said. “We know in postseason basketball defense is a crucial part of success.”

The Panthers spread the love in the form of four 20 points scorers. Lunyou and Wakefield tied for the team lead with 23. DJ Prater was just behind with 22 and Dinkins finished with 21. Wakefield shot 11-14 from the floor with six rebounds and seven assists. Dinkins flirted with a triple-double and racked up eight rebounds and nine assists. Prater had seven assists and five steals while Burse led the team with nine rebounds and contributed eight points.

South Iron will now take a trip to Springfield, Missouri in hopes of accomplishing their dream of a State Championship. The word dream may not accurately describe the championship because it is creeping closer and closer to reality.

“We just want to go and do what we have done all year,” Wakefield said. “We feel that if we play hard, connect with each other and execute our gameplan that we can compete with anybody.”

The Panthers are now only two games away from cementing themselves in history.

“Going to the Final Four is an amazing feeling,” Burse said. “Now we just have to understand that we have business to take care of and it’s our job to stay focused and execute.”

The next team standing in their way is the Higbee Tigers. The Final Four matchup takes place Friday, March 12th at 10 a.m.