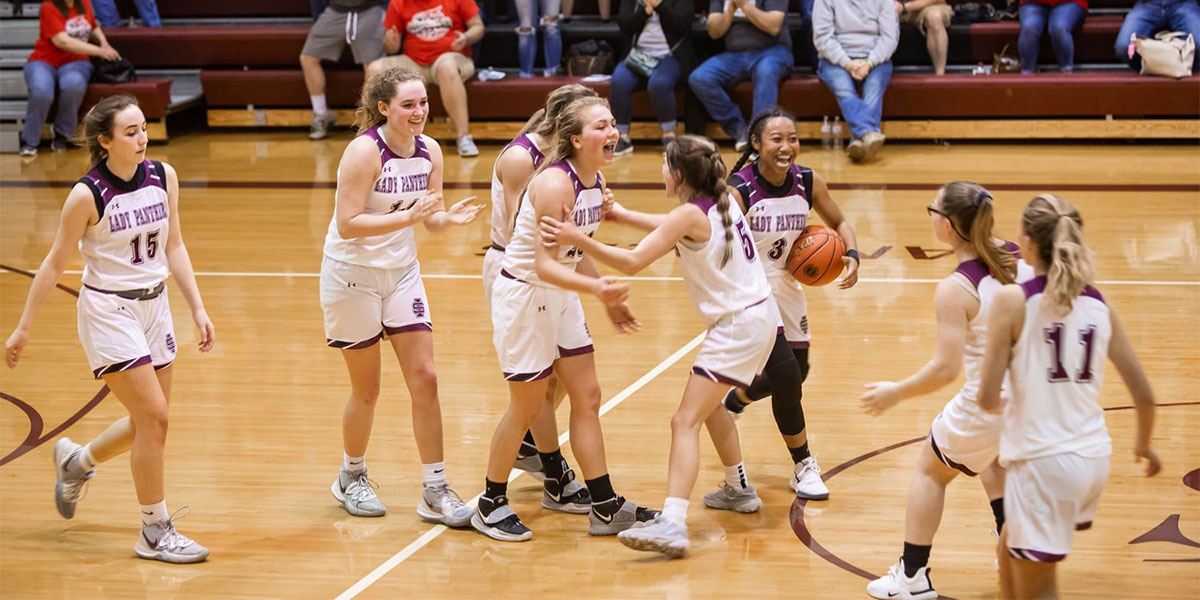 The South Iron Lady Panthers beat the Chadwick Lady Cardinals 54-46 and advance to the Class One State Quarterfinals. The Panthers take on Delta on Saturday, March 6th.

The South Iron Lady Panthers beat the Chadwick Lady Cardinals 54-46 to advance to the quarterfinals of the Class One State Tournament.

Chadwick came out of the gate ready to take down the inexperienced Panther squad and they jumped out to an early lead. South Iron showed that their inexperience did not matter and battled to tie the game at 14 by the end of the first quarter.

“There is something special about getting to play basketball in March,” Head Coach Lawrence Graves said. “They showed up and played like you’d expect a team to this time of year. They came out of the gate strong and took an early lead, but our girls showed a lot of grit and worked really hard together to get the lead back.”

The Panthers did exactly that. They scored 14 more points in the second and held the Cardinals to only ten. Neither of these teams was going to go down quietly. South Iron led 28-25 at halftime.

South Iron came out of halftime ready to extend the lead but the Cardinals didn’t make it easy. The Panthers scored 11 in the third but Chadwick stayed glued to their hip and scored ten of their own. South Iron led by four heading into the final eight minutes of the game.

It was only right that this sectionals matchup came down to execution in the fourth quarter. The Cardinals cut the Panthers’ lead to one with just over two minutes left in the game. 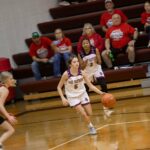 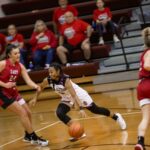 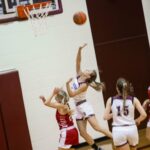 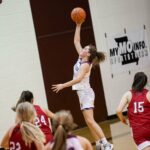 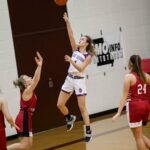 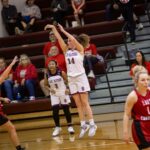 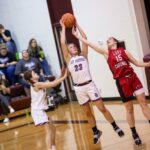 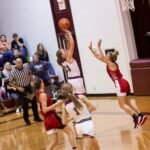 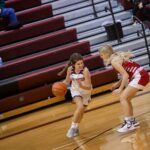 Then, South Iron inbounded the ball and broke the Cardinals’ press. The ball found its way into the hands of Enzley Dinkins at mid-court. She took a few dribbles and tossed a pass to a wide-open Allecia Cornell on the wing. Cornell spotted up a drained a three that caused the Panthers’ crowd to erupt and extended their lead to four. South Iron immediately got a stop on the defensive end and worked back into their offense. By this time, Madison Ayers threw a pass over a Cardinal defender to Anna Parker who immediately darted into the lane. The defense collapsed on her and she zipped a pass to a wide-open Panther on the wing. That Panther was none other than Cornell who nailed yet another crunch time shot from three-point land that put the Panthers ahead 53-46. Chadwick immediately called a timeout. South Iron sealed up the 54-46 win and advanced to the State Quarterfinals.

“We stuck together as a team and just tried to find the best shots we could find,” Megan Lashley said. “I think our team’s effort against Chadwick was very good and I’m happy we were able to pull through and get another win together.”

Cornell led the team with 17 points. She also had three assists and three steals. Ayers was just behind with 13 points and five steals. Parker had nine points while Drew Gayle and Dinkins each had six. Dinkins also led the team with nine rebounds.

“In games like this one, the potential for emotions to get high is always there and that I believe was the key for us pulling out another win,” Graves said. “Our girls did a great job of keeping those emotions at bay and kept their focus on the task at hand. That was even more impressive given our lack of upperclassmen.”

Lashley is a junior and is the oldest player on the team. This young group of Lady Panthers continues to do whatever it takes to get the job done. Their main focus for the next round is simple… stick to the plan.

“We’ve gotta focus on everything we’ve always done and keep up the hard work,” Parker said.

The Panthers are 20-4 and live to see another day. They take on Delta in the State Quarterfinals on Saturday, March 6th at 6 p.m.