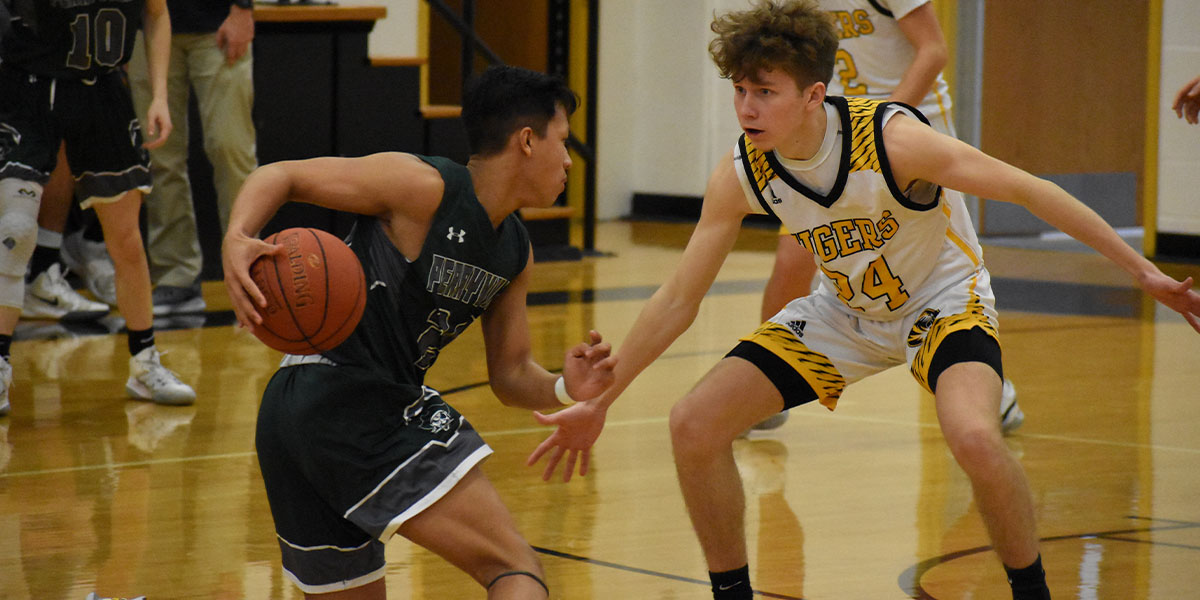 The Festus Tigers Boys Varsity Ballers end their regular season with a blowout win over the Bayless Bronchos. Festus is set to run up against Farmington in the semi-finals of their District Tournament.

The Festus Tigers Boys Varsity Basketball squad capped off their regular season with a 72-41 win over the Bayless Bronchos on Friday.

Festus came into this game red hot and on a five-game winning streak. Bayless stood in the Tigers’ way of ending the season with all the momentum they would need heading into the District Tournament.

Festus came ready to play, despite a bit of a slow start. Arhmad Branch and Desmond Davis both got themselves going in the first quarter with four points each. JD McDowell and Collin Reando each had a basket in the first as well, helping Festus to 12 total points. Bayless held a slight edge though, and scored 14 of their own by the end of the first.

The Tigers stuck with their gameplan in the second, which didn’t hurt, but didn’t exactly help either. Branch drained six more points in the quarter, and Reando tacked on three, but Festus couldn’t cut into the Bronchos lead. Each side scored 15 in the second, and Bayless held the slight edge at halftime.

Festus made some adjustments in the locker room and came into the second half locked in defensively. The Tigers suffocated the Bronchos and only allowed them to score five points throughout the third quarter. Festus also blew up for their best quarter offensively. Collin Weinhaus came alive and caught fire from beyond the arc. He hit five shots from three-point land that helped the Tigers to 24 points in the third. Festus led 51-34 heading into the final frame.

The second-half theme stayed true for the Tigers in the fourth quarter. They continued to score the ball at will and held Bayless’ offense hostage in the process. Festus outscored the Bronchos 21-7 in the fourth and secured the 72-41 victory that bumped their record to 19-5.

Weinhaus led the way for the Tigers with 15 points. Branch was just behind with 14 of his own. Twelve different Tigers put the ball in the basket throughout the game. This win was a full team effort that can be credited to a convincing second-half turnaround.

“It’s nice to have some momentum,” Reando said. “Obviously it shows that we have been playing good basketball and that is always a positive. We now just need to take each game one by one and focus on doing whatever it takes to win.”

Festus has now officially entered into one and done territory. Their 19-5 record is the best for a Festus Varsity Basketball squad in recent years, and it awarded them a three seed in their District Tournament. The Tigers take on Farmington in the semi-finals on Tuesday, March 2nd.

They win and they move on. They lose, and they go home.