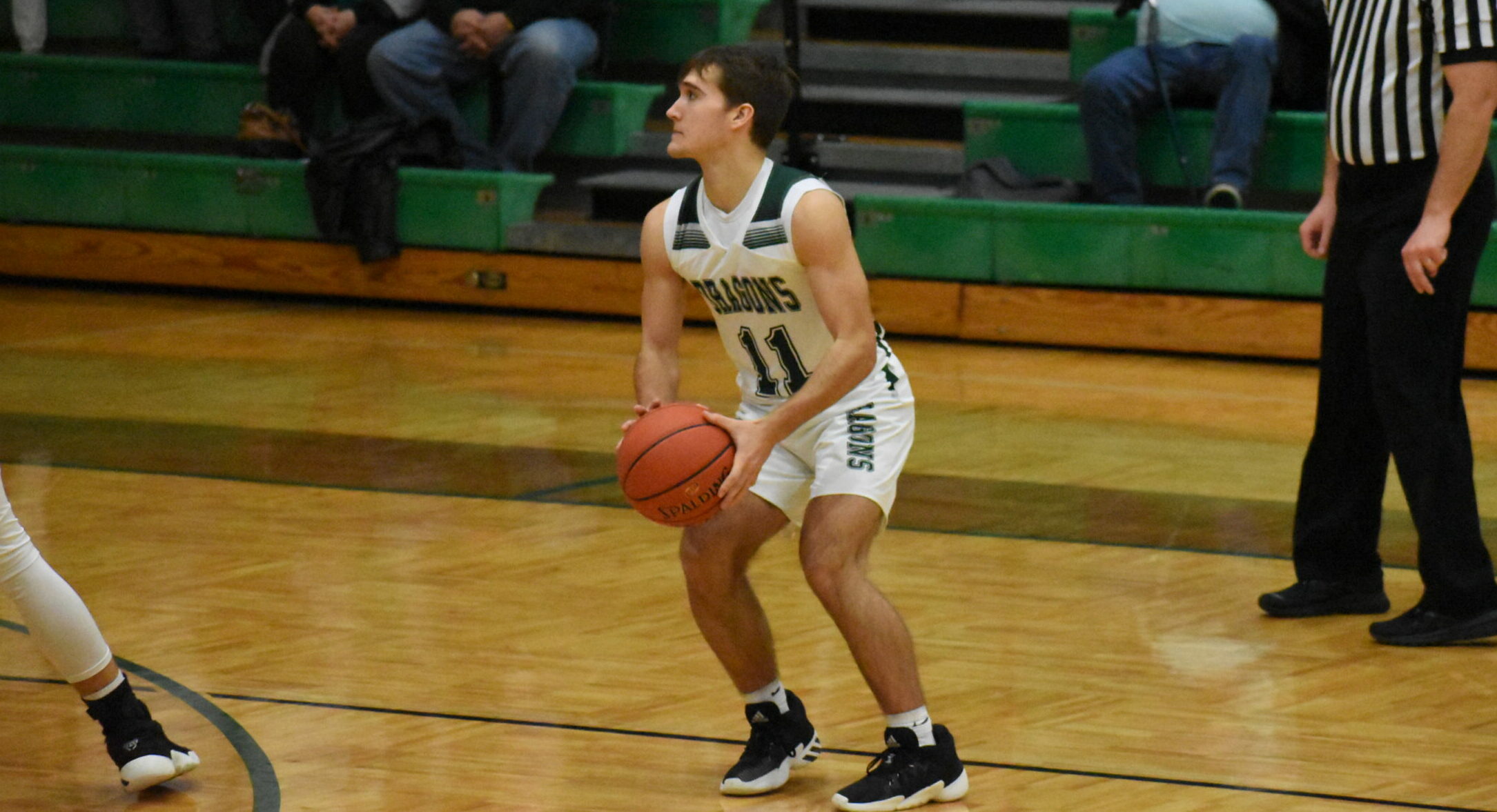 The Ste. Gen Dragons Boys Varsity Basketball team suffer a tough 69-43 loss to the Notre Dame Cape Bulldogs. Despite a tough loss they will have to rebound.

The Ste. Genevieve Dragons Boys Varsity Basketball team held their own against the Bulldogs of Notre Dame (Cape Girardeau) on Monday, but ultimately fell 69-43 in a gutsy matchup to the number two ranked team in Class 5.

Things couldn’t have started better for the Dragons as they dropped a 21-spot on the Bulldogs in the first quarter. Thanks to three field goals from Landon Rose, and a pair of threes from Logan Trollinger, they enjoyed the luxury of a 21-18 lead.

Head Coach Rob Coleman, had this to say about his team’s hot start, “Our guys did a great job of coming out of the gate. I thought we played with some pretty good toughness and energy.”

The tide turned quickly however, as the Bulldogs threw up 29 points in the second quarter and took a commanding lead. The Dragons only managed 10 of their own and found themselves suddenly trailing 47-31 at the half.

Anthony Nash had this to say about his team’s performance, “We need to play better all four quarters we had a really bad second quarter and that’s what killed the game.”

Coach Coleman was blunt in his description of how the boys fared in the first half, saying, “We struggled in the second quarter to stop their inside game partially because our big Rudy Flieg picked up two early fouls. On the offensive end, we had way too many turnovers and didn’t shoot the ball very well.”

The halftime speech didn’t do the trick as the Dragons managed just four points. Defense was key in this quarter though. The Bulldogs mustered just seven points of their own, but it was enough to extend their lead and put Ste. Gen in a seemingly impossible spot, now trailing 54-35

Chaytin Lea commented on how the Dragons fared, saying, “We started off hot in the first quarter and made shots… and then our defense got lazy. When we got back to playing our style of defense again it was too late. If we would have played our defense 100% of the time the game would have went our way.”

The final quarter didn’t do Ste. Gen any favors either as they were outscored 15-8 and ultimately fell 69-43., despite two three-pointers from Blake Morganthaler. Certainly not the result they were looking for but Coach Coleman had some encouraging words. “I feel like our guys took a big step forward to getting back to where we were a few weeks ago. We hadn’t had much practice time in the last three weeks and hadn’t played since Feb. 2nd until the game on Friday against South Iron. This game against Notre Dame, was much better than that one against South Iron. I just hope our guys keeping working hard and improving to get back where we need to be.”

Well said, Coach. As far as the scoring detail, Rose led the way with 12 total points, while Ricky Hunter had seven. Morganthaler and Trollinger each had six.

This wasn’t the result the Dragons were looking for, but they are a resilient bunch and will pick up the pieces.