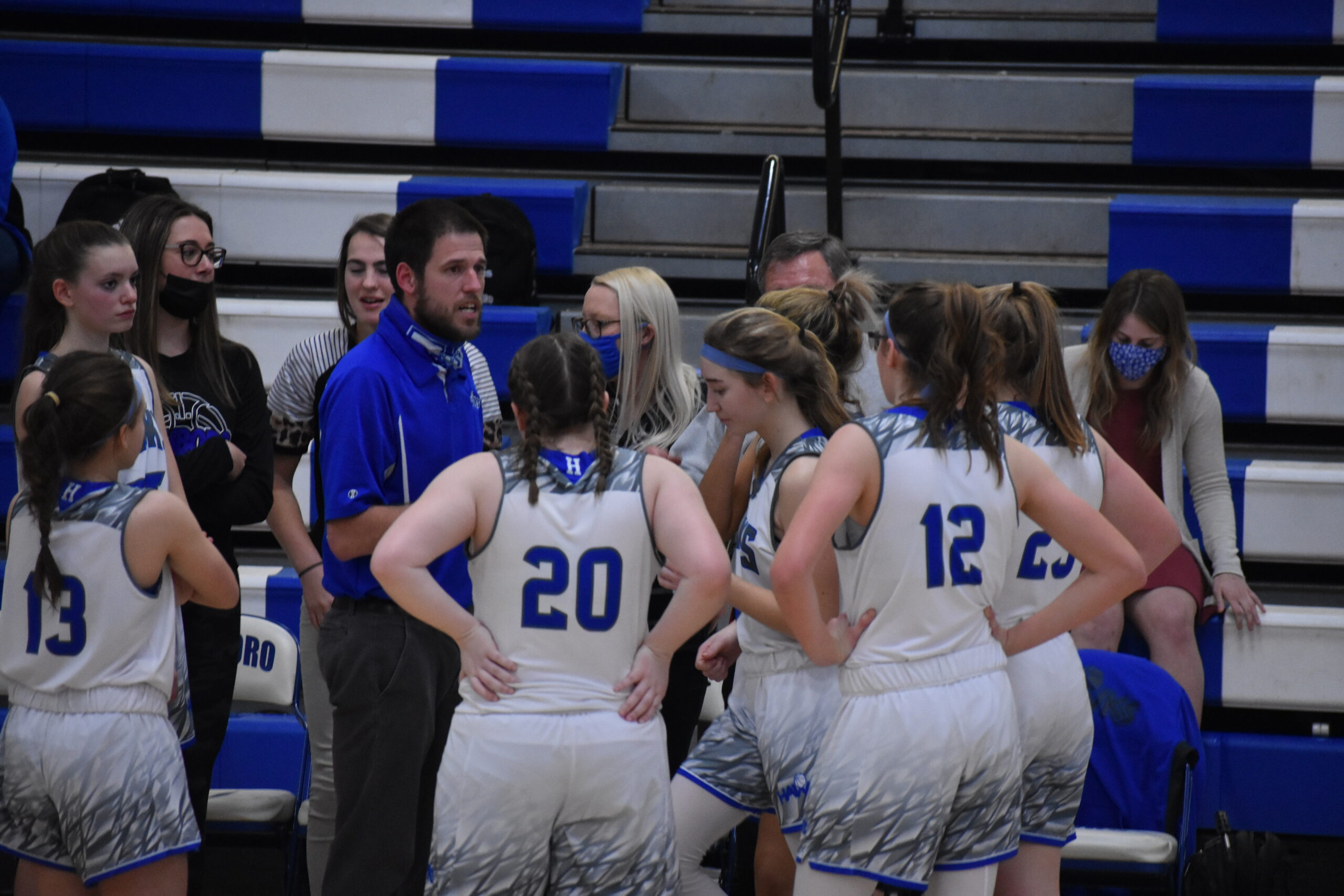 The Hillsboro Hawks Girls Varsity Basketball team shine in a matchup with De Soto, as they down the Dragons 59-44. They now have one more regular season game before Districts.

In the latest rematch against the De Soto Dragons, the Hillsboro Hawks Girls Varsity Basketball team walked away with a 59-44 win, giving them to 2-2 record against De Soto. The Hawks saw an even night of scoring and their characteristically strong defense helped contribute to a sound victory.

The Hawks showed up ready to hustle and even the score against the Dragons. De Soto started with a press that posed no issue for the Hawks as they ran through it with ease. On offense, the Hawks pushed the pace to get the ball down the court, but also demonstrated patience when passing. The defense played strong, forcing De Soto to throw passes away or take lucky outside shots, and the Hawks went into the second quarter with a 14-12 lead. 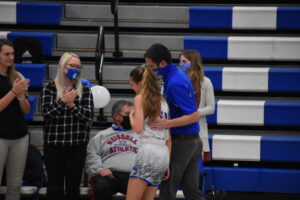 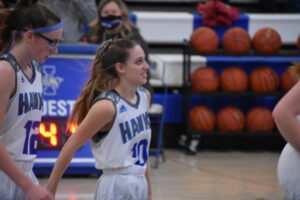 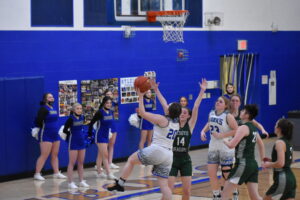 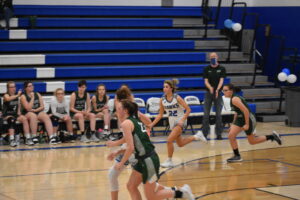 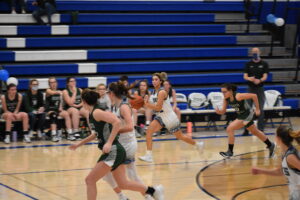 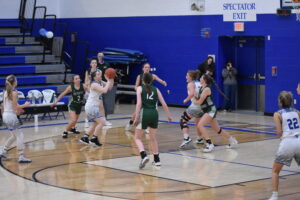 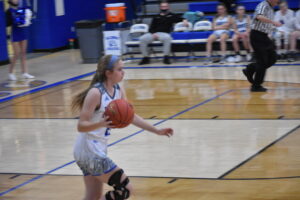 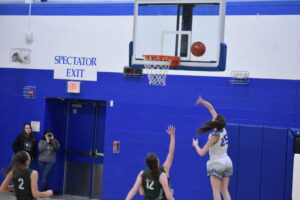 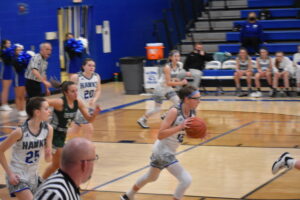 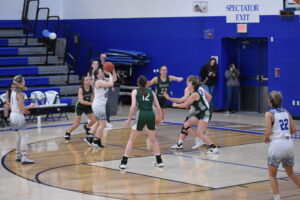 The second quarter followed in much the same fashion as the first, and the Hawks extended their lead even further. Breakdowns in De Soto’s press and defense let Hillsboro find the gaps and score some easy baskets. As for the Hawks’ defense, they went to work, holding the Dragons to just seven points. At halftime the Hawks found themselves up 33-19.

“I think we all communicated well with each other on certain plays,” Maya LaPlante said. “Really we took our time, relaxed and just played basketball with everything we all had.”

Coming back from halftime, neither team was willing to back down. De Soto upped the pressure on defense, momentarily causing issues for the Hawks, but they eventually took advantage of the Dragons overplaying them to drive around to the basket. De Soto also made some necessary adjustments, finding openings to sink shots. The final quarter arrived with the Hawks holding a 41-33 lead.

The Hawks powered through all the way to the end, not letting up for a second. The defense stayed strong, reading where the Dragons were planning to throw passes. They continually made adjustments, and earned a couple steals in the process. On offense, swinging the ball created plenty of opportunities for the Hawks to sink shots, cementing their lead, and eventually the win. In a touching gesture for senior Payton Bingman, who had been out for the season due to health issues, both teams stood back to let her score in the last minute of the game.

“For me it was an emotional roller coaster, I didn’t think I would get a chance to shoot let alone score but when Coach Hubbard told me that Coach Rauls was letting me stand at the block and shoot I almost lost it right there,” Bingman said. “I’m so thankful that they let me do that and I’m so happy for all the girls on their hard work and coming out with the win.”

With a final score of 59-44, the Hawks saw a strong night of scoring. Leading the way was Zoe Wood with 12, followed by LaPlante and Kayla VanHorn with nine. Kaylee Hilton and Dyllan Day each had eight and Sara Stokes notched six of her own. The scoring was wrapped up by Hailey Genge with four, Payton Bingman with two, and Bailey Scallet with one.

The Hawks now prepare for their final game of the regular season against Perryville at home. Tip-off is at 7:00 p.m. 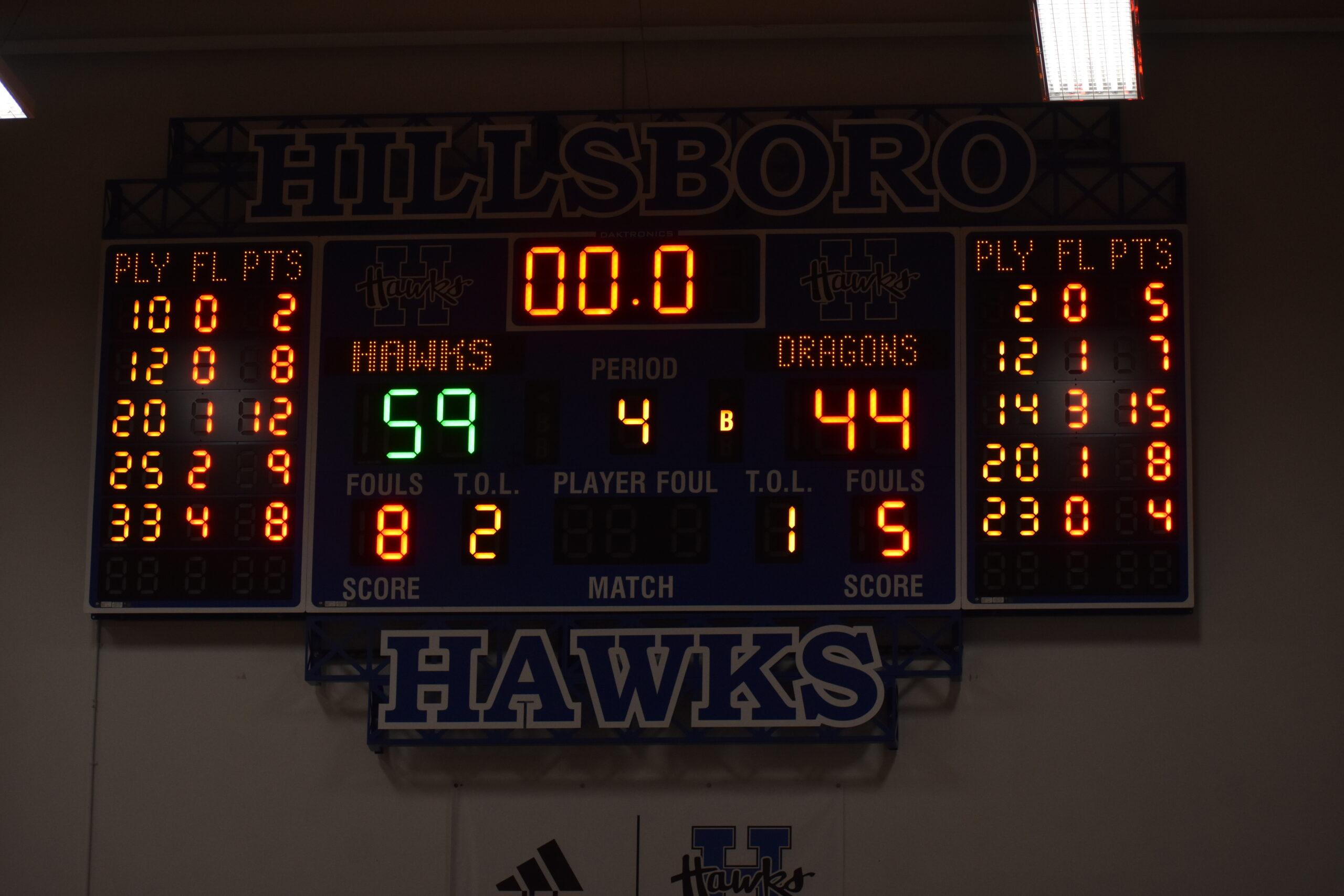