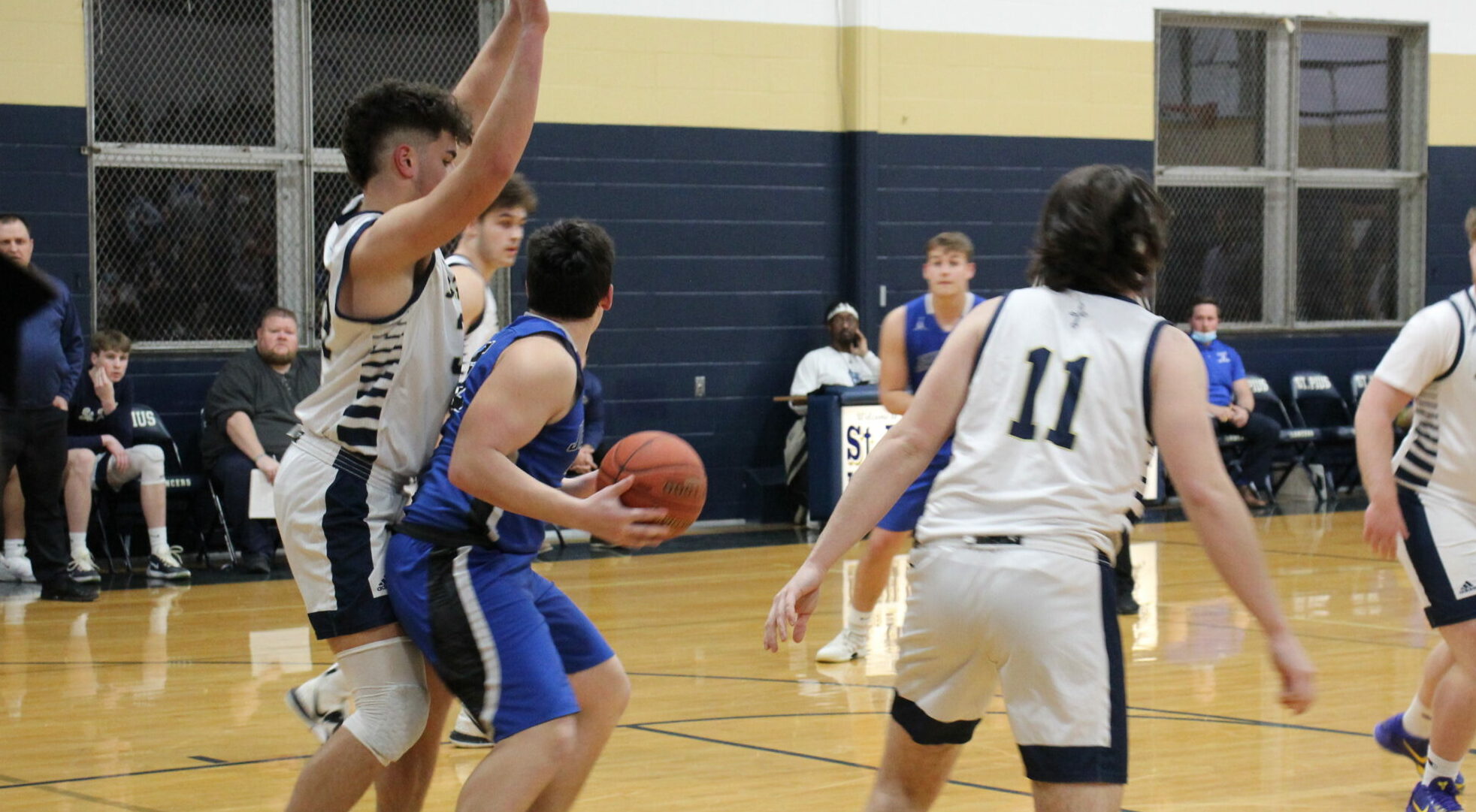 The Blue Jays battle with St. Pius, but an explosive third quarter by the Lancers is the difference maker. Jefferson falls 65-55 in a highly contested matchup, despite 30 points from stalwart Colby Ott.

After what seemed like a long week off because of snow, the Jefferson R-7 Blue Jays Boys Varsity Basketball team took the two-mile trek up to St. Pius. As a result of the weather delay, both teams came into the game well rested and ready to play. It was a back and fourth contest throughout the first half, but the third quarter was the defining point that put the game out of reach for Jefferson. After the final buzzer, they fell 65-55 to the Lancers.

In the first quarter the teams exchanged buckets, but it was the Lancers who came away with a four-point lead going into the second. In quarter number two, the Blue Jays were able to go on a small run to bring the deficit to just one point heading into halftime. Colby Ott led the way for the Blue Jays with nine points in the half. 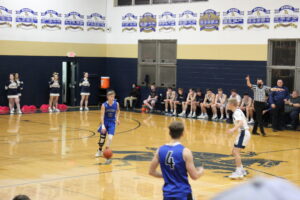 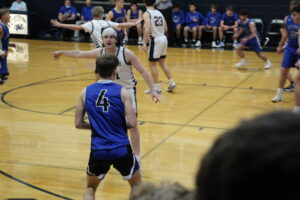 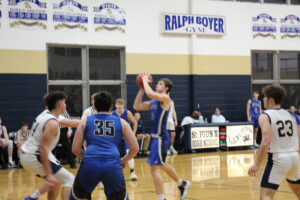 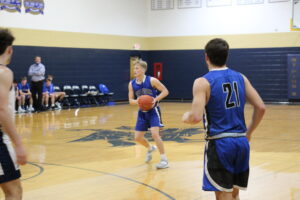 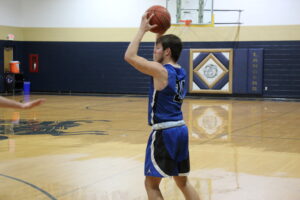 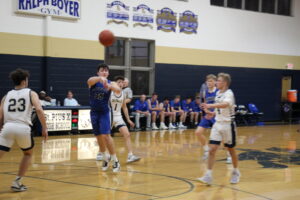 In the third quarter, the Lancers pulled away by scoring 21 points to the Blue Jays’ six. Ott tried to bring his team back into the game by scoring 17 of his 30 points in the fourth quarter, but it was not enough. The Lancers were able to convert 18 of 24 points from the charity stripe, and small-balled the Jays to death, leading to the 65-55 defeat.

After the game, Ott mentioned, “We needed to be able to play stronger defense in the third quarter in order for us to come away with a win.”

It was very intense in all four frames, as both teams were issued two technical fouls in the second and fourth quarters. Will Wieland received both technical fouls for the Lancers and was kicked out of the game in the fourth quarter. As a result, Wieland will not be able to play for the Lancers in their next game. Drew Breeze and Daylen Whitener were the players for the Blue Jays who received technicals.

As long as weather permits, The Jefferson R-7 Blue Jays will be on the road for their final two games before Districts next weekend. The first game will be Monday at Valle Catholic at 7 pm, with the second game on Tuesday at St. Paul Lutheran at 7 pm.