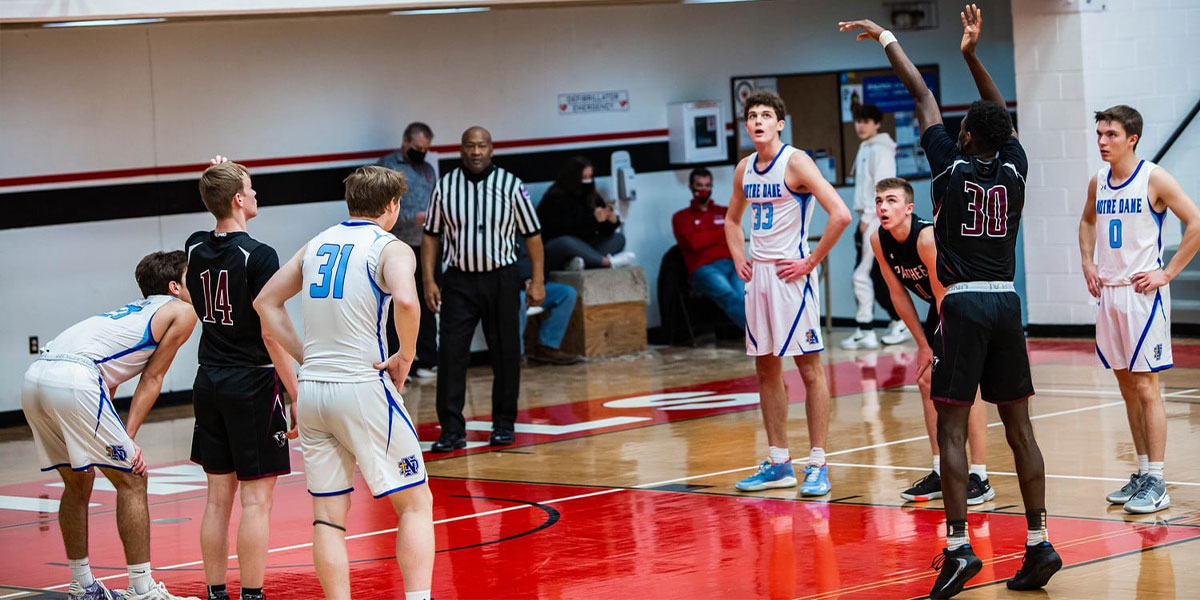 The South Iron Panthers Boys Varsity Basketball team lose their fourth game of the season, 66-64, in the final seconds to the Cape Notre Dame Bulldogs. Their record now at 18-4, the Panthers have Neelyville and Ste. Genevieve left on their schedule before the start of the district tournament.

The Cape Notre Dame Bulldogs hit a game-winning three in the final seconds Saturday against South Iron, and handed the Panthers their fourth loss of the season 66-64.

This was a spur of the moment neutral site matchup that was only scheduled because of the obstacles put up by the weather and COVID. The Panthers hadn’t played in nine days, and scheduled the game the night before it happened.

South Iron started this game out on the right foot. They came out of the gate and pushed the pace as they always do. They won the first quarter 17-11 and took the lead into the second. However, Notre Dame showed their ability to play disciplined and knock down shots from beyond the arc. They straightened out their offense and had a better showing in the second, rendering the Panthers unable to build their lead before halftime. South Iron led 35-26 at the break.

The game stayed tight in the second half. South Iron did what they could to protect their lead, but the Bulldogs weren’t backing down. Brock Wakefield left the game briefly in the third quarter with an injury, while the rest of the Panthers did their best to stay the course. South Iron outscored Notre Dame 16-15 in the third and went into the final eight minutes ahead by seven.

Then Notre Dame cranked things up with their backs against the wall in the fourth. The Bulldogs did everything they could to make things difficult for the Panthers. They continued to hit big shots from beyond the arc and forced South Iron to make clutch free-throws down the stretch. 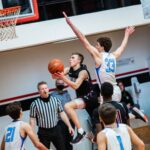 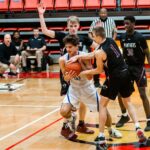 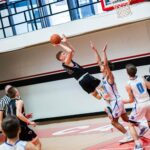 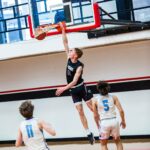 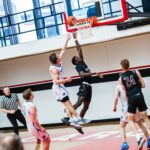 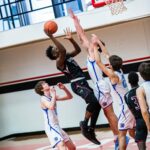 After returning to the game, Wakefield was fouled and sent to the free-throw line for a one-and-one chance with just seconds on the clock. The Panthers were up by one and both free throws would’ve put Notre Dame in a tough spot. Wakefield missed the first free-throw and in the blink of an eye, the Bulldogs rebounded the ball and pushed it to the other end of the floor. They found the open man spotted up at the three-point line while the Panthers were still getting back in transition. The Bulldogs hit the biggest shot of the game from beyond the arc and gave themselves the lead with two seconds on the clock.

Panther fans sat stunned in the stands while the Bulldogs celebrated on the court. South Iron took a timeout and had one chance to pass the ball the length of the court and attempt to get a good look at the basket before the buzzer sounded. But in a terrible turn of events, Notre Dame stole the inbound pass and sent the Panthers home in shock. South Iron’s nine-game winning streak was put to rest as Notre Dame won 66-64.

“We had too many defensive breakdowns late in the game and we could’ve gotten better looks offensively throughout the game,” Jermarco Burse said. “If we got to some of the 50/50 balls and eliminate the second-chance points they got, we would have been in a better spot as well.”

Despite the loss, the Panthers needed the time on the court together. Scheduling difficulties have spaced their games apart and, as the season winds down, they are going to want to find a rhythm for the district tournament. Losses are few and far between with this squad and one can expect them to bounce back just as we’ve seen them do before. The next challenge for South Iron is Neelyville on Tuesday, Feb. 16th.