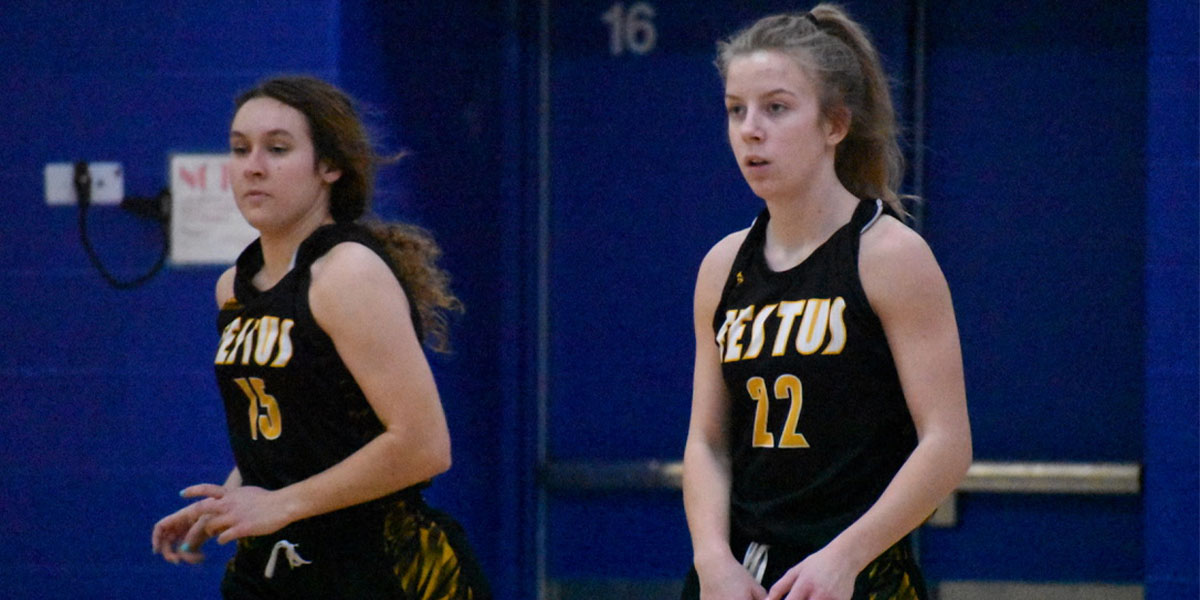 Festus Rolls Past Fox, Improves to 7-6

The Festus Tigers Girls Varsity Basketball team run through the Fox Warriors 52-32 on Monday. The Tigers have won six of their last seven games after starting the season 1-5. and now stand at 7-6 on the year.

The Festus Tigers Girls’ Varsity Basketball squad cruised past the Fox Warriors 52-32 on Monday. Festus has won their last five matchups with the Warriors dating back to 2017.

The game started fast and both teams found ways to effectively score the ball early. The first was the highest-scoring quarter of the day for both sides. Festus was able to grab the edge 18-16 and held a slight lead at the start of the second.

The Tigers continued to score the ball well, but focused up defensively. Their pressure ramped up, and Fox’s scoring almost came to a complete stop. Festus outscored the Warriors 15-2 in the quarter and took a 33-18 lead into halftime.

Fox made some adjustments and came out with a much better third quarter. However, they were not able to cut into Festus’ lead. Each team scored 11 in the third, and Festus still held a nice lead heading into the final eight minutes. The Tigers then had another great quarter defensively and only allowed Fox to score three in the fourth. Festus sealed the 52-32 victory, pushing their record to 7-6 and over the .500 hump.

Emily Holt had arguably her best game of the season and led the team with 20 points. She also had six rebounds and three assists. Holt has been heating up and has scored ten points or more in her last four games.

“I started off the season rough on the offensive side of things. I wasn’t confident in my shot and was letting any missed shots get to my head,” Holt said. “I started working more and more in practice on shots I take in games and gaining that muscle memory of those shots. After a couple of games, my shots just started falling and I have been improving each game.”

Lily Knickman was second on the team with 14 points. She shot 6-8 from the floor and had five rebounds. Josie Allen had seven points, seven assists, five rebounds and four steals. Mya Courtois put together six points and four rebounds, while Samantha Helbrueck scored five points.

“We moved the ball really well,” Courtois said. “Our Post definitely showed up and made almost everything they put up.”

The Tigers have won six of their last seven games after starting the season 1-5 and finally won the battle to push their record over the .500 mark for the first time since being 1-0. Something has clicked with these Tigers over the past month, and they continue to grind out wins.

Festus’ next challenge is against Hillsboro on Thursday, Feb. 4th.

Festus Rolls Past Fox, Improves to 7-6