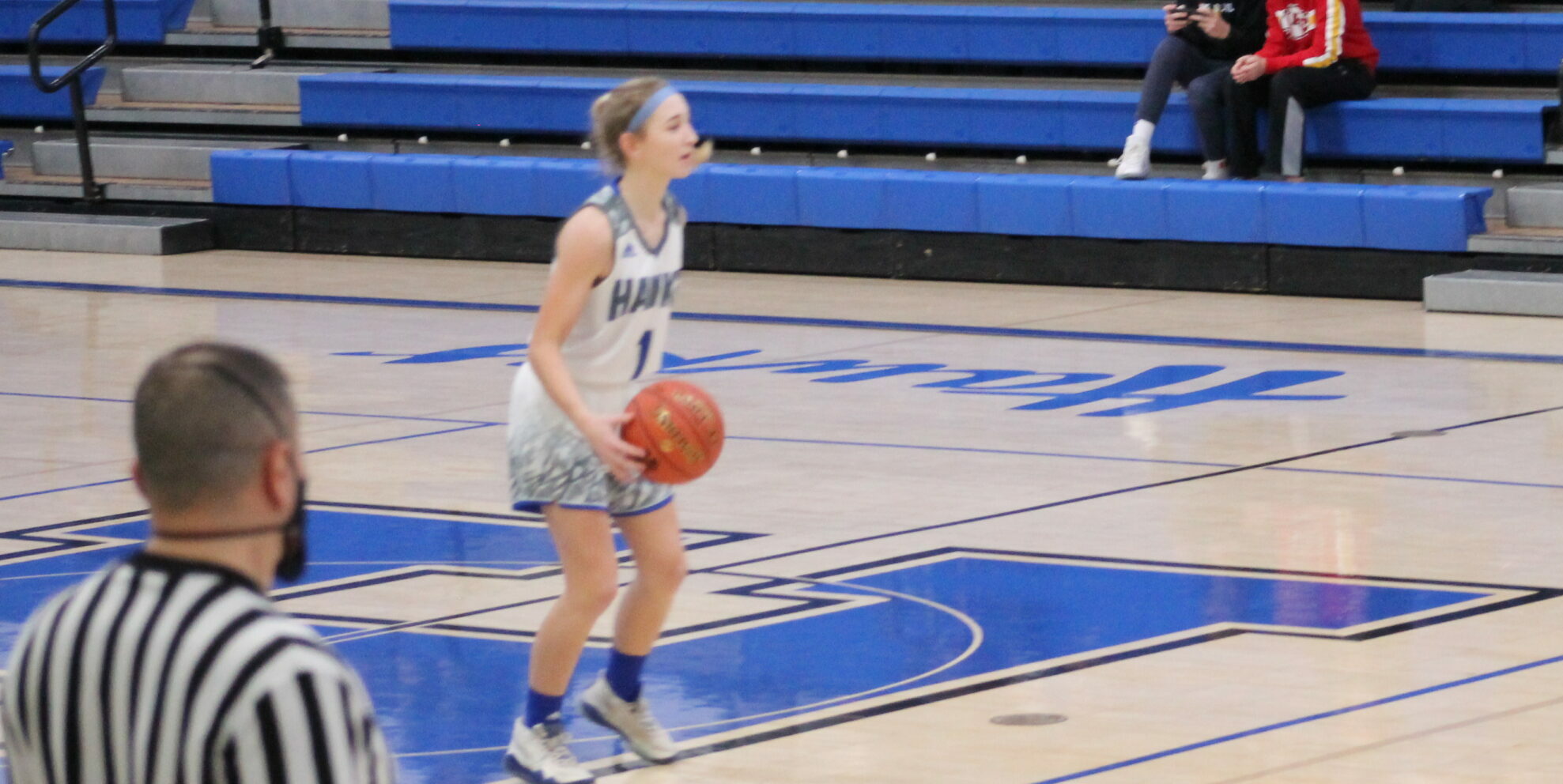 The Hillsboro Hawks Girls Varsity Basketball team suffered a tough 43-38 loss to De Soto, but showed droves of fight and resilience as they hung in until the end.

The last time the Lady Hawks of Hillsboro played De Soto, they pulled off a spectacular comeback against the Dragons, but they couldn’t manage to do so again Thursday night.

A rough first quarter for the Hawks would set the tone for the game. Hillsboro started off with a press, but couldn’t stop the Dragons from breaking it and scoring some easy baskets in the process. That inability also appeared in other areas of the defense, as the Hawks struggled to stop shots both inside and outside the paint.

Then the offense continued to be plagued by the same issues as earlier in the week, with bad passes turning into easy layups for the Dragons. The Hawks ended the first quarter down 17-4.

“I think our biggest issues in the first quarter on offense were we didn’t move the ball or make good passes,” Kaylee Hilton said. “We didn’t start the game with the intensity we needed. As the game went on we picked it up and made it a closer game.”

The second quarter went marginally better for Hillsboro. A lack of rebounding and not having shots fall still hurt the Hawks, but they were able to put up seven points to De Soto’s five, shrinking the Dragons’ lead to 22-11 heading into halftime.

The Hawks went into the third quarter determined not to have a repeat of the first half. The defense the Hawks are known for came out in full force, with their press finally getting them the turnovers they had been looking for. The offense also found its spark as Hillsboro outscored the Dragons 13-8, promising another close game as they went into the final quarter down 30-24.

“We just went back to the basics of defense and stopped trying to do so much at one time,” Hailey Genge said.

The fourth quarter saw the Hawks battle it out to the end, much like in their past couple of games, but a breakdown in the defense let De Soto go on a run, posting an additional nine points. The Hawks, however, would answer with their own six-point run, scoring off of quick passes and steals when pressing.

True to form, the Hawks kept the game within reach when Hilton scored a bucket, and then another off of a steal, putting the game at 39-33 with a minute to go.

Unfortunately for the Hawks, last minute fouls sent the Dragons to the line, allowing them to add four more points. The Hawks tried to answer with two more buckets and a free throw, but didn’t get the chance to add anymore before the buzzer signaled a 43-38 loss.

Hillsboro’s high scorers for the night were Kayla VanHorn and Hilton with nine, Bailey Scallet, Zoe Wood and Dylan Day with six, and Sara Stokes with two.

The Hawks now prepare for their own invitational, with the first match up against the Herculaneum Black Cats on January 26th. Tip-off is at 5:30 p.m.