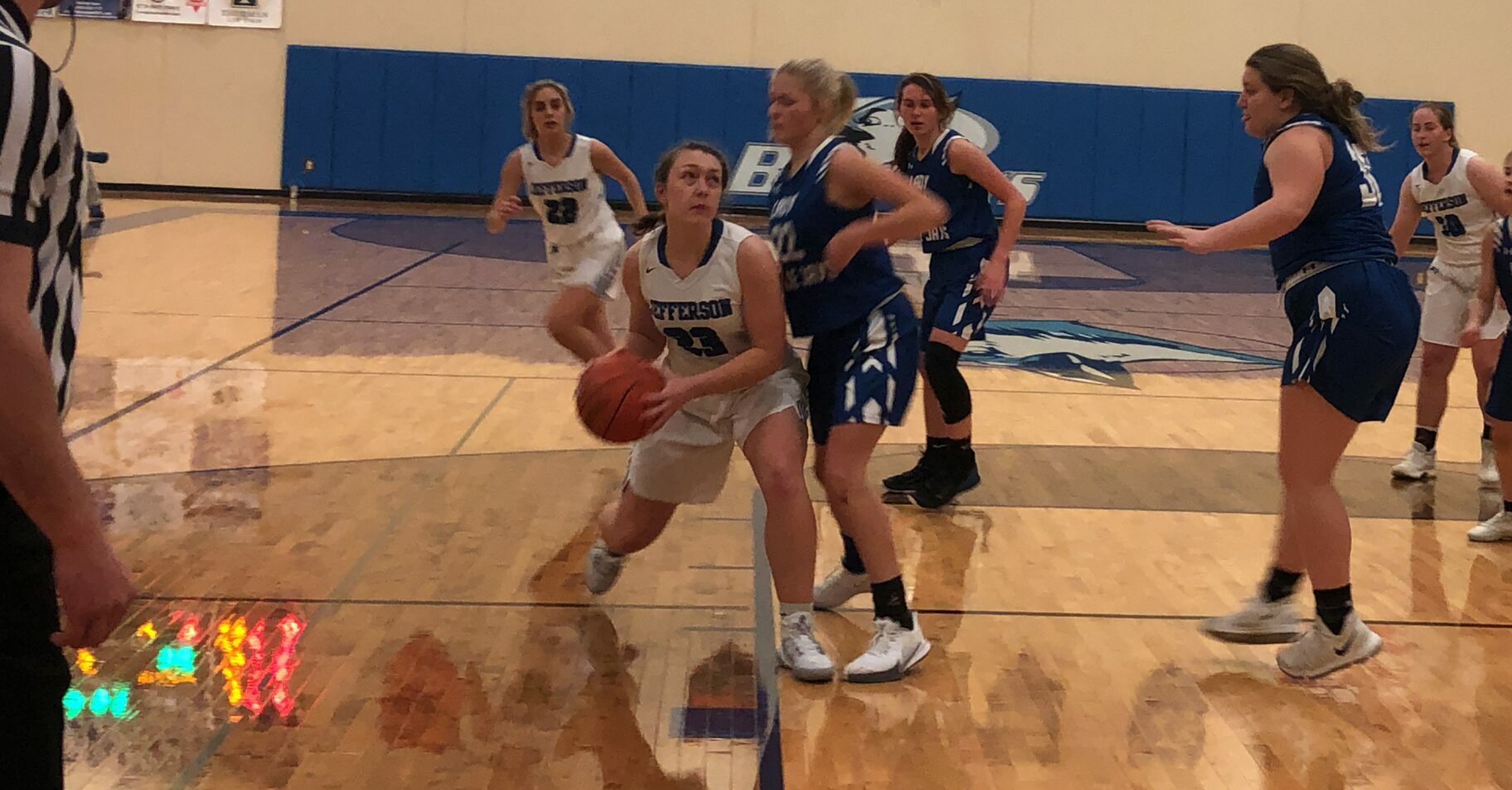 Jefferson R7 Lady Jays basketball had an outstanding start to the week, stopping the skid and winning back to back games against Hillsboro and Windsor, 43-36 and 48-36 respectively.

Jefferson R7 Lady Jays basketball had an outstanding start to the week, stopping the skid and winning back to back games against Hillsboro and Windsor, 43-36 and 48-36 respectively.

Monday, Jan. 18, began with a bang as the Lady Jays took down the Hillsboro Hawks, but it was not easy. They started strong, outpacing the Hawks 11-9 but fell behind before half, 15-19.

The Lady Jays bounced back in the second half holding the Hawks to 17 points and draining 28 of their own. Laney Smith led the scoring with 14 points and Coach Zac McVey recognized her leadership, saying. “It was a total team effort… Smith did a great job running the offense. Catryn Cattoor picked off several passes that led to the second half surge. Morgan Fuller has had back to back offensive gems.”

Fuller drained a trio of three-pointers and totaled 11 points on the evening. Cattoor had seven points and was three for four from the line. “I think my team did a great job of pressuring the ball tonight.” Cattoor said, “We were aggressive and caused some really timely turnovers.”

Reagan Kennedy was good for six points and said “I thought our team did well on pressing them to turn the ball over, we were able to get a lot of steals in our defense which helped us in the long run.”

Jefferson followed their win over Hillsboro snatching up another win over Windsor the next day, but in a much more dominant fashion against Windsor.  The Lady Jays drained 17 points while holding the Owls to a total of three in the first quarter. By halftime, Jefferson lead 29-11. “The girls played their best half of basketball this season in the first and second quarters.” Coach McVey said. “It was fun to watch them execute on both sides of the ball.”

Jefferson stumbled in the third quarter, being outscored 17-6, but were able to right the ship in the fourth, coming out 43-36. “Total team effort.” McVey said. “We got complacent in the third quarter, but executed during the fourth quarter to build the lead up back to double digits. The girls have been playing well the past two weeks. It’s nice to see them pick up a couple wins for their hard work”

The Lady Jays were led by an incredible performance by Smith, who put up 23 points with a trio of three-pointers. Cattoor had a double-double and was 100 percent from the line.

Kennedy had seven points and shared her coach’s feelings about the team effort. “We all seem to have a lot more energy than we did at the beginning of the season. We are also working well together as a team and are getting excited when a teammate makes a good shot and encouraging the rest of the team.”

The Lady Jays look to turn this pair of wins into a streak when they take on Herculaneum at home on Fri, Jan. 22 at 5:30pm