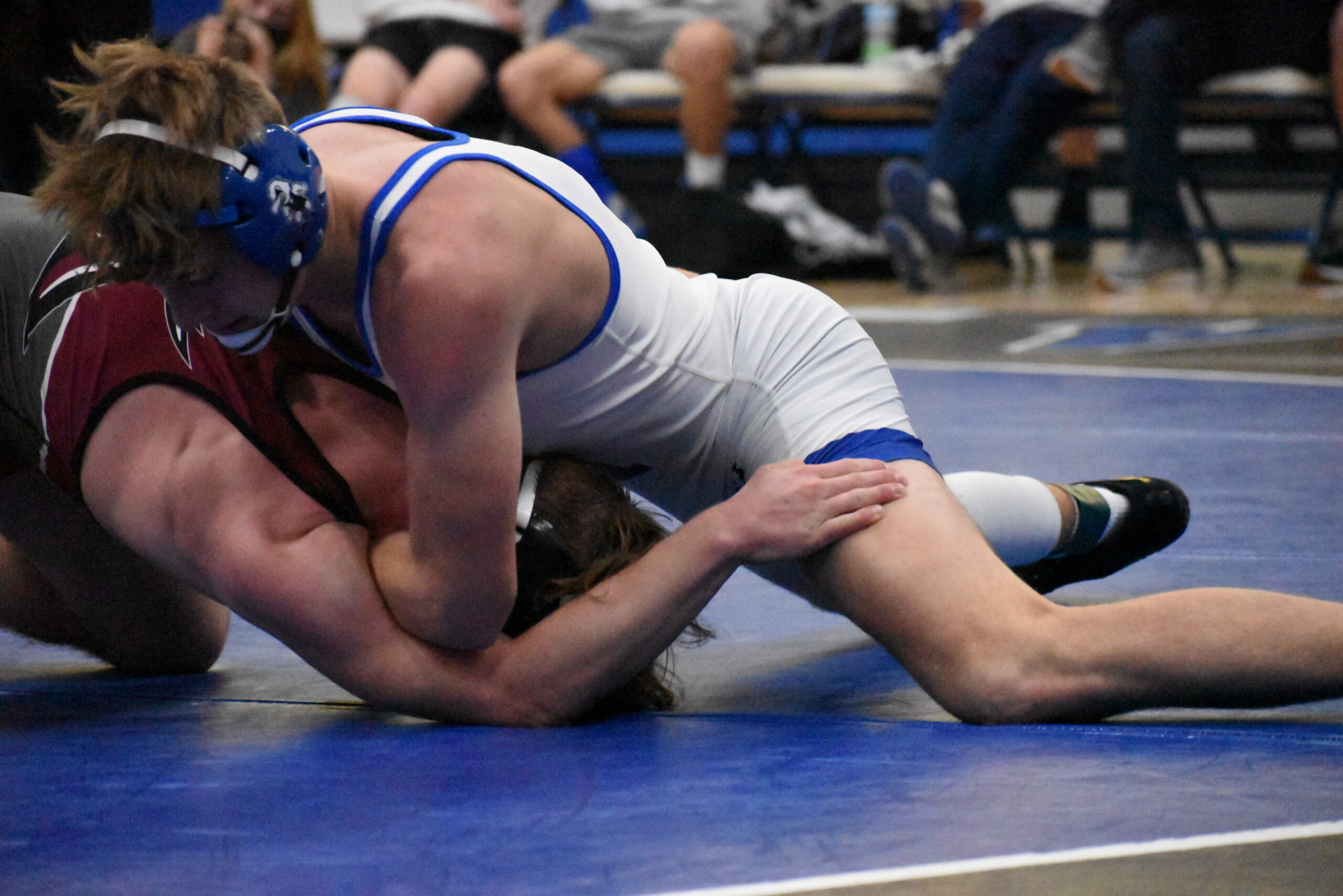 The Hillsboro Hawks Boys Varsity Wrestling squad stay hot by adding two more dual victories to their record, giving them a Conference title for the second year in a row. Festus and De Soto were the most recent victims.

On Tuesday, January 12, the Hillsboro Hawks Boys Varsity Wrestlers were successful in two more dual competitions, grappling with Festus and De Soto and putting their season record at 27-1. Winning those two duals officially made Hillsboro the Conference Champions for the second straight year.

Head Coach Matt Mitchell knows how important it is to defeat these two rivals and said, “The Festus and De Soto dual night is always a big one on our schedule. It’s definitely a rivalry each year with both teams and it’s important because those matches carry All-Conference and district seeding implications. We want to make sure the team is always ready to wrestle a district opponent.”

Mitchell went on to talk about how important it is to dominate inside the conference. He said, “These wins made us 4-0 in the conference and Conference Champions for the second year in a row. That’s always a goal as a team, to win conference. I’m glad the boys took care of business tonight.”

Mitchell commented on the work being done by Barnett, and mentioned, “He has really continued to impress us. Barnett continues to get better and better and has really developed an offense on his feet and from the mat. He worked hard this summer and I’m glad to see it paying off for him.”

Jarvis then commented on what his team needs to keep doing, and said, “It’s the same thing like always. We just keep practicing every single day like we are in the State Tournament.

There were also four exhibition matches, of which the Hawks won three. Colton Gronborg and Wyatt Yaeger won by pin, and Dawson Owens won by decision.

“We try to improve each day in practice. It’s always fun to compete but we work really hard at staying focused in the room at getting better. Right now we are still focused on some big matches and tournaments that we have coming up to finish the regular season. We are focused on those and getting better each chance we get,” said Mitchell.

Humble words from a coach that has already wrapped up the Conference Championship.  It’s truly impressive what these Hawks have been able to do in their very nearly undefeated season so far.

Those Hawks are back on the mats this Friday, 1/15 with duals against Grain Vally and Kearney.