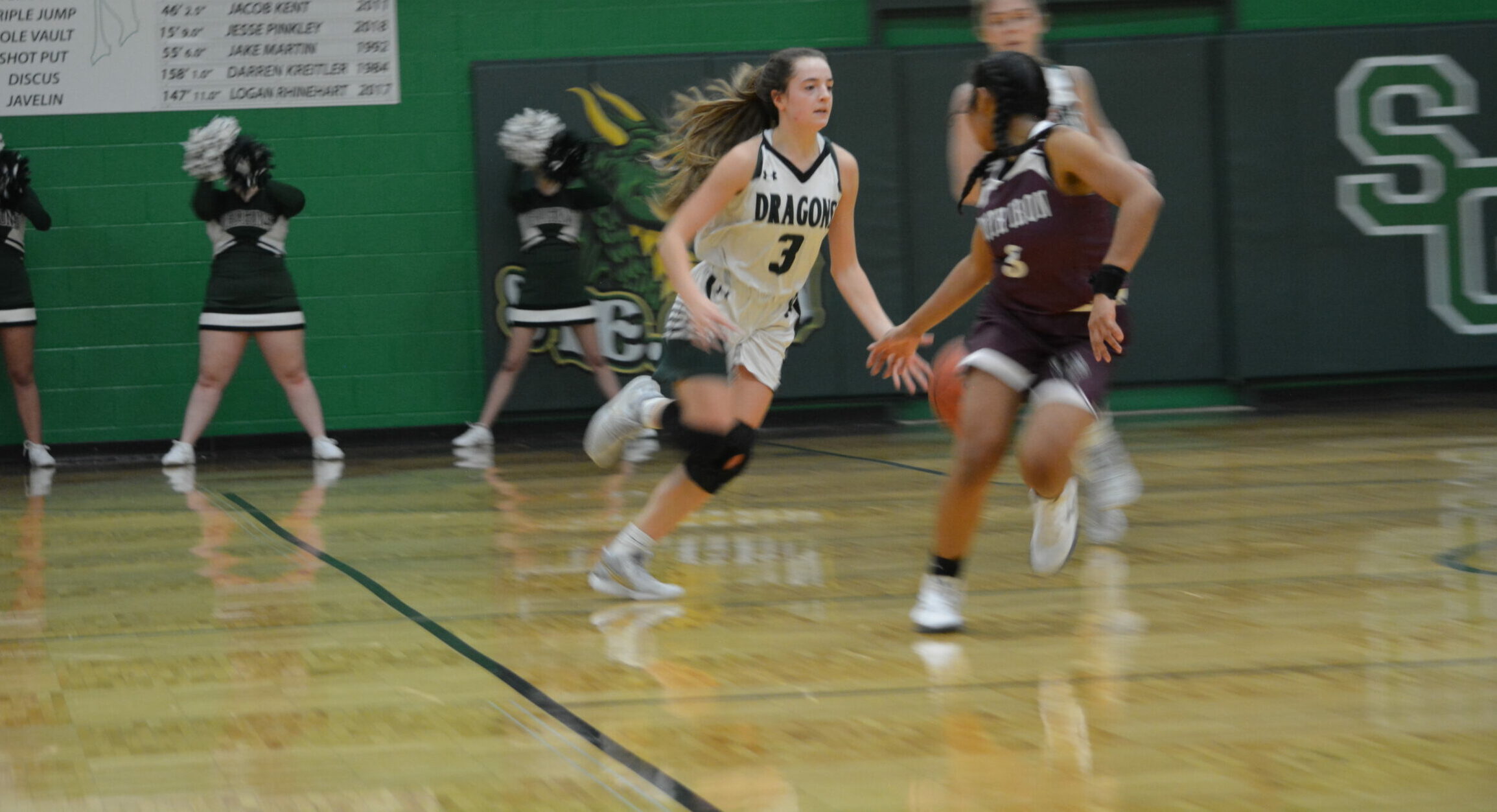 Lady Dragons Coast to Another Victory over South Iron, Moving to 7-4 on the Season

The Lady Dragons are 3-1 since the start of the New Year. With senior leadership taking charge, Ste. Gen is looking ripe for another post season run.

The Ste. Genevieve girl’s basketball team picked up a win over South Iron this week, getting the 66-55 win. The Lady Dragons have played South Iron

It all started in the first quarter when the Dragons gained an early 19-13 lead behind a combined 12 points from Maci Reynolds and Megan Aubuchon. Ste. Genevieve would extend their lead out to 36-23 heading into halftime. 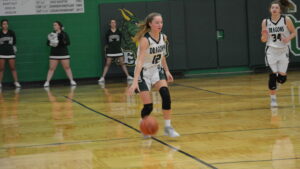 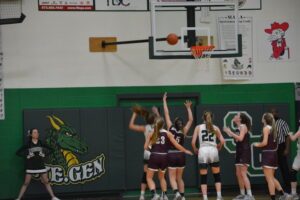 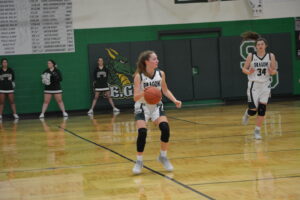 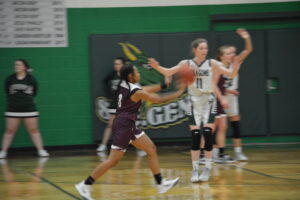 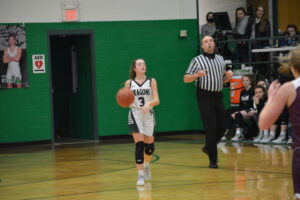 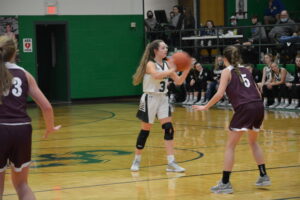 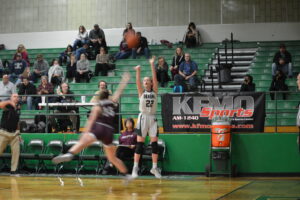 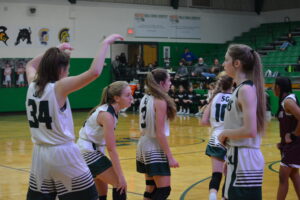 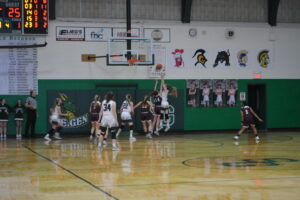 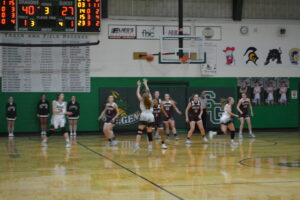 The Dragons defense continued to hold South Iron’s offense pretty silent while their offense continued to shine; Megan Aubuchon, who scored six of her game-high 20 points in the third quarter, and Sydney Bumgardner led the charge for Ste. Genevieve, offensively, in the third to push their lead out to 18 heading into the final minutes of the game.

While Ste. Genevieve would get up by as much as 20, South Iron made a run for their lead.

“We were up 20 mid fourth quarter and kind of hit the coast button,” said head coach Jordanna Walker. “They did not.  They were able to convert off a couple of steals and make some shots and cut the lead to 10 or so.  They’re a tough team with some really quick and talented guards.  Our girls played hard and physically last night.  Proud of them for that.”

South Iron’s Maddie Ayers scored 10 points in the fourth quarter to try and help them cut their deficit. While South Iron’s run got them within striking distance of Ste. Genevieve, the Dragons lead would prove enough and give them the 66-55 win.

Megan Aubuchon led all scorers with 20 points while Sydney Bumgardner added in 15 points. Maci Reynolds and Marysa Flieg both chipped in 12 points.

Lady Dragons Coast to Another Victory over South Iron, Moving to 7-4 on the Season