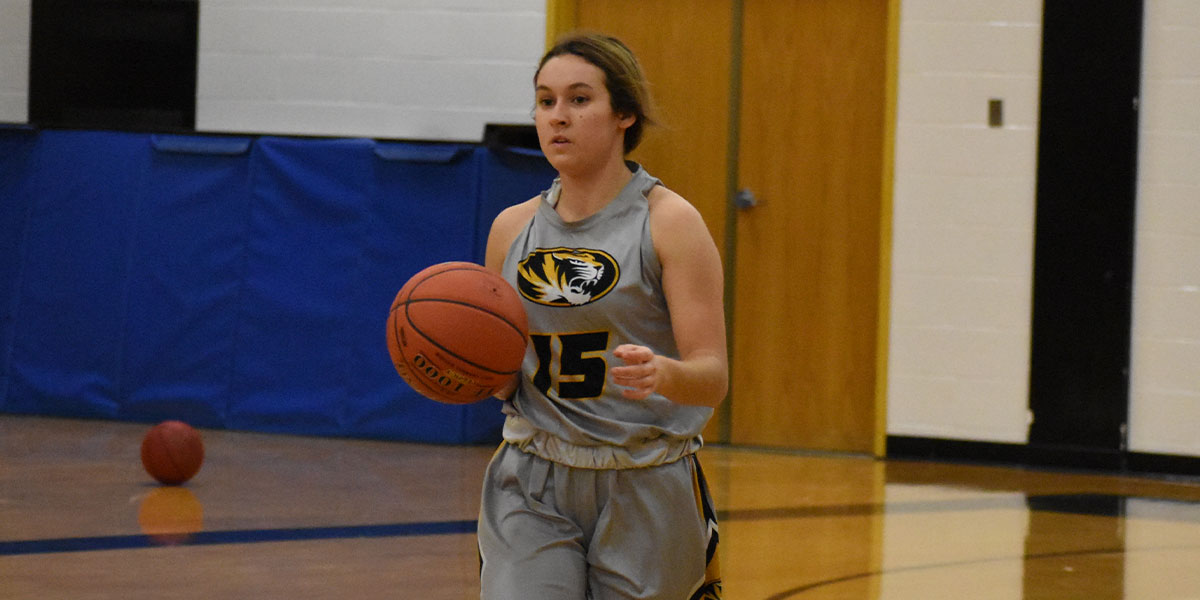 The Festus Tigers lost to the De Soto Dragons for their fifth loss in a row on Monday. The Tigers had previously won their last five matchups with the Dragons dating back to 2016.

The Festus Tigers dropped their fifth game in a row Monday against the De Soto Dragons.

This was the first game for the Tigers since Dec. 17. They were forced to drop out of the Park Hills Christmas tournament because of issues dealing with COVID. Festus had previously won their last five matchups with the Dragons dating back to 2016.

De Soto came out determined to send a message. Festus did not make a single shot from the floor in the quarter. The Dragons scored 11 and held the Tigers to just one free throw. It was 11-1 at the end of the first. Festus had more luck in the second. They were able to score nine,  but they also allowed the Dragons to score 13. Festus trailed 24-10 at the half.

“We could’ve come out playing harder in the first half, which most likely would’ve helped us stay in the game more,” Josie Allen said. “The hardest part of their game to deal with for us was their height.”

The Tigers made adjustments and settled in to begin the second half.

“In the first half defensively we came out in a zone and we couldn’t cover their shooters,” Mya Courtois said. “In the second half, we played good and played man.”

The defensive adjustment seemed to inject some life into the Tigers. They outdid their entire first-half performance with 17 points in the third quarter and cut the Dragons’ lead to single digits. De Soto did not go away. They scored 12 in the third and held a 36-27 lead going into the final quarter. De Soto kept the contest close and clung to their lead. Festus was unable to do any more damage. They scored seven points in the fourth and so did the Dragons. The Tigers lost 42-33.

“This game was definitely a tough loss for us. We all have the potential to play better than we did,” Holt said. “The first half we let them come out and outplay us. The second half was much better. Our shots were just not falling and we were not taking advantage of easy looks.”

The loss sinks the Tigers’ record to 1-5. They have not had much luck since their first game of the season. Festus looks to get back on track Thursday, Dec. 7 against Mehlville.