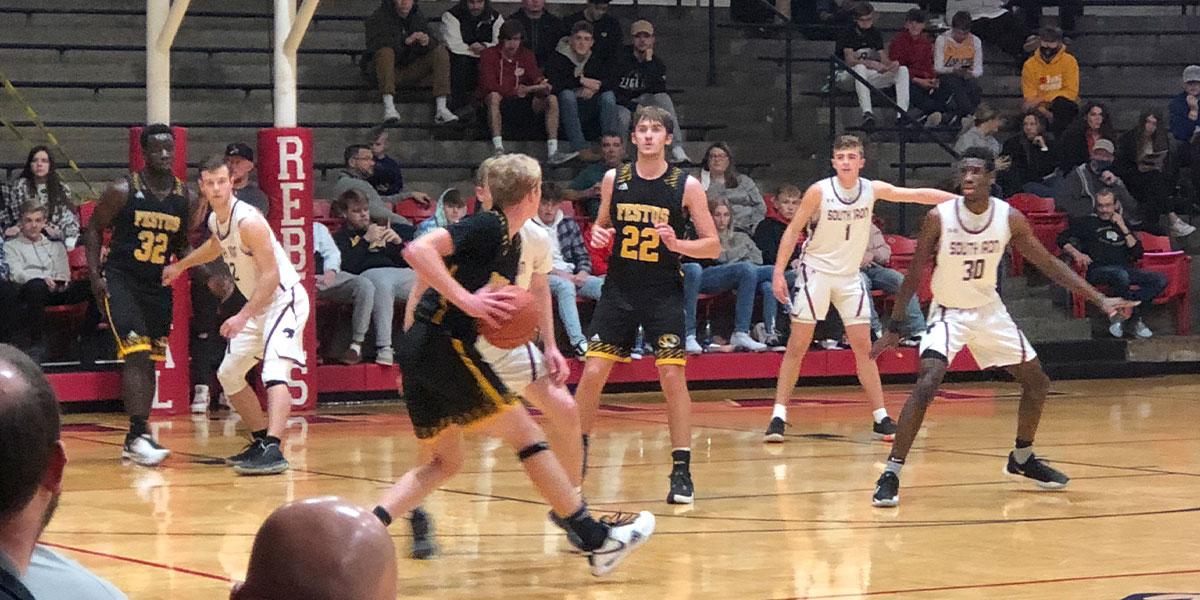 This was the first time these two teams have matched up since 2017. South Iron has beaten Festus two out of their last three meetings dating back to 2016.

The Festus Tigers lost to the South Iron Panthers 79 to 62 on Tuesday in the Park Hills Christmas tournament. This was the first time these two teams have met since 2017. The Panthers won two of their last three meetings with the Tigers.

Festus is the eighth seed in this tournament and came into this game fresh off of a blowout against Fredericktown. That was the Tigers’ fifth win in a row, and they did all they could to keep that streak alive. However, top-seeded South Iron is undoubtedly one of their toughest opponents to date, and they showed them why early.

The Panthers are a team that notoriously starts fast. They got off and running with a 13-0 run to start the game. Festus had a hard time scoring the ball early and felt the wrath of South Iron’s attack. The Tigers trailed 23-11 at the end of the first quarter. Festus showed signs of life in the second. Arhmad Branch led the charge in the quarter with seven points and brought his total to 12 for the game. The Tigers scored 14 points but also allowed 14 to the Panthers. They went into the half behind 37-25.

Festus made some adjustments at the half and came out with its strongest quarter of the day. The Collins led the way for the Tigers in the third. Collin Reando had a basket and went 3-4 from the free-throw line. Collin Weinhaus hit two shots from three-point range. Festus outscored South Iron 21-17 in the third, but still trailed 54-46 at the start of the final quarter. The Panthers snatched back the momentum in the fourth as Cole Rickermann did his best to keep the Tigers in it, with ten fourth-quarter points. South Iron responded with a 25 point fourth quarter and secured a 79-62 victory. The Panthers put a stop to the Tigers’ winning streak and handed them their third loss of the season.

“They are a great team,” Head  Coach Jason Therrell said.  “We got down early but made some nice comebacks. I’m really proud of the kids’ effort and what we did as a team.  We had the score to 64-58 and just couldn’t get over the hump. A lot of credit goes to South Iron.”

The Tigers felt a few minor adjustments could have swung the outcome in their favor.

“If we came out and matched their energy, it would have been a better outcome,” Branch said.

Branch led the Tigers with 20 points. Rickermann was just behind with 18. They each made three three-pointers. Reando was the only other Tiger in double-figures with ten points. Weinhaus hit three shots from three-point range, which gave him nine points.

“We played great I think. ” Weinhaus said. “If we could have gotten a couple more stops, made a few more shots and kept it within ten at the end, it would have been much closer.”

Festus’ record is now 6 and 3. This was their first loss since they lost to Seckman on Dec. 8. The Tigers hung tough and had some moments, but ultimately couldn’t pull out the win. However, they are not out of the Christmas tournament yet. They will have to bounce back quick because they are back in action tomorrow, Dec. 30 vs Ste. Genevieve.