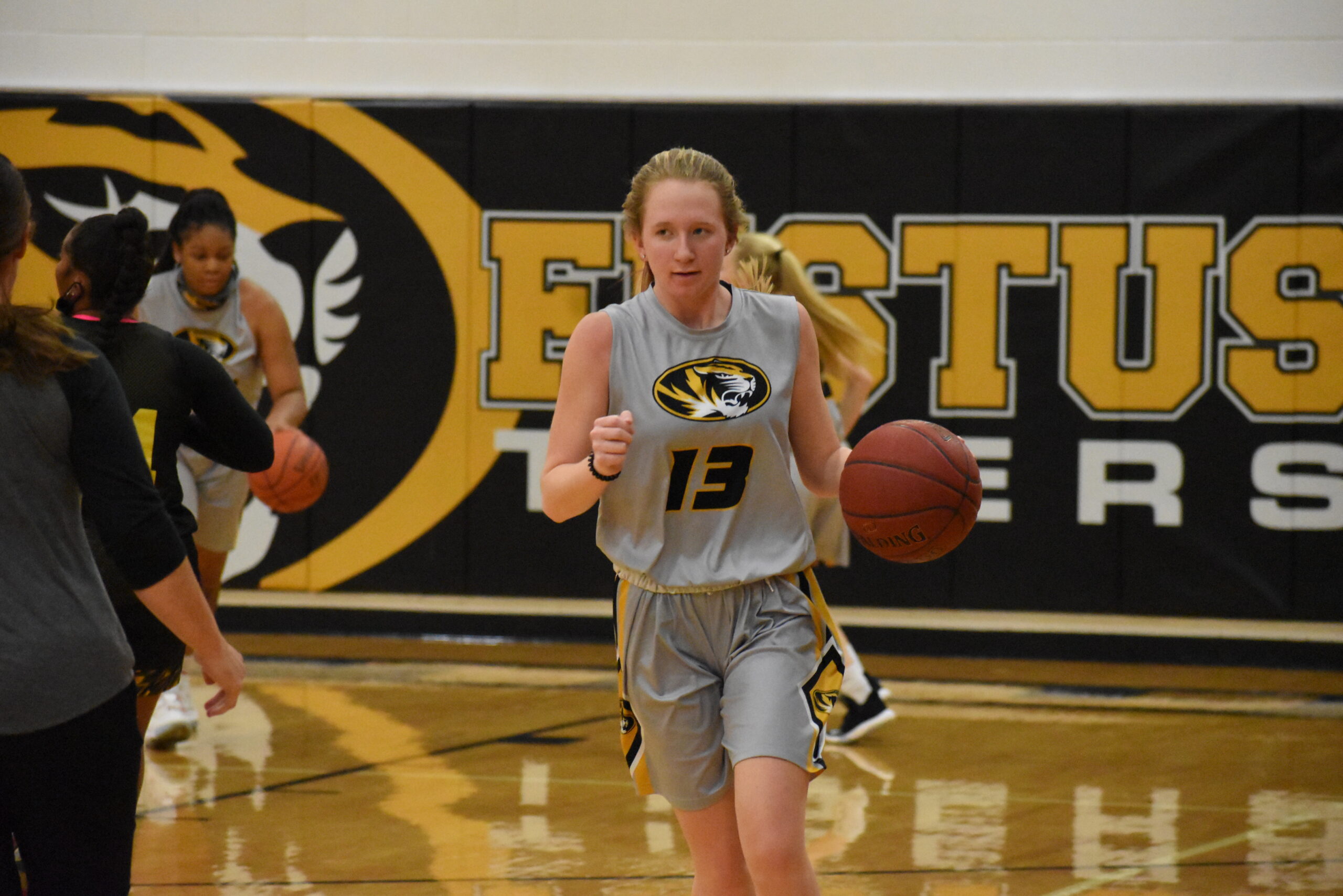 This was Festus’ second loss in a row to the Pirates. Prior to 2020, they beat Perryville six consecutive times dating back to 2014.

The Festus Tigers girls’ varsity squad lost their fourth consecutive game this season to the Perryville Pirates on Thursday.

These two teams were locked in a battle from the beginning. Perryville scored 18 points in the first quarter, and Festus was just behind with 15 of their own. The Pirates continued their offensive and piled 17 more points on top of their total score. The Tigers stayed close and scored 14 of their own. Perryville led 35 to 29 at halftime.

Festus struggled at the start of the second half. The third was the lowest-scoring quarter of the day for the Tigers. They were only able to manage seven points.

“We struggled executing our offense. ” Josie Allen said. “We could’ve come out of the half and played a better third quarter. I think a stronger third quarter would’ve helped us big time.”

The Pirates scored 18 in the third. They led 53 to 36 at the start of the fourth quarter.

Festus had a strong showing in the final eight minutes. They outscored Perryville 19 to 14. However, the Pirates’ lead was too much to overcome. Festus lost to Perryville 67 to 55 and fell to 1 and 4 on the season.

The lackluster start to the second half loomed in the back of the team’s mind.

“We definitely struggled the most with coming back  third quarter. ” Mya Courtois said. “If we would have come out stronger, we would’ve done much better.”

Despite the loss, Allen had a good night on the stat sheet. She scored 21 points and pulled down ten rebounds. She shot 8 for 15 from the field. Taylor Thompson scored nine points and had seven rebounds. Lily Knickman shot 3 for 4 from the floor, scored eight points and grabbed six rebounds. Emily Holt had six points, six rebounds and two steals. Courtois scored seven points.

“I think we struggled most with just making our easy shots. ” Samantha Helbrueck said. “We did do a great job breaking the press and seeing the floor, but we just needed to make all those easy shots we missed.”

The Tigers have not had much luck since they won their first game of the season. A four-game losing streak is nothing to dwell on. All Festus can do is learn from their mistakes and adapt. They will look to right the ship Monday, Dec. 21 at home against Herculaneum.