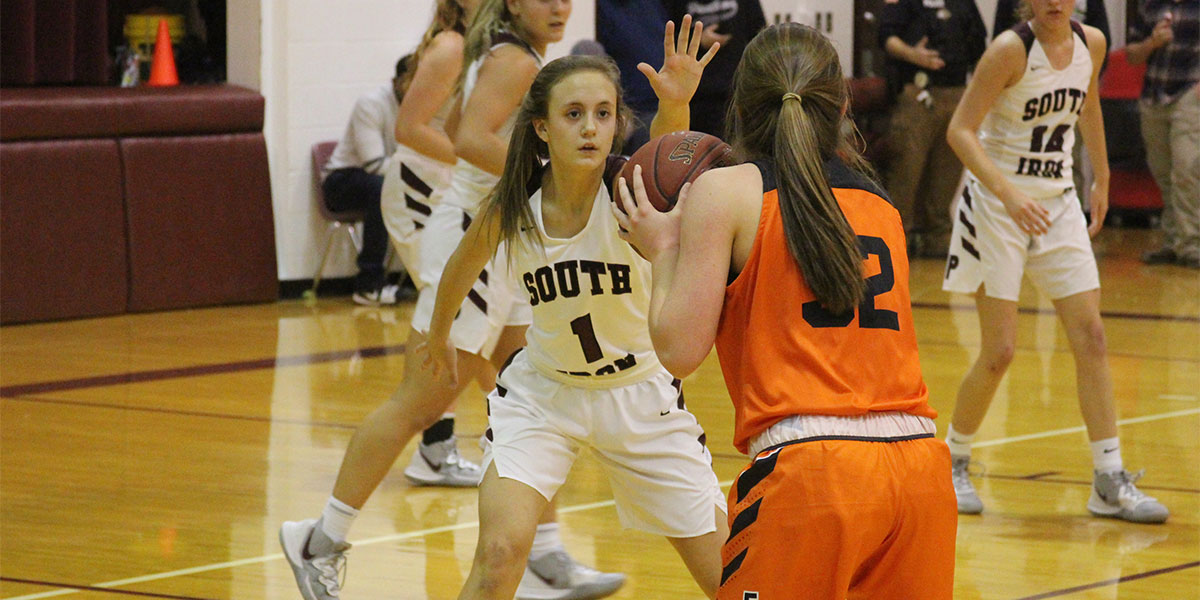 The South Iron Panthers Girls Varsity Basketball team beats the Ellington Knights for the third time in five meetings on Tuesday. South Iron has a dominant history over the Knights, with the Panthers beating Ellington 11 times in a row leading up to the 2019 season.

The South Iron Panthers Girls Basketball team defeated the Ellington Whippets for the third time in two years on Tuesday with a 64-51 victory. The Panthers looked to get back on track after their first loss this season in the Valley Caledonia Tournament Championship against West County.

The Panthers got off to a slow start, which is the opposite of what we’ve seen so far this season. They were only able to score ten points to Ellington’s 13 in the first quarter. South Iron got back on track in the second quarter though, as they outscored Ellington 20 to 11 and took a 30 to 24 lead into halftime.

The Panthers added to their lead in the third. They outscored the Whippets 21 to 11 and held a 16-point lead at the start of the fourth. Ellington made it tough and won the fourth quarter 16 to 13 but the Panthers’ lead was too much to overcome. South Iron secured a 64 to 51 victory and moved its record to 3 and 1.

Freshman Enzley Dinkins has made herself comfortable early in her first varsity season. She shot 6-of-8 from the floor and 4-of-6 from behind the three-point line, which was good enough for 18 points. She also contributed six assists, two rebounds and two steals.

“I think our team has accomplished a lot this season,” Dinkins said. “I think a few of those things are playing as a team, keeping our attitudes in check and playing with extreme effort.”

Allecia Cornell was the second-highest scoring Panther. She had 13 points and shot 6-of-8 from the field, also dishing out five assists and grabbing three rebounds. Drew Gayle scored 12 points of her own.

“I think that our biggest strengths for our team are being able to play and work together as a team and help one another get good looks at the goal,” Cornell said. “Another strength that really helps our team out is our speed. That helps us a lot because we aren’t the tallest but we can run the floor and get good transition looks.”

Madison Ayers was the only other Panther in double-figures. She made her mark on the game with 11 points, ten rebounds, six assists and four steals. She also played 24 minutes, which led the team. The Panthers shot 60 percent from the field as a team.

South Iron has had a dominant history over Ellington. The Panthers hold a 3 to 2 advantage over their last five meetings, but before 2019, they beat the Whippets 11 straight times dating back to 2009.

They look to keep it rolling against a new opponent on Monday, Dec. 14, as they take on Fredericktown at 7:30 pm.