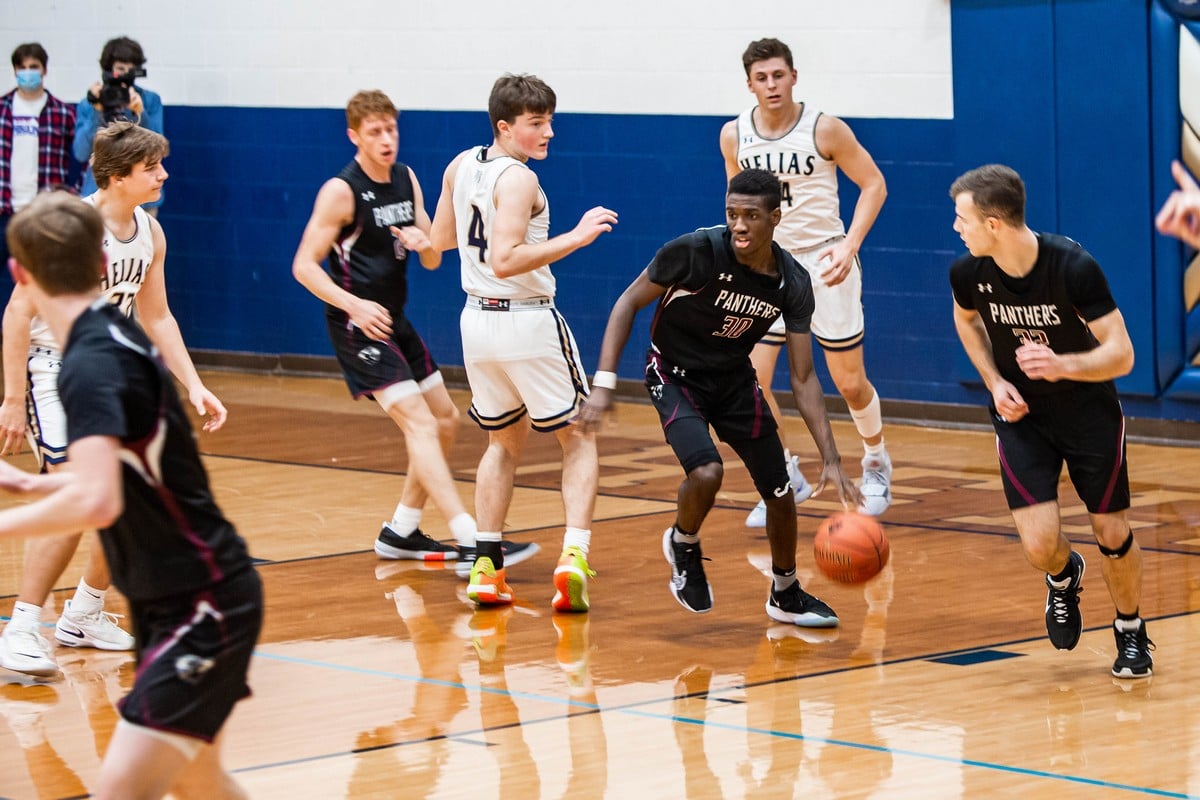 The last time the Panthers lost was the final game of last season in the district tournament. This Year Helias Catholic narrowly beats South Iron in a back and fourth game and the Panthers fate wouldn’t be determined until the final seconds of the game.

The South Iron Panthers suffered their first loss of the season to Helias Catholic on Thursday night. Losses don’t occur often for the boys’ varsity squad. The last time the Panthers experienced a loss was in the final game of the season last year to Dora in the district tournament.

South Iron stayed consistent with a theme we’ve seen this season so far and jumped to a big lead in the first quarter. They held a double-digit lead into the second quarter. Helias came storming back. They put a stop to the Panthers’ scoring and scored 20 points of their own in the second. The game was knotted at 32 at the end of the first half.

It was a tug-of-war battle for the momentum and South Iron snatched it in the third quarter. They outscored Helias 15 to 9 and took a 47 to 41 lead into the fourth quarter. Unfortunately for the Panthers, the momentum was stolen back by Helias. They scored 21 points in the fourth which was their highest-scoring quarter of the day. South Iron made some mistakes in the final eight minutes and only scored 13 points.

“We had a couple of bad shots and turnovers that led to great shots for them down the stretch,” Drenin Dinkins said. “We also could have rebounded better late in the game.”

Helias squeaked by South Iron 62-60 and handed the Panthers their first loss since March.

Execution down the stretch seemed to be the main issue for South Iron.

“We had too many mistakes in key moments late in the second half,” head coach Dusty Dinkins said. “However, we gave a tremendous effort and hung tight until the end. Helias is a very good Class Six team and we came away with many areas we can get better at. No doubt this game will help our team to continue to grow towards reaching its fullest potential.”

DJ Prater reiterated what seemed to be on the mind of every Panther.

“As a team, we turned the ball over too many times,” he said. “And we had some bad possessions down late.”

Brock Wakefield led the Panthers in scoring with 20 points. He also helped with five rebounds and three assists. He shot 7 for 8 from the free-throw line. Dinkins was the next highest scorer with 15. Prater added  13 points and eight rebounds. The Panthers struggled to control the ball at times. They had 14 turnovers as a team.

A loss for a team like South Iron can be humbling. The Panthers are consistently on the right side of lopsided games and a loss can force a team to focus on the minor details. They will look to bounce back in their home opener Tuesday, Dec. 15 against Arcadia Valley.