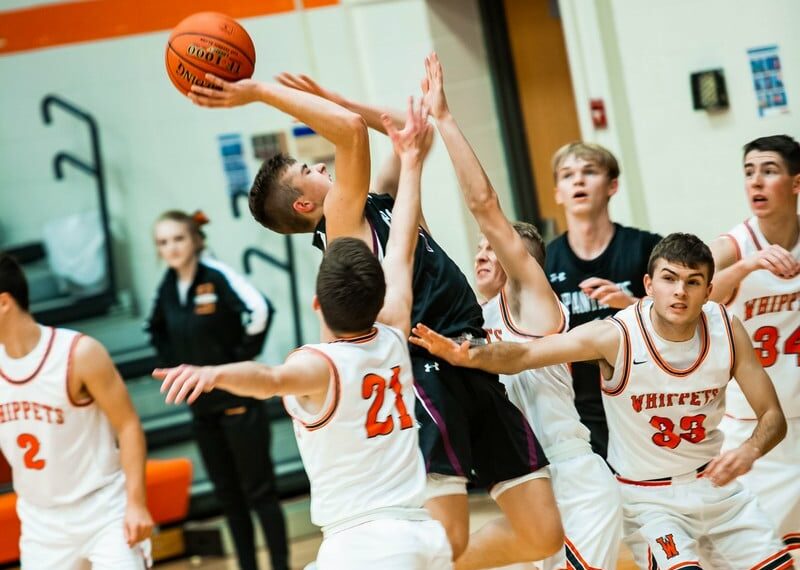 South Iron Dominates Ellington for the Second Time this Season

The South Iron Panthers rolled over the Ellington Knights 94-35 on Tuesday night. The Panthers are 4-1 in their last five match ups with the Knights.

The South Iron Panthers powered past the Ellington Knights on Tuesday night 94 to 35. This is the second time this season the Panthers beat Ellington.

The third quarter was similar to the first as The Panthers were locked in defensively and scored at will. They had a 50 point lead by the end of the quarter. The Knights’ fates were sealed in the fourth when the Panthers outscored them again and secured the 94 to 35 victory to move to 4-0.

The Panthers’ defensive energy was one of the biggest factors in their dominant victory.

“We did a good job of disrupting their flow and getting in the passing lanes,” Drenin Dinkins said. “Which led to steals and transition buckets.”

Wakefield confirmed the team’s defensive prowess was one of the deciding factors for the Knights’ fate.

“I would say our defensive pressure was the biggest strength in the game,” he said. “It led to easy buckets on the offensive end.”

South Iron is 4-0 and won all of their games by an average of 58 points. The next challenge presented to the Panthers is Helias Catholic. That game will take place Thursday, Dec. 10 at 6:30 pm.

South Iron Dominates Ellington for the Second Time this Season