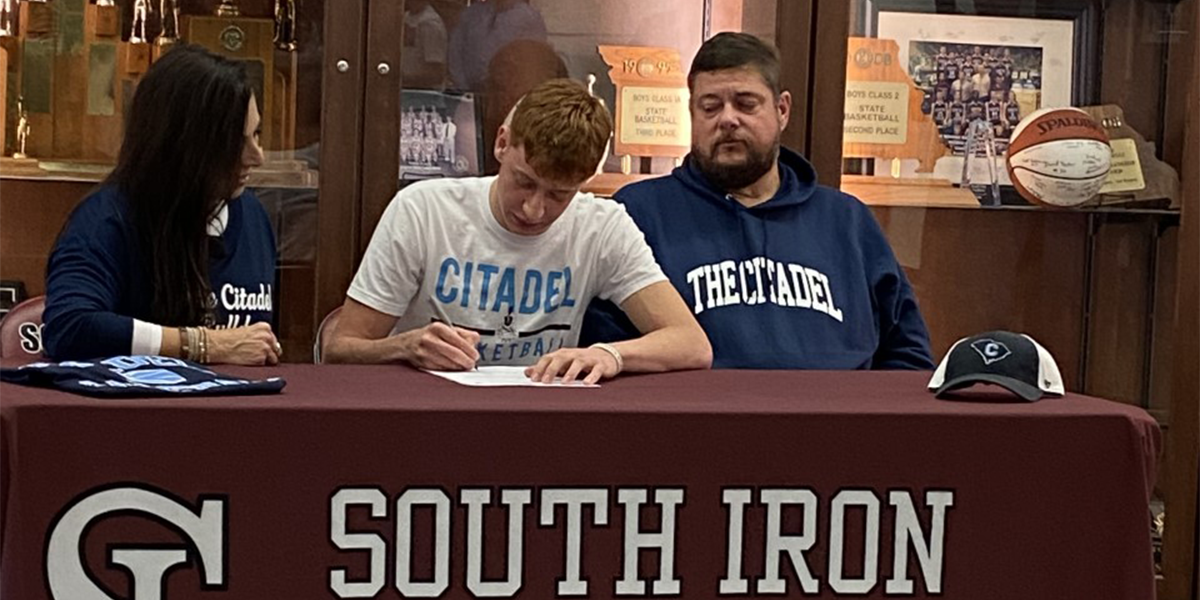 The South Iron Panthers standout athlete Brock Wakefield has committed to the Citadel to play both baseball and basketball. Brock is one of the Panthers leading contributors on the diamond and has a trophy case full of accolades he has earned on the basketball court.

Multi-sport student-athletes are becoming a rare species as time goes on. Many of these student-athletes play multiple sports early on in their lives and eventually choose one to attempt to pursue at a high level. That is not the case for South Iron’s Brock Wakefield. He recently committed to the Citadel, a division one school in Charleston, South Carolina. He will play both basketball and baseball for the Bulldogs. 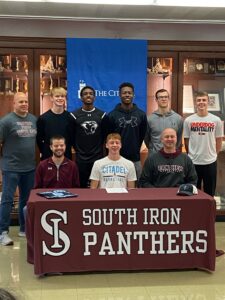 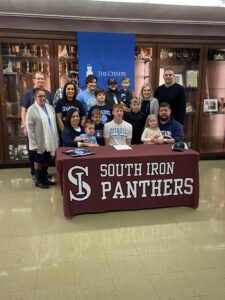 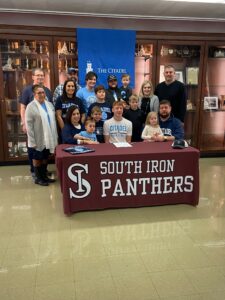 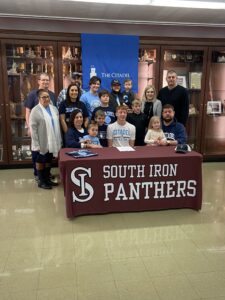 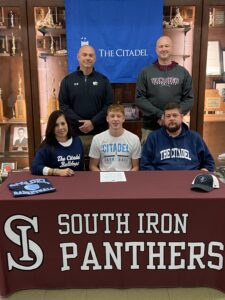 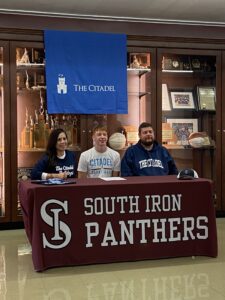 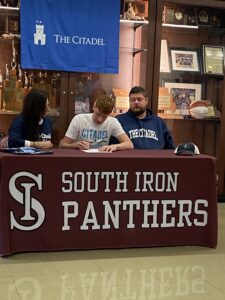 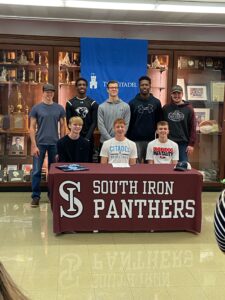 Wakefield helped South Iron to a 13-3 record this season. The Panthers’ offense was high powered, to say the least. They scored over five runs in 12 of their 16 games this season. This was an offense with threats up to and down the lineup and Wakefield led the team in almost every major offensive category. He was 28-47 which put his batting average at an absurd .596. His average and his 28 hits led the team. His on-base percentage was .703 and his slugging percentage was a whopping 1.021. Both also led the team. He also led in RBIs with 22, triples with three, doubles with eight and was tied for the team lead in home runs with two.

Wakefield also carried a lot of the load on the mound for the Panthers. He pitched the most innings on the team with 32.2. He was tied for the team lead in wins with four, struck out a team-leading 59 batters, had an earned run average of 1.50 and a microscopic WHIP of 0.86. He did all of this and only allowed nine runs. He has been named an all-conference player three times, all-district and all-state twice and was the conference player of the year in 2019.

While his baseball resume stands out, his basketball resume is arguably more impressive. Last season he averaged 20.6 points, 6.8 rebounds, 3.8 assists and 3.9 steals per game. The Panthers have won at least 22 games in every season he has been on the team. They went 29-1 last year overall and had a perfect 26-0 regular season.

In the short time we’ve known Brock, we’ve realized one thing… He can be awarded every individual award possible, but there’s one title that means more than anything else that has yet to be captured. The one accolade that one individual can’t be awarded, because it takes a team. The title each of the Panthers wants to proclaim at the end of the season… State Champions!