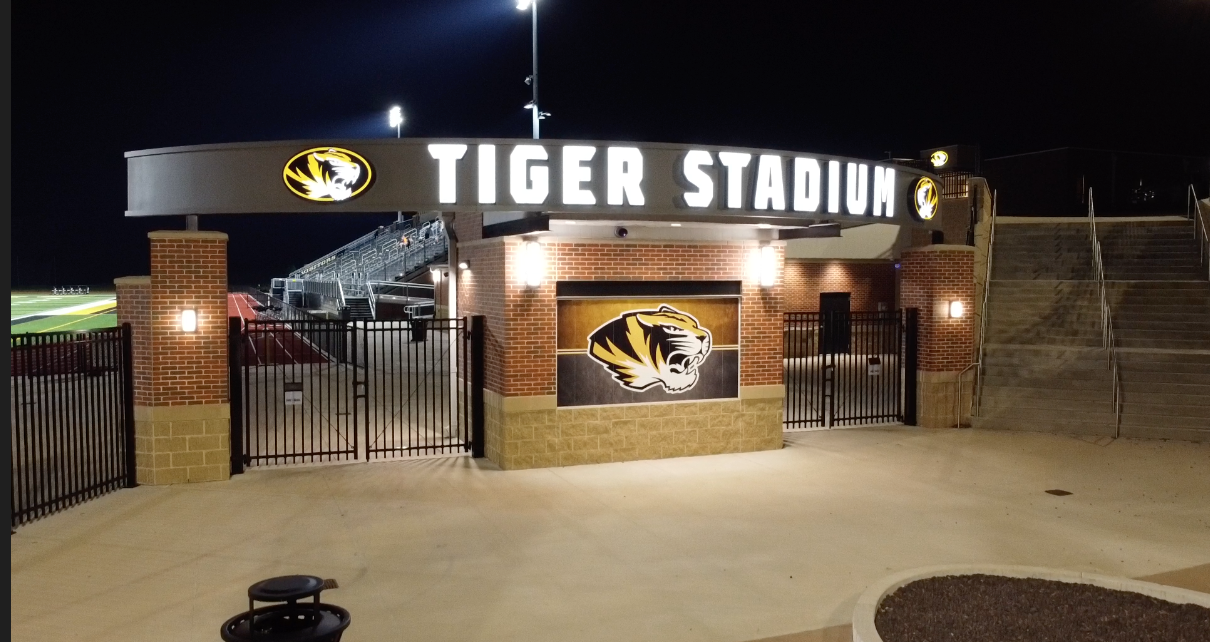 Despite a gutsy comeback, the Tigers can’t stop the ground game and fall to Union 34-25 in the Missouri District 1 Class 4 State Championship Quarterfinals. In spite of the disappointing end, it was a spectacular season for Festus under first year Head Coach AJ Ofodile.

An outstanding season for the Festus Tigers came to an abrupt end on Friday night as they fell 34-25 to the Union Wildcats in the District 1 Class 4 State Championship Quarterfinals. A valiant comeback made the game close, but ultimately the Tigers couldn’t handle the ground game of the Wildcats.

Despite the loss, the Tigers kept things in perspective and were thankful for the opportunity. Daylen Wagoner put it best, saying, “It’s always tough to lose a good well fought game, but I’m just grateful I was able to get out on the field and compete with my brothers one last time, and I’m just grateful we had a season to begin with. Couldn’t ask for better teammates, coaches or community.”

The first quarter was nothing to write home about from a Festus standpoint as Union Runningback Gavin Wencker scored the lone touchdown; his first of five in the game. He managed another to start the second quarter, but Festus roared back after falling behind 14-0.

Wide receiver Cayse Martin accepted the ensuing kickoff, and after a couple of nifty moves, made a 94-yard dash down the sideline for a newsworthy touchdown. And just like that the Tigers were back in the game trailing just 14-7.

Martin had some thoughts on the game, “I feel like we just didn’t execute at the level we should have and what we have been doing all season. Union was a good team, but it was a very winnable game. They just beat us to the punch. The loss takes nothing away from our season. This team has grown so much through adversity and the obstacles that were in the way and to have a season where you go 10-2 and win a conference and district championship says a lot about this group.”

Very well said, but unfortunately Wencker struck again to make it 20-7. Martin and the Tigers responded in kind with a clever trick play on a fake fumble that Cayse snatched up and rushed into the endzone for a 20-yard score. That ended the half at 20-13 in favor of the Wildcats, but the Tigers had momentum.

The second half opened with another solid Tiger drive, finished off by a Cayden Glaze one-yard run to trim the lead to 20-19. But Union went to work in the fourth quarter with a pair of rushing TDs from Wencker and built their lead to 34-19.

The Tigers came back with a two-yard TD from Landen Yates, but it wasn’t enough, and as the clock ticked to zero they found themselves down 34-25, ending a valiant and praiseworthy season.

For the game, Quarterback Cole Rickermann wasn’t his usual dominant self, but still managed 166 yards on 14-of-30 attempts. Glaze was the clear cut favorite on the rushing side with 76 yards and a TD on 14 totes, while Collin Doyel led the receiving core with 67 yards on four grabs.

Glaze had this to say about his season with his football brothers, “It’s tough to see the season end, especially with aspirations of going further. The team fought hard, and played until the final whistle. I couldn’t be prouder of my brothers on the team, and I am glad we were able to play a whole season with the crazy circumstances.”

Defensively Cole Wagner led the charge with 11 tackles and Desmond Davis racked up seven of his own with three for a loss and a sack to boot.

Wagner showed optimism despite the results, saying, “It was tough to walk off the field for the last time. But I’m proud of the effort that we have showed throughout the year. Even though we came up short of our ultimate goal, it was still a special year with some great guys.”

Davis chimed in as well, saying, “ I love my team and coach Ofodile. They made me feel like family and made sure I had what I needed, so I gave back to my coach and team by playing my heart out every game.”

This Festus Tigers squad is gushing with pride for each other and they have every right to be. This was a blockbuster season under a new Head Coach and every crazy thing that 2020 could throw at them.

Luke Greenstreet said it best with, “I couldn’t be more proud of my brothers. We fought through a lot of adversity this season and we pushed through no matter what. I wouldn’t trade this team for any other team in the world.”

The current Conference Coach of the Year, AJ Ofodile, had some thoughts as well on how his young men performed. “We had a great group of seniors who were able to do an admiral job of leading us through a great deal of uncertainty and adversity. The support of our school administration and our community overall has been fantastic. Going forward we are going to have to build a foundation rooted in commitment to offseason player development. We will be very young next year but we’re excited about the future of the program.”

You can bet that this band of brothers will be back with a vengeance next season.